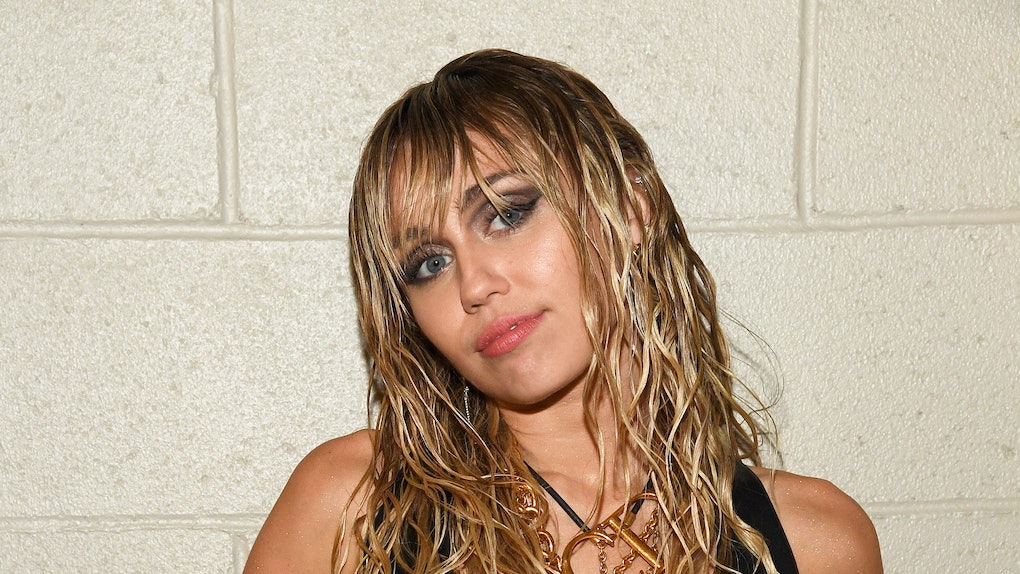 Just days after ringing in Miley Cyrus' 27th birthday together, the "Slide Away" songstress and Cody Simpson had a lot to be thankful for as they reunited on Turkey Day. The Aussie singer flew out to Nashville to spend the holiday with his girlfriend's family, and this pic of Miley Cyrus and Cody Simpson’s Thanksgiving seems to say, "What breakup rumors?" From the look of things, this couple is going stronger than ever as we head towards 2020, so stans can rest easy.

If you've been following along, Cyrus has had a pretty rough couple of months recovering from vocal cord surgery followed by surgery for tonsillitis last month. Simpson has been living in Los Angeles while she's been resting up in Nashville, and the pair's long distance relationship has recently spurred rumors that their romance was starting to cool.

However, the couple put the split speculation to bed once and for all on Thursday, Nov. 28 when the Australian musician spent the holiday with Cyrus and her family. Miley's sister, Noah, took to Instagram to share a black-and-white photo of the group, which included her brother Trace and mom Trish, writing, "Extremely thankful for everyone at the table. (a very sober thanksgiving staying hydrated)."

In the post, Miley and her beau can be seen seated at the end of the family table together looking very comfortable and happy together. As everyone knows, spending the holidays with your S.O.'s family is a big step in a relationship, and it seems to suggest that things are boding well for this couple.

While the couple has taken their PDA and public professions down a notch since they first got together in October, that doesn't mean that their relationship is on the rocks. An inside source recently told People that while they're currently doing long distance, the lovebirds are still very much invested in being together.

"Miley and Cody have their separate lives," the source said to the publication. "Cody had to stay in L.A. but has visited Miley in Tennessee. They have a very easy relationship. They see each other when they can, and when they are apart, things are good too. This works for both of them."

Meanwhile, a source reportedly told E! News that they could be looking at a future together as Cyrus has started taking steps towards building a life in Los Angeles.

"They are very happy together. She has a new house in LA and when she's in town, she has been spending most nights there," the source reportedly said. "She was out of town and they definitely missed each other. They reunited and you could see how happy they were to be back together again. It's clear they are very into each other."

Judging by the fact that this relatively new couple is now spending their first Thanksgiving together and are making moves towards a future where they'll hopefully be in the same city more often than not, I have a feeling we'll be getting more Cyrus and Simpson sightings as we get closer to the holidays.