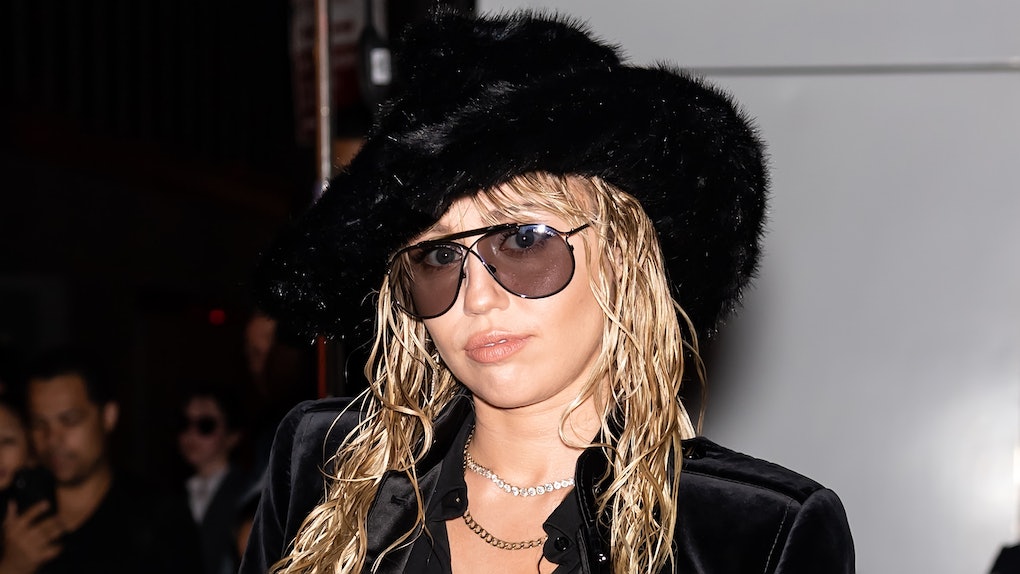 Despite rumors that they may have split, Miley Cyrus and Cody Simpson are reportedly still dating. "Miley and Cody saw each other last week when he visited her in Tennessee. They are fine and are still dating," a source reportedly told E! News on Nov. 18. "Miley has been resting from her vocal surgery but has been in touch and seen Cody recently."

If you've noticed that the couple has been a little uncharacteristically quiet when it comes to posting their signature lovey-dovey pics and vids on social media, that's reportedly only because the two have been long distance. Cyrus has reportedly been living in Tennessee, while the source reportedly told E! News Simpson has been kicking it in California. (Elite Daily reached out to reps for Cyrus and Simpson for confirmation on their relationship status.)

Despite the distance, another source reportedly told E! News that the couple is still apparently making the most of the time they do have together. "They are very happy together. She has a new house in LA and when she's in town, she has been spending most nights there," the source reportedly said. "She was out of town and they definitely missed each other. They reunited and you could see how happy they were to be back together again. It's clear they are very into each other."

At the end of the day, the only thing reportedly keeping them apart is Cyrus' jam-packed schedule. "She has a busy schedule and a lot of work commitments that have kept them apart," the source reportedly continued. "But when they are together there's no doubt they are crazy about each other."

That all being said, Simpson reportedly understands Cyrus is a busy woman and is totally cool with it. "Miley always made it clear to Cody that she likes to have freedom and he always understood the dynamic of the relationship," the first source reportedly explained to E! News. "They have been friends for years and will always be, and are currently fine and on great terms."

These reassuring reports come shortly after OK! claimed that Cyrus and Simpson were "taking a break" from their hot and heavy relationship.

While we can't know for certain what's going on between the two, here's to hoping the couple is doing whatever is right for them.