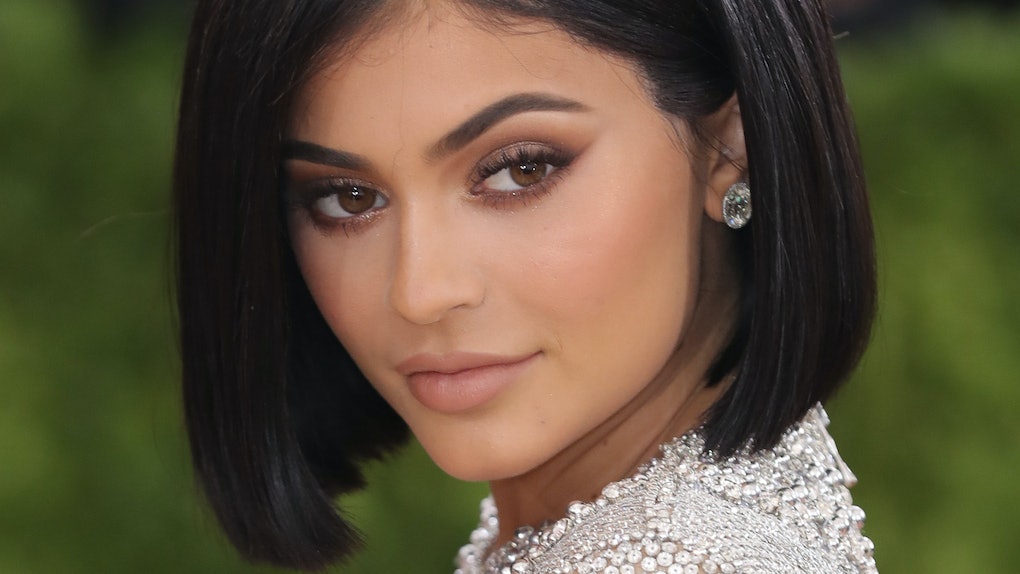 Does Stormi Have A Middle Name? Kylie Jenner's Baby Has A Unique Moniker

All hail baby Stormi! Kylie Jenner finally announced the name of her new baby girl, and fans are loving it! The public has spent months and months speculating, analyzing, and guessing what the youngest Kardashian/Jenner sister might name her first child, and the good news finally arrived. Welcome Stormi! Now, we just have one little question. Does Stormi have a middle name?

UPDATE: According to a report from E! News on Feb. 8, baby Stormi does not have a middle name. Her full legal name is Stormi Webster.

EARLIER: It might sound like a stupid question, but stick with me folks. Stormi's cousins, North, Saint, and Chicago West, don't have middle names. The first-and-last-name-only trend was kind of kicked off by Kim Kardashian and Kanye West, and it's totally possible Kylie is jumping on that bandwagon. Even I have to admit there's something poetic and powerful about simply having a first and last name. (It's not quite as powerful as just one name, like Cher, Madonna, or Prince, but ya know, pretty close.)

Jenner announced Stormi's name on Instagram with a gorgeous picture of her daughter holding her hand. The caption read "Stormi" with an angel emoji.

Initially, everyone thought she was going to name her baby Butterfly or even Monarch. That's because she and Travis Scott have always had a thing for butterflies, even before she was pregnant. "Butterfly Effect" is the name of one of Scott's famous songs, plus both he and Jenner have a small butterfly tattooed on their ankles. Jenner also showed off a massive butterfly necklace in her pregnancy video along with a butterfly themed nursery for her baby.

Literally, all signs pointed to Butterfly.

However, like with all the Kardashian kids that came before Stormi, the public loved crafting their own name theories. Fans bounced around all kinds of other ideas including Mariposa, Posie K, or Krystal. Of course, any one of Kylie's makeup names would have also made sense. (I was personally rooting for "Okurrr!," but also, I'm an asshole.)

Jenner announced Stormi's birth on Feb. 4 with a sweet message explaining some of the secrecy behind her pregnancy. She posted,

Even though fans have hated being in the dark for so long about so much of Kylie's recent life, they instantly forgave her for all the mystery. In fact, no one was even that mad it took her two days to tell us her baby's name! (Do you guys remember the uproar over The Great Christmas Card Debacle of 2017? Now THAT was dramatic.)

Sending you light, love, and so much joy, little Stormi! Whether you have a middle name or not!