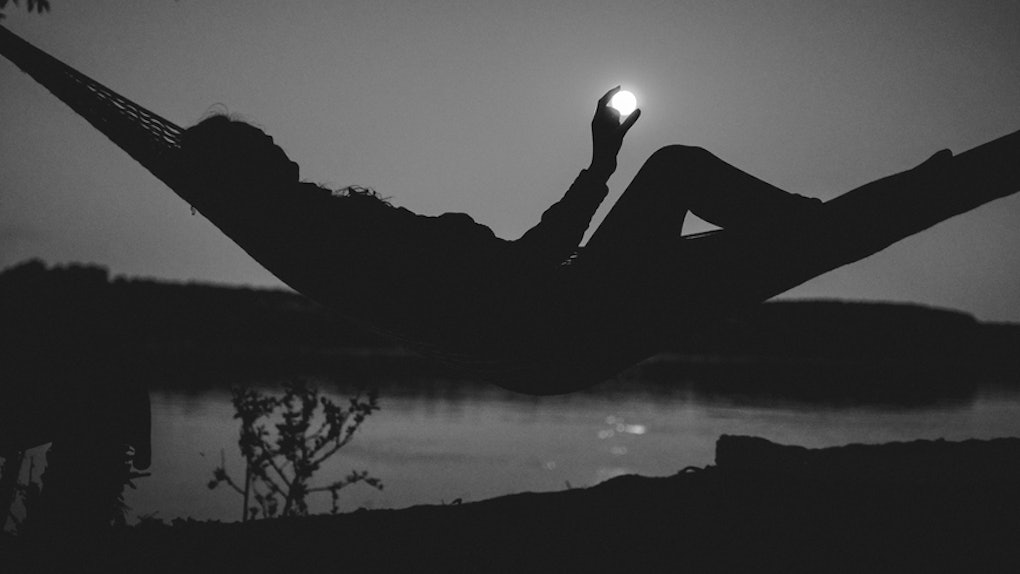 Does Mercury Retrograde Affect Your Period? These Are The Signs To Look Out For

Mercury has been in retrograde for several days now, and we still have roughly a week to go before it's over. But for now, the retrograde is causing a whole slew of strange happenings and miscommunications, which is why it can feel like it's taking control of your life. You might wonder how much of your life's drama is actually caused by you, and how much is caused by a foreign planet. If Mercury can mess up travel plans and lead to arguments, it's not too strange to wonder whether Mercury retrograde affects your period, too.

Now, please keep in mind here, there isn't any hard, scientific correlation between Mercury being in retrograde, and changes in or effects on your menstrual cycle (that we know of, at least). But that doesn't mean that you won't experience some wonky, weird stuff happening in your body over the next three weeks. After all, a lot of the things that people commonly associate with a Mercury retrograde period are factors that can, and oftentimes do, affect your period, like your stress levels, your sleep cycles, abnormal mood swings, and more.

So, here are five ways Mercury's retrograde period might be messing with your period, so you know exactly what to look out for during this strange, astrologically fraught time.

1. You're Not Sleeping Well

If you're having trouble sleeping while Mercury is in retrograde, you're not alone. People report having increased difficulty sleeping during this time period, as well as increasingly vivid dreams.

Of course, if your sleep patterns change, so can your period. The best way to combat this is to create an environment that encourages sleep, rather than challenges it. For example, keep your eyes away from laptop and phone screens in the hour or so before you go to sleep, and try to make your room as dark as you possibly can when it's time to hit the hay.

A Mercury retrograde period is believed to hold the power to wreak havoc in your life, which can certainly lead to stress.

But regardless of Mercury's role or influence in your life, the weeks leading up to the holidays are inevitably stressful, and stress can have a massive impact on how the hormones in your body regulate your period.

If you're feeling stressed, consider a few stress-relieving strategies to deploy throughout the day: Use essential oils, meditate for 10 or 15 minutes, or even take a hot bath to decompress.

3. You're Traveling A Lot, And Losing Track Of Your Normal Habits In The Process

Mercury retrograde is known to mess up your travel plans by causing delays, cancellations, or other obstacles that make it harder for you to just go about your life, as if you don't already have enough to deal with on your plate.

The act of traveling itself won't directly affect your period, but the results of travel — the general stress of it, the unpredictability, or even changes in your eating habits as you move through public transportation and from destination to destination — certainly could.

If you're going on a trip soon, try to plan ahead for the confusion: Pack a protein bar or two in case you get delayed, and try to ensure that you get as much sleep as possible in spite of the chaos.

4. You're Having Trouble Communicating With People

If you're really under Mercury's thumb, you might experience some serious miscommunication and disagreement with friends and family while Mercury is in retrograde. Miscommunications lead to stress, which potentially leads to that hormonal disruption in your body that's fun for no one.

To combat this, try to go out of your way to almost be overly communicative with the people in your life. If you sense a conflict, be proactive rather than reactive, and try to understand where the other person is coming from, rather than taking offense at anything they say.

5. Your Eating Habits Are Changing

All aspects of your mental and physical health can potentially be affected by Mercury's period in retrograde, and your gut is no exception. While Mercury is still in retrograde, there's a chance you might crave random foods you usually don't eat, and if you're also more stressed out than usual, it's the ultimate recipe to buy a whole bunch of junk food and over-indulge to the point of stomach pain.

Your diet has a direct effect on your hormones, and thus your menstrual cycle, so if you're suddenly eating a ton of food you usually don't touch, it wouldn't be strange to see some slight changes in your monthly flow.

Don't freak out! Once you get back into the swing of your usual eating habits — and once Mercury returns to its normal planetary business — your menstrual cycle should return to normal, too.