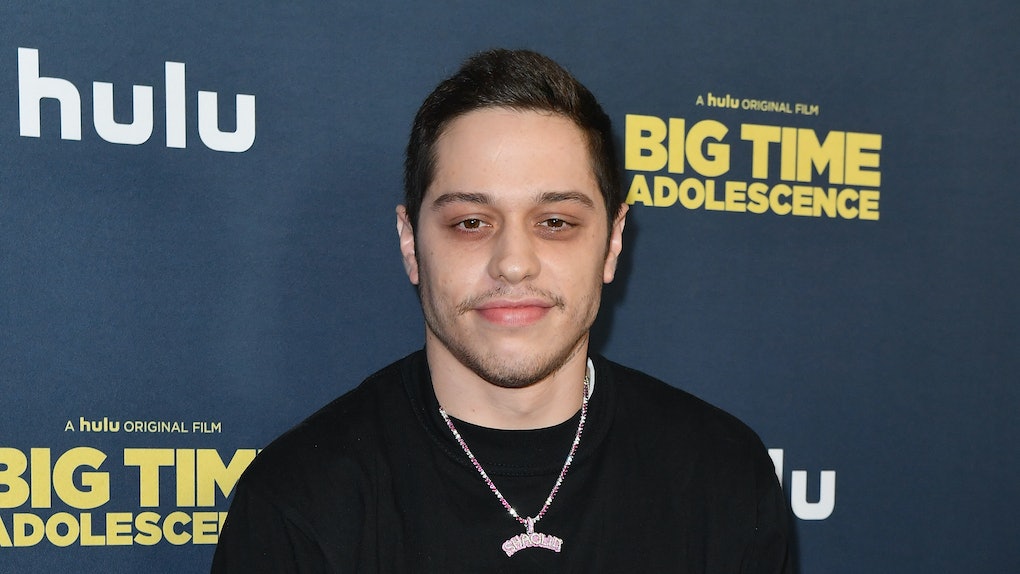 Did Pete Davidson Secretly Get Married? His Lawyer Cleared Up The Rumors

You can breathe a sign of relief, Pete Davidson stans, because — despite the rumors that Pete Davidson secretly got married — his lawyer cleared things up, calling the news "completely false." On March 16, a press release (which has since been retracted) announced Pete as a silent partner for Bodega Cats Presents, LLC, which he reportedly co-founded along with his spouse, Michelle Davidson (née Mootreddy). The site claimed Michelle and Pete were childhood friends, claimed Pete's pronouns are they/them, and claimed Pete was only now stepping forward as the co-founder and co-CEO of the company after serving as a silent partner after its launch last year.

The announcement was met with surprise, especially since the pic of Pete used on the website is a headshot that appears to be several years old. Apparently, fans were right to be skeptical. In a March 16 statement to Page Six, the Saturday Night Live star's lawyer said, "Not a word of it is true. Mr. Davidson has no idea who this person is. We are investigating and considering all legal and equitable remedies."

Pete hasn't publicly dated anyone since his relationship with Kaia Gerber, which ended well over a year ago. The comedian and the model reportedly dated for a few months before deciding to end things in January 2020.

"It got very overwhelming for Kaia," a source for Page Six reportedly claimed at the time. "Pete has a certain M.O. and he's very intense to his girlfriends. Kaia is only 18 and it's a lot to deal with." Soon after, a source for E! News reportedly claimed the couple split so Pete could "work on his mental health." Neither Kaia nor Pete ever commented on the reported breakup.

Most famously, Pete was briefly engaged to Ariana Grande. They began dating in May 2018 and he popped the question that June, but by September, their whirlwind relationship was over.

The actor/comedian also dated writer Cazzie David from 2016 to 2018. In 2020, she described their painful breakup in her memoir No One Asked For This. The exes are apparently on good terms, because Pete had nothing but kind words to share about the book. “I’m really happy for her,” he told Insider. "It did well, and, you know, we’re cool ... I wish her nothing but the best. I think she wrote a really funny book and I hope it stays on the chart.”

It's unclear whether Pete is still single, but at least those wild marriage rumors have been cleared up.

More like this
When Are Ariana Grande & Dalton Gomez Getting Married? Here's The Reported Tea
By Corinne Sullivan
18 Celebrity Couples Who Got Married In Secret
By Corinne Sullivan
Pete Davidson & Phoebe Dynevor's Reported Long-Distance Relationship Sounds Cute
By Candice Jalili
Stay up to date