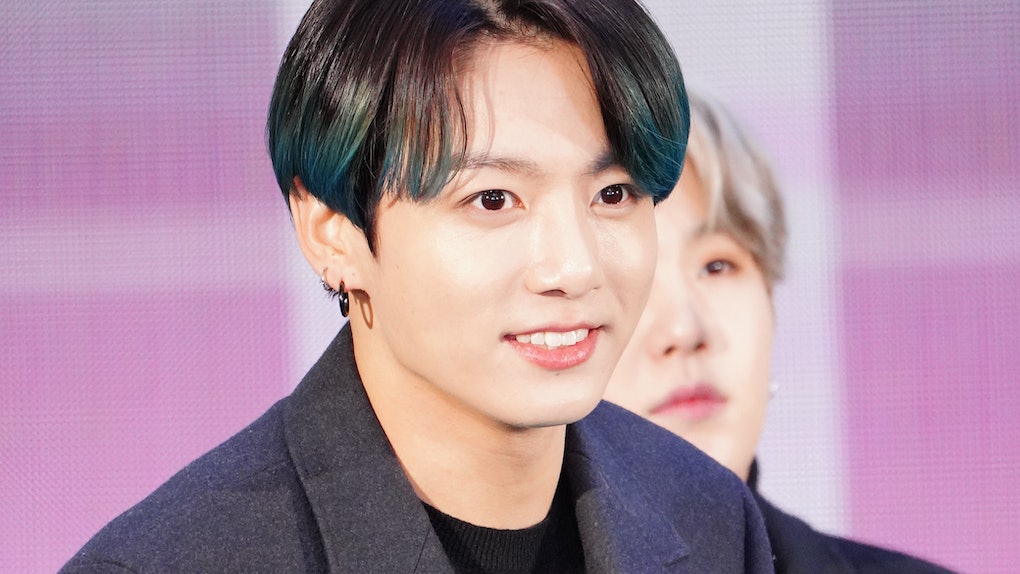 Did BTS' Jungkook Add To His Tiger Lily Tattoo? These Photos Have Fans Convinced

ARMYs are the most perceptive fans ever because, with a little digging, they can find out anything. To give you some examples, they've discovered collabs before BTS even announced them, correctly predicted their comeback dates, and even guessed the group's next hair colors right. Now, they're convinced they've made another discovery: Jungkook may have gotten inked... again. The reason fans think BTS' Jungkook added to his tiger lily tattoo is thanks to a few photos in which a rumored new design is peeking out from under his sleeve.

So far, ARMYs have uncovered around 17 tats in Jungkook's ever-growing sleeve of ink. Some pieces, like his "ARMY" and heart tattoos, are more visible, while others, like his skeleton hand and black stripes, are rarely seen due to their placement on his right arm, which is often covered by his sleeve. His tiger lily tattoo is located right above his black stripes, so it's another one of his more hidden tats.

Fans first caught a glimpse of his tiger lily piece on Feb. 27 with the release of BTS' "ON" music video. As Jungkook pulled a conch shell out of the water in the clip, fans saw a close-up shot of the design for the first time, realizing the words "Please love me" were written underneath it.

Now, fans think Jungkook modified his tiger lily tattoo. On Sept. 9, BTS appeared on SiriusXM's YouTube channel to play a round of "This or That." Since Jungkook kept raising his hand to reveal his answers, fans got a few peeks of his tattoos whenever his sleeve rolled up. Eagle-eyed fans noticed what appeared to be a new design surrounding his tiger lily one. Take a look below.

Fans can't get over the fact Jungkook has so many tattoos on his right arm. At this rate, they think he'll have a whole sleeve soon.

"Jungkook keeps adding tattoos to his sleeve and yes I feel dizzy and no I will not survive if we ever get to see his whole arm," one fan tweeted.

"Someone said Jungkook has another tattoo.. is he slowly getting his full arm tatted," another wrote.

ARMYs swoon whenever they catch a glimpse of his tats, so if they ever see Jungkook's full collection, they won't ever stop talking about it.

More like this
Is Jackson Wang In Marvel's 'Shang-Chi' Trailer? Fans Are Convinced They Hear Him
By Michele Mendez
These Photos From Prince Philip's Funeral Capture The Most Touching Moments
By Sydney N. Sweeney and Cianna Garrison
Selena Gomez's New Collarbone Cross Tattoo Has A Spiritual Meaning
By Sydney N. Sweeney
Stay up to date