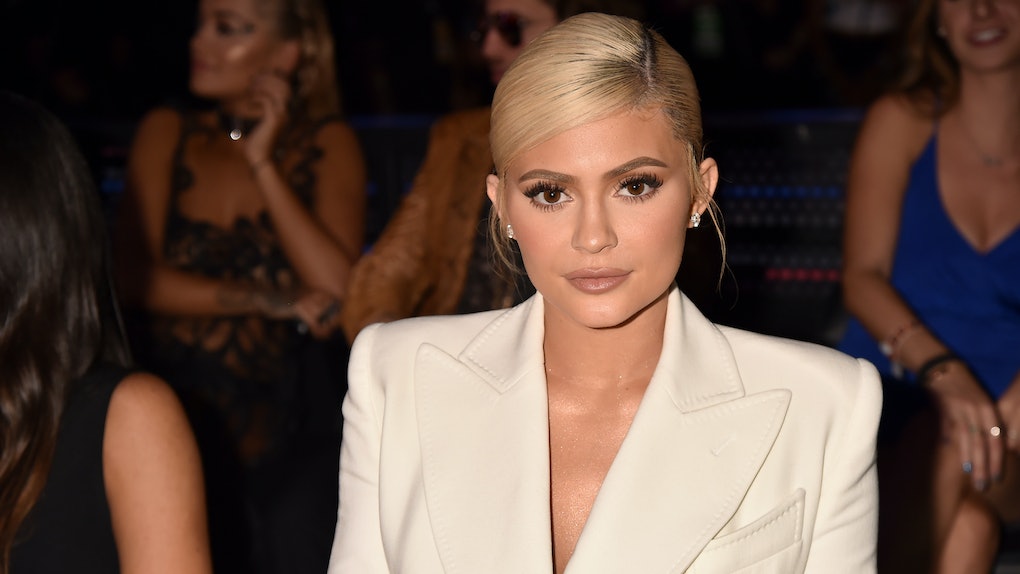 Can Kylie Jenner Sing? "Rise & Shine" Might Be The Beginning Of A New Empire

Kylie Jenner proved how powerful her social media presence is on Oct. 10, when a video of her singing three words basically broke the internet. You know what I'm talking about: that viral moment when she belted out "rise and shine" to her already awake daughter, Stormi, while giving fans a tour of her Kylie Cosmetics office in a YouTube video. Now, everyone is wondering, can Kylie Jenner sing?

Fans have flooded Twitter with this simple question over the past two weeks and I can't blame them for it. Whether Jenner will pursue a music career after this is unknown, but people can't help but wonder what's next for the makeup mogul after her brief tune caught the attention of millions, including Ariana Grande and Miley Cyrus.

Grande not only sang "Rise and Shine" in a short Instagram Story on Oct. 16, but also asked Jenner if she could sample the lyrics on her next song. So, yeah, that happened, and obviously Jenner gave her the OK.

Days later, Cyrus' boyfriend, Cody Simpson, captured the Hannah Montana alum singing the tune while brushing her teeth. It's basically an anthem in Hollywood now and I'm not mad at it.

Anyway, here's the buzz around Jenner's potential hidden talent. Seems Twitter is divided over whether the gal can actually sing or not.

While some fans remained unconvinced that Jenner can actually hold a tune, singer Charli XCX opened up on Oct. 21 about her hope that the lip kit queen will pursue a career in music.

"I'm so excited because my one dream is that Kylie Jenner becomes a pop star," Charli XCX said during an AMP Radio interview. "So, just her singing those three words is a step in the right direction for me."

Jenner definitely has us all on our toes awaiting her next move when it comes to her singing, but she's fully embraced the memes that have been made out of her slightly off-key voice.

The reality star has been a good sport, retweeting the funny pictures and videos of herself from fans. Not to mention, Jenner has already started to make money off of her singing career — without even releasing actual music. Jenner released two "Rise and Shine" sweatshirts on her website for $65 that are already sold out.

As for Stormi, it seems she's uninterested in her mom's singing skills. Jenner played a "Rise and Shine" remix for the tot on Oct. 17, and Stormi legit wanted nothing to do with it.

To be fair, Stormi did bop along to the beat for a few seconds before sweetly demanding to hear her "daddy sing." While all of the memes and videos have been entertaining, Stormi's reaction is by far the best thing to come out of this entire viral moment.