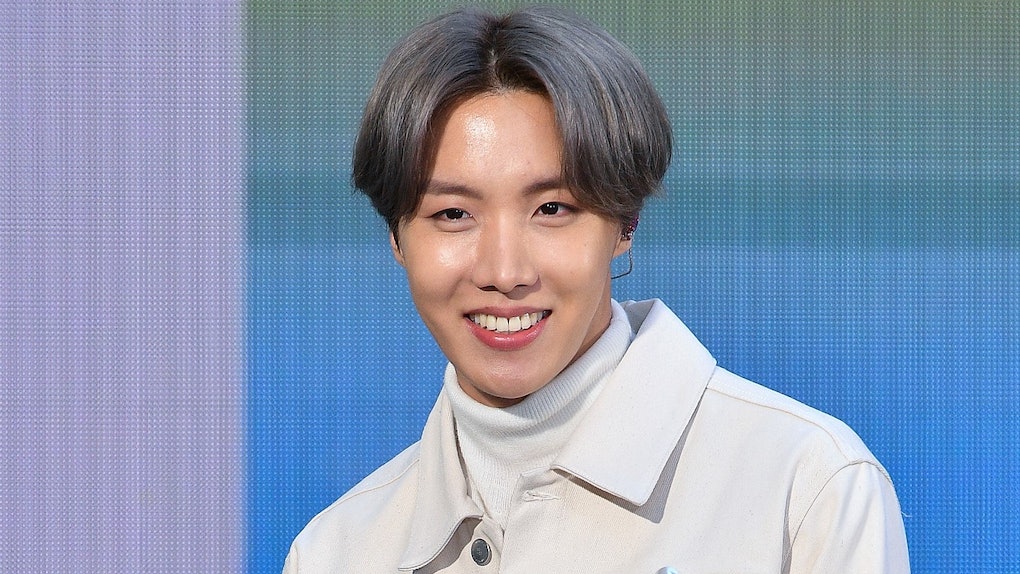 With his bright smile, infectious laugh, and all-around positive attitude, J-Hope is seen as the "sunshine" of BTS. RM said as much during the group's 2018 Japanese Hulu special, We Love BTS, sharing, "J-Hope always lights up the atmosphere." His vibrant personality can be found in everything he touches, from producing and songwriting to rapping and dancing. He just puts so much thought into making every project special for ARMYs. But J-Hope is way more than just BTS and ARMYs' happy pill. Just like anybody, he goes through difficult times, and BTS' J-Hope's solo songs explore the challenges he's overcome, like criticism and self-doubt. It's that — his ability to explore and unpack the complex highs and lows of life in his art — that's made him such a symbol of hope for his fans.

Besides showcasing his multifaceted artistry, J-Hope's music reflects his drive to become a well-rounded performer. Whenever fans watch behind-the-scenes videos of J-Hope in the recording studio or the dance practice room, they see he's always super absorbed in the task at hand, making sure he hits every note and dance move perfectly. His attention to detail is also found throughout his solo projects. Sometimes, it's the smallest vocal inflection or lyric that makes all the difference. ARMYs appreciate everything he does to make music both he and fans can be proud of.

To give you an idea of his incredible versatility and way of thinking, here are J-Hope's solo songs featuring his best lyrics and beats.

J-Hope started his solo career with a bang, because in "1 Verse," which samples The Game's "El Chapo" featuring Skrillex, he sends his haters a powerful message: Their words don't matter to him. Ironically, since his haters keep listening to his music to criticize it, his words obviously hold meaning to them, however. "Shut your mouth and listen to this verse. This flow’s atmosphere is like a salute," J-Hope says on the track.

One of the song's most pointed lyrics compare those who criticize him to "pigeons" because they flock together and run away when scared. "The pigeons that run away in a heartbeat, they don’t understand the meaning. I just diss them cooly, displaying, watch my talent," he raps.

Throughout the song, J-Hope cleverly changes his voice to better reflect the lyrics he's singing. For example, when he says he spits haters' "bothersome phlegm" on the ground, he actually makes it sound like he's doing just that, making his words hold that much more power. Fans would see more of his voice's flexibility in his later solo songs.

BTS' Wings is one of the group's most dramatic concept albums to date. Taking inspiration from Hermann Hesse's 1919 novel Demian, the record explores themes of temptation, growth, and uncertainty. J-Hope's "Intro: Boy Meets Evil" sets the mood for the album's overall dark sound. In just two minutes, J-Hope takes listeners on an emotional journey, reflected by the song's gradual build up to its climax. J-Hope's ability to effortlessly switch from soft, sensual singing to hardcore rapping is another example of his masterful duality.

In the intro song, J-Hope compares his ambition to venom, because if he asks for too much, his desires will become poisonous. "I sharpened my knife every day, but because of my uncontrollable greed, my knife became dull," J-Hope sings. "I feel the sharp reality more every day. There’s red blood from being torn apart by reality."

J-Hope brilliantly visualizes the song's meaning through its breathtaking choreography, which he practiced for months before finally nailing it.

Unlike "Intro: Boy Meets Evil," which has a more eerie feel, "MAMA" is upbeat because it serves as a thank you message to J-Hope's mother, who helped shape the person he is today. Starting with the sound of an old film camera playing back, the song gives off a nostalgic feeling because it shares an overview of J-Hope and his mother's close relationship.

J-Hope details how his mom helped "float the small boat" of his dreams by supporting his aspirations. Now that he's reached the top, he wants to give back to his mother for everything she's done for him. "Because you were fertilizer to a sprout. I will become a flower and become your own flower path," J-Hope says on the song.

J-Hope sends fans on a fun adventure through his debut mixtape, Hope World.

In the title track, J-Hope explains why he named the song and album after his alias. "My name is my life. A hopeful vibe. A positive rather than a negative type. I live up to my name but ain't no price," he raps, referencing his cheerful personality and ability to make his fans smile with his music. However, as listeners go deeper into the album, they realize there's more to J-Hope than they initially thought.

In "Daydream," he admits he occasionally feels like he's living two different lives: One as a public figure and the other as his private self. Although he feels like any other guy in his twenties, he knows he has a responsibility to be a role model for fans, so he tries his best to be a glimmer of hope for them. "I want to fill up that belief like a simple piece of cake that fills one's stomach," J-Hope says on "P.O.P (Piece of Piece) pt. 1."

The album debuted at No. 63 on the Billboard 200 and helped him become the highest-charting K-pop solo act on the chart at the time.

In this song, J-Hope uses his passion for dance to tell the story of two people falling in love. He beautifully compares finding the right person to being on the same rhythm as them. "My dreams that once had no answer, now becomes something we can relate to. Because our rhythm is matching, because we have our dance, it’s a fate-like beat," he sings.

Of course, J-Hope couldn't have a song about dance without some epic choreography to match, which he performed throughout BTS' Love Yourself and Speak Yourself tours.

Sampling BTS' 2013 track "Intro: 2 Cool 4 Skool," J-Hope's "Outro: Ego" is another one of his uplifting bops with a serious message underneath. J-Hope sings about the obstacles he's had to face to achieve his dreams, including self-doubt. "My dancing was chasing ghosts. Blaming my dream, asking why I live and breathe," he sings on the second verse.

Eventually, he worked through those tough times and has now learned to trust himself, becoming the embodiment of hope. "Seven years of anguish come out finally. Oppressions all resolved. Into my heart come answers from my most trusted... Now I don't care, it's all choices by my fate, so we're here. Look ahead, the way is shinin'," J-Hope says.

J-Hope's musical journey is the ultimate success story. It had many struggles, but with help from his family, bandmates, and fans — but mostly his incredible talent — he was able to move past them and find true happiness. Since his experiences influenced him so much, J-Hope gives back by putting all his efforts into everything he takes on. Whether it's a solo song, mixtape, or dance, all of J-Hope's musical projects reflect why his catchphrase, "I'm your hope, you're my hope, I'm J-Hope," truly captures who he is as an artist.

More like this
These Songs About Loving Yourself Need To Be On Your Playlist
By Michele Mendez
BTS' V's "Sleep" Lyrics In English Will Literally Rock ARMYs To Sleep
By Michele Mendez
Is Saweetie's "See Saw" About Quavo? The Lyrics Are Brutal
By Corinne Sullivan
Stay up to date