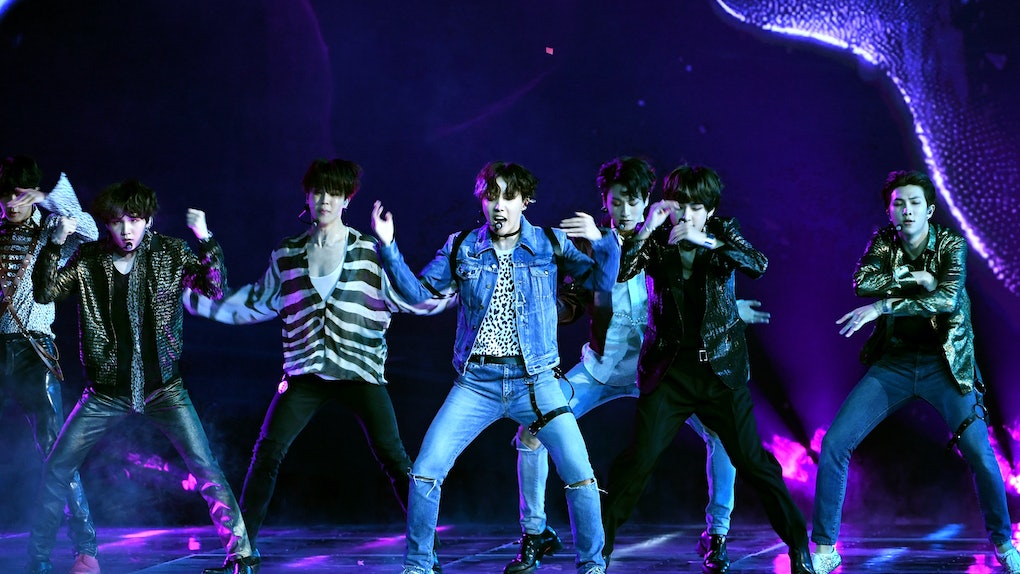 What's The BTS 'Love Yourself' Concert Setlist? Here Are The Songs To Expect In The Film

BTS is coming to the big screen again! And everyone’s going wild over all the possibilities. After the huge success of their last film, Burn The Stage: The Movie, Big Hit Entertainment decided to move ahead with plans for yet another film. And this time it’ll be one that documents the band’s Love Yourself tour. The tour, which launched in August 2018, is one of BTS’ biggest tours yet. While fans are waiting with bated breath to catch a glimpse of BTS live on stage, others are just waiting for their chance to see the guys in theaters. So, what can they expect? What’s the BTS Love Yourself concert setlist? Well, it’s a long one!

Before we delve into the setlist, let’s set the scene. BTS World Tour Love Yourself in Seoul will be in theaters for one day only, making it an event that you don’t want to miss! The film’s website describes the event as a celebration and by the looks of the trailer, I’d say they’re right!

Given how well BTS' last film was received, it wouldn't surprise me if Big Hit Entertainment extended its run in theaters!

As for the trailer, well, it’s just as phenomenal as anything BTS has ever produced. You can check out the trailer for the film below:

Now, onto the setlist!

During their Love Yourself world tour, BTS covered all the bases with performances of songs like “Idol”, “Fake Love”, and so much more, and it's a pretty good indicator of what songs performances will be featured in BTS Love Yourself In Seoul.

Take a look at the setlist below:

There's a little grey area from 12-16 since the boys alternated what songs they performed for the mid-show medley throughout the tour (to keep fans on their toes, obviously).

But that’s just the main setlist! There’s also an encore that fans might just get to see in the theater. Songs in the encore section of the setlist include "So What", "Anpanman", and "Answer: Love Myself".

All in all, that is quite a lengthy setlist! Now, there’s no telling which songs will be in the final cut of the film, but with any luck, all of them will be included! It would be a huge disappointment for any of these songs to be missing from the film. Given how passionate BTS fans are about the band, I’m sure some of them won’t mind if a handful of songs are dropped. One thing’s for sure, though: it’s going to be an amazing film!

More like this
Kanye West's New Netflix Docuseries Sounds Epic, But Will It Feature Kim Kardashian?
By Brandy Robidoux
These Songs About Loving Yourself Need To Be On Your Playlist
By Michele Mendez
The Best Movie Soundtracks Were So Good, They'll Live On Forever
By Brandy Robidoux
Stay up to date