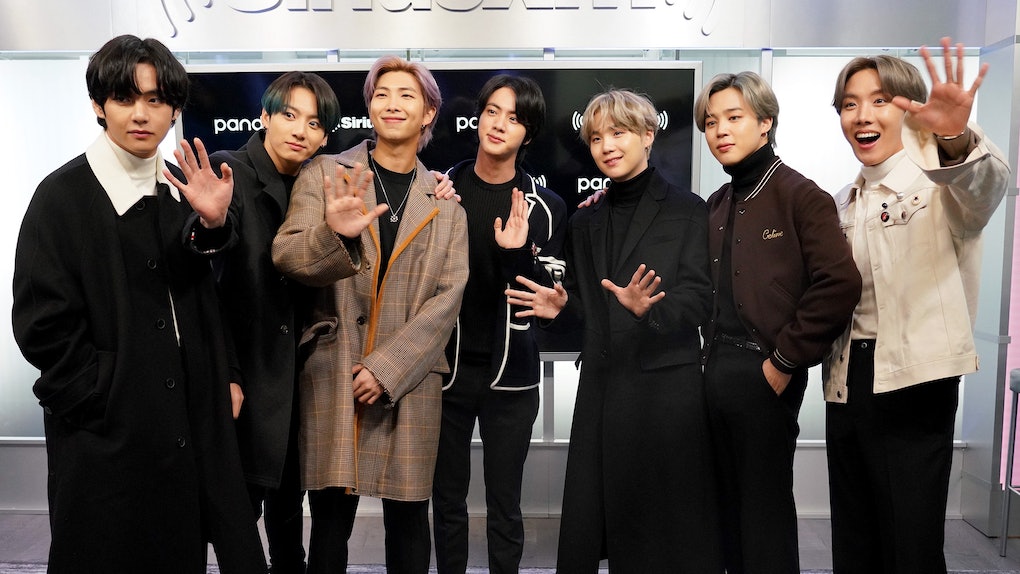 Brace yourselves, ARMYs! On Tuesday, Nov. 10, Big Hit Entertainment released something huge related to BTS' upcoming album: the tracklist. Fans knew the lead single was "Life Goes On," but they were in the dark about everything else. Not anymore because BTS' BE album tracklist is here and it teases so many good songs. Fans especially have their eyes on one particular track that reminds them of the group's earlier projects. When you find out the title, you'll be itching to know how it sounds, too.

The record is expected to be BTS' most personal album yet since the guys had so much more creative freedom behind the scenes by choosing the album's cover art, music video, concept photos, and more. Each member also had a specific responsibility in order to help bring BE to life. For example, Jimin was the project manager, Suga was the album jacket visual manager, and Jungkook was the video project manager. Since BTS was more involved in their album-making process than ever, ARMYs knew this comeback was going to be totally different than the group's previous ones.

To shake things up, BTS didn't give fans a comeback schedule this time around, which is why fans have been on their toes, wondering what the group will reveal next. Their latest announcement was their tracklist. The album will have a total of eight songs, including their title track "Life Goes On" and their previously-released single "Dynamite," which dropped on Aug. 21. See the full tracklist below, as well as the English translation.

Alongside the tracklist, BTS shared this message: "Life goes on/ Like an echo in the forest/ Like an arrow in the blue sky/ On my pillow, on my table/ Life goes on like this again." Fans think these are lyrics from the lead single.

All the songs stand out, but ARMYs are especially curious about "Skit." During the group's earlier days, they would include skits (audios of the members talking) in each of their albums. These tracks offered a break between songs, and hearing what the guys had to say was so entertaining for fans because the members were just being themselves.

The last time BTS included a skit in one of their albums was in 2017 for Love Yourself: Her. The audio was from BTS' speech when they won Top Social Artist at that year's Billboard Music Awards. Fans are wondering what the skit will be about this time. A popular theory is BTS' reaction to "Dynamite" going No. 1 on the Hot 100.

Another theory is it will be a letter for ARMYs.

Either way, fans won't be prepared for BE to drop on Friday, Nov. 20.