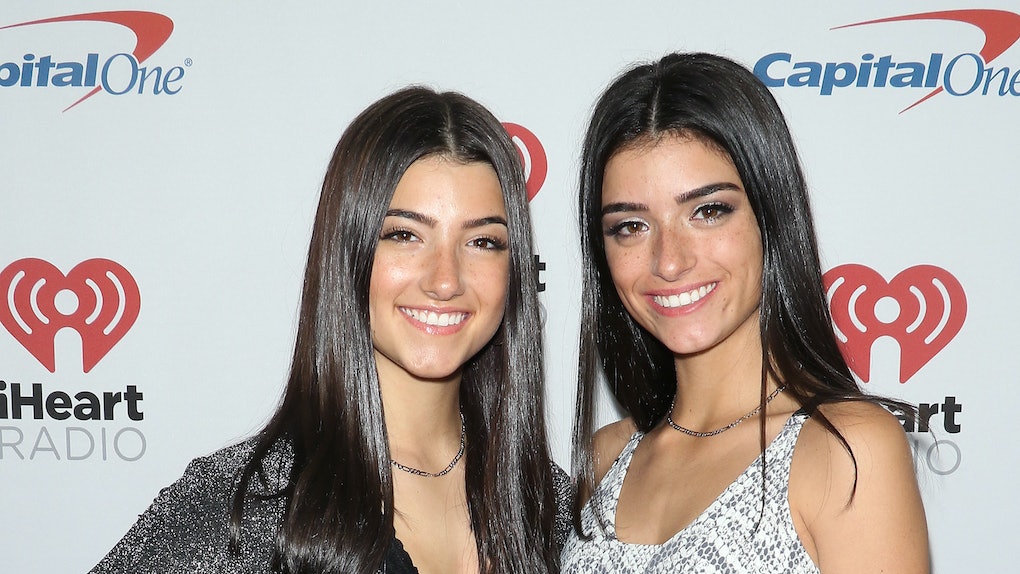 Are Charli & Dixie D'Amelio Friends With Ellie Zeiler? They Have A Complicated History

Charli D'Amelio is the most followed creator on TikTok, so it's no surprise people began copying her hair, makeup, and dance style as a way to show their love for her. As for TikToker Ellie Zeiler, she just so happens to naturally look like the famous influencer. Unfortunately, Zeiler's mere resemblance to the star caused people to hate on her, and at one point, trolls even accused Zeiler of shading Charli. The D'Amelio sisters were well aware of the rumors and even responded to them. Now that it's been a while since the situation has blown over, fans are wondering if Charli and Dixie D'Amelio are friends with Ellie Zeiler or if they have beef.

The sisters have been involved in a number of dramatic situations in 2020. From being referenced in diss tracks and hearing rumors their boyfriends cheated, to going through public breakups and being criticized for going out during the pandemic, Charli and Dixie have been through a lot in the public eye. One of the biggest (and most confusing) situations was their apparent drama with Zeiler, which stemmed from fans constantly comparing her to Charli. Since the sisters' history with Zeiler is complicated AF, here's a break down of everything that happened.

Zeiler actually went viral by accident. When an account with the username "charidamelio" began posting videos featuring Zeiler, fans thought she was trying to trick everyone into thinking she was really Charli, but that wasn't the case at all. It turns out someone was pretending to be Zeiler. "My account is @elliezeiler1 NOT elliezeiler. Ask them for a face reveal please because it's all fake. I'm sorry for having to comment like this, but it has gone too far," Zeiler told fans.

After that, users came after Zeiler again. When someone commented "Charli" with a heart eyes emoji underneath one of Zeiler's post, fans thought she shaded the star with her response.

"But who is that?" Zieler wrote. Fans thought she was implying Charli wasn't worth her time, but Zeiler clarified she was talking about the person who commented. Still, users criticized Zeiler and things only got more complicated when Ellie's dad, Rick Zeiler, apparently shaded Charli's dad, Marc D'Amelio on TikTok. "Marc looking different here," someone commented underneath one of his videos. "This dude has muscles and can dance," Rick wrote back, seemingly sarcastically.

November 2020: Charli and Dixie reveal where they stand with Ellie

Finally, after all this time, Charli and Dixie responded to the situation on their podcast, 2 Chix. Surprisingly, there's no beef and the sisters actually empathize with Zeiler.

"[Zeiler's] family was dealing with the same thing we were and her dad tried to react the way a dad would and be protective of his daughter, the same way our dad would," Dixie said in the podcast. "You know what? She blew up and she's getting hate for how she did it. We get hate for how we did it. It doesn't matter. We're all in the same position, and honestly, [Zeiler] is perfect."

It seems Charli and Dixie are cool with Zeiler after all, and everything was just a misunderstanding.

More like this
Charli & Dixie D'Amelio's Responses To Backlash Over Attending Jake Paul's Boxing Match Are A Lot
By Michele Mendez
BTS' "Butter" Teaser Photos Show Off Their New Hair Colors In HD
By Michele Mendez
'He's All That': Premiere Date, Cast, Trailer, Filming News, & More
By Dylan Kickham and Abby Monteil
Stay up to date