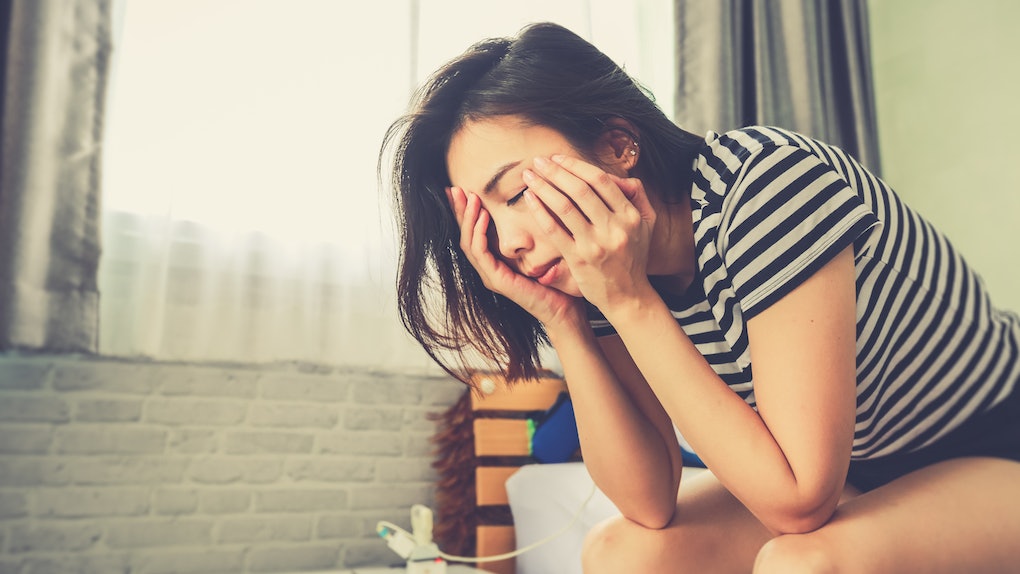 After A Breakup, These 4 Zodiac Signs Feel The Saddest

Not everyone can move on after a split like Ariana Grande. While some people reactivate their Tinder account within an hour of a breakup, others need at least a year before they can even think about dating again. But wanting to crawl under the covers rather than strut into the club doesn't make someone weak. A few zodiac signs tend to have a thinner skin than others, and oftentimes, these are the zodiac signs that feel the saddest after a breakup. It's not their fault, OK? They just have a lot of feelings.

As behavior and relationship expert Dr. Patrick Wanis previously told Elite Daily, everyone recovers from a breakup in their own time. "The grieving process is not linear and it's not static," he explained. "You don't go from this step directly to that step. You might go three steps forward and come back two. Each person will go through it in their own way. There is not a specific timeline to grieving." So if you're not quite ready to say, "thank u, next," don't put yourself down. Sensitive types need more than a blowout and a mani to feel better after a breakup, and for these zodiac signs, heartbreak tends to hit the hardest.

All Pisceans want from this world is to love and be loved in return — is that so much to ask? This water sign shows no restraint when it comes to showing affection, and as a result, those born under Pisces feel majorly stung when their feelings aren't fully reciprocated. These idealists check out from reality when they're in a relationship, so breakups tend to feel totally out-of-the-blue and even more devastating. For Pisces, the end of a relationship seems like the end of the world — until they fall head-over-heels for someone new, of course.

Taureans may seem totally chill, but those born under this earth sign fall surprisingly fast and hard. Once these romantics find someone they're interested in, they're all in, and it's easy for them to become codependent. Though this sign enjoys alone time, it's hard for a Taurus to readjust to the single life after being in a relationship, and losing a partner feels like losing part of themselves. Because a Taurus also requires security and stability, a breakup is a devastating disruption in their lives, and it takes a longer time than most for this sign to heal.

Like their fellow water sign Pisces, Cancers bascially live on the verge of tears. Those born under this sign can't help but make themselves vulnerable, and when you wear your heart of your sleeve, it's much easier to have your heart broken. Rather than look to the future, a Cancer tends to dwell on the past, which makes it difficult for them to move on. They constantly revisit both good memories and bad ones, and after a breakup, they'll spend much of their time looking at old pictures and rereading text messages, trying to decide when exactly the relationship soured.

Water signs are like faucets that never stop dripping, and Scorpios are no exception. Though Pisceans and Cancers tend to desire fairytale endings, Scorpios want passion-filled love affairs, but just like the other water signs, a Scorpio doesn't know the meaning of the word "restraint." This sign goes from zero to 100 at breakneck speed, so when a partner pumps the breaks, an fiery crash is inevitable. A Scorpio often appears be more mad than sad after a breakup, but that tough exterior is just a way for Scorpios to protect their tender, breakable hearts.

Mourning after a breakup is natural, and needing more or less time to mourn than someone else has nothing to do with strength. No matter what your sign is, be kind to yourself in the wake of a breakup. This is a major blow, but time heals all wounds.