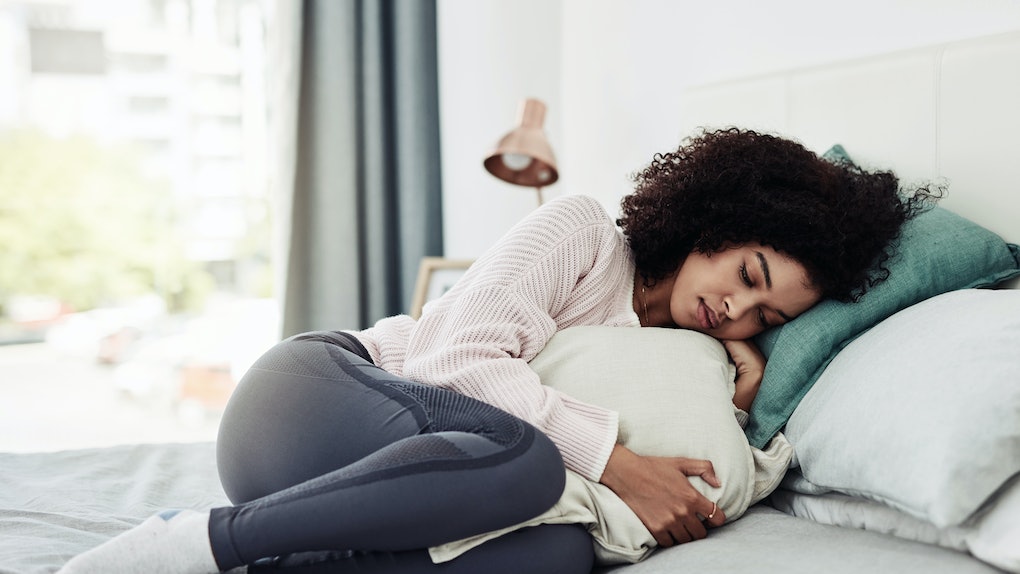 There's no one-size-fits-all way to recover from a breakup, other than to give yourself plenty of time to heal and move on. While you may need time alone to recover and reflect, others might crave constant company and distraction. Your cure for heartbreak may be a fresh mani. For others, it might be an spur-of-the-moment flight to Ibiza with a dozen of their closest friends. Each zodiac sign deals with breakups differently, so after you split from your significant other, turn inward to really consider what method of self-care will work best for you. Would you rather shut the club down in leather pants at 4 a.m. or cuddle with your dog? Whatever the answer is, you do you.

Your zodiac sign influences your personality, and your personality says a lot about your preferred copying style. While some post-breakup recovery methods may be healthier (and less expensive) than others, you've got to do what feels best for you. As breakup expert Elle Huerta previously told Elite Daily, "You may have lost love, but you're still loved and lovable, and a breakup is a time to be reminded of this." Here's how you can help show yourself a little self-love after parting ways with a partner, depending on your zodiac sign.

Aquarians are wildcards, and after a breakup, they'll want to do something that's bound to shock everyone. Whether they hit up the makeup counter at Sephora for a new lipstick shade or bleach their hair in their bathroom one night on a whim, Aquarians love to impulsively change up their look, and there's no better time to do it than after a split.

Sensitive, dreamy Pisceans are likely to feel pretty shattered after splitting from an SO, and the best way for them to heal is by taking time to reflect. Journaling gives Pisces an opportunity to pinpoint what may have gone wrong in a relationship, and it can help them move on by determining what exactly they're looking for in their next partner.

Aries are ambitious and have egos that are easily bruised, so getting burned by a relationship isn't easy. You can never expect an Aries to forgive, but exercise can help this sign forget that undeserving ex. After a breakup, an Aries will likely want to train for a marathon or take up spinning to remind themselves how capable they are — and how much their ex is missing out on.

The only thing Taureans love more than sex and sweatpants might be food. Food brings this sign comfort, and there's nothing that makes a Taurus happier than feeling comfortable. Those born under this sign are usually homebodies at heart, so hanging out at home while cookies are baking in the oven is their perfect cure for heartache.

Unlike Taureans, Geminis will likely want to be anywhere but home after a breakup. Geminis are social butterflies, and rather than seeking isolation, they tend to surround themselves with people as a distraction when they're feeling down. For this flirty sign, there's nothing a night out with friends can't fix (especially if they end up exchanging numbers with a new cutie at the bar).

Cancers are total softies, and bawling their eyes out actually makes them feel way better than putting up a tough front. They're optimists, however, and even a breakup won't stop them from believing in fairytale love. Having a corny rom-com marathon can help lift a Cancer's spirits, and it will definitely give them the chance to go through several tissue boxes.

The most Leo way to handle a breakup is to do a total social media overhaul while blasting Lizzo's "Good as Hell" on repeat. All those old photos of their ex will likely disappear overnight, and they'll soon be replaced by lots of solo shots of that newly-single Leo. What better way to remind everyone how hot you are than with some #flawless selfies?

Virgos don't need Marie Kondo to tell them how cathartic it feels to declutter. This industrious sign will need a new project to keep them busy after getting their heart broken, and cleaning out their closet will give them the fresh start (and productive distraction) they need. Forget moping — Virgos would much rather spend their time organizing their kitchen cabinets than complaining.

Libras tend to be spendthrifts, and the first thing they'll probably want to do post-break is treat themselves to a shopping spree. Like Taurus, Libra values self-indulgence over self-improvement, so you don't ever have to remind this sign to treat themselves. Libras also care deeply about what other people think, and they would much rather everyone talk about their great new coat than their bad breakup.

The best revenge may be living well, but that definitely doesn't apply to Scorpios. They neither forgive nor forget, and if someone breaks their heart, a Scorpio won't rest until that ex gets their comeuppance. Those born under this sign are sneaky and subtle, so rather than giving an ex dirty looks at parties, they'll likely start a rumor about their ex's terrible farts instead.

Sagittarians are restless, and after their relationship ends, they'll likely want to get as far away as possible. These happy-go-lucky people aren't likely to feel too crushed by a breakup, but they can still use that breakup as an excuse to go on an adventure. Those born under this sign are spontaneous and impulsive, so a Sagittarius won't hestitate to fly to Tokyo for two months in order to "find themselves."

Once a relationship ends for a Capricorn, they'll want to turn their attention back to their biggest priority: their work. Rather than chasing after an ex, Capricorns will probably want to pursue better grades or a job promotion, since having an SO likely distracted them from their ambitions. Those born under this sign don't dwell on the past — they're too busy focusing on their (very promising) futures.

Will these healing methods allow you to totally get over your ex? Unlikely. But they might just help you feel a little bit better for the time being, even if it's going to take some time for you to fully heal.