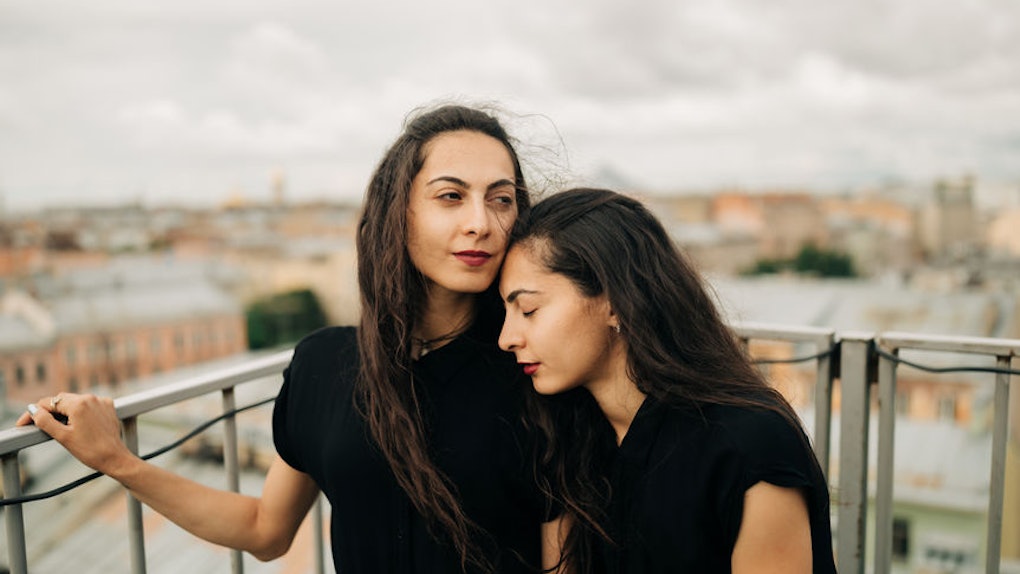 Confession: For as long as I can remember, I’ve had what I can only describe as “sister envy.” While spending time at my bestie’s house growing up, I observed the hilarious banter, the meaningful conversations, and the profound bonding that happened between her and her sibling, and I silently cursed my only child status. To me, it seemed that having an older sister had so many perks. Not only did you get to “borrow” their cooler clothes, but you also got to benefit from their life experience when they so graciously shared some sound advice about falling in love. After all, an older sister is close enough to your age to understand the challenges that come with the modern day dating landscape, yet she’s probably been in more relationships than you and learned some lessons along the way.

There’s no doubt that falling in love can be a thrilling yet confusing process. You’re grappling with so many feelings at once: fear, excitement, and perhaps even hesitance or obsession. And that’s where your older sister comes in. Like a heroine, she swoops in and offers up a pearl of wisdom that totally shifts your perspective. Whether you were lucky enough to have a sibling who gave you guidance on these topics or, like me, you secretly wished you did, here are some of the best pieces of advice women gleaned from their older sisters about falling in love.

She said it could last if I liked him before I loved him. I didn’t really get it at the time, but now I do. If you like them as a person before you get blinded by the passion, then you know it’s really got potential.

My sister was not the biggest fan of this guy I was falling for, and it was pretty obvious. One day she goes, "Didn’t you tell me he’s a stingy tipper when you go out to dinner? Red flag… RUN." Naturally, I didn’t want to listen to her. But ugh, she was so right. I wish had dipped.

Lesson #3: The Truth Will Come Out Eventually.

It was my first girlfriend, and my first time falling in love. I was basically terrified to bring her home to meet my parents, because I didn’t know how they’d behave, and I didn’t want to scare her off. When I told my sister I was totally panicking about her coming to spend Thanksgiving with us, she just said "Look. If you guys stay together, she’s going to have to meet them at some point. She might as well see the crazy now." Just the reality check I needed.

I was really into this guy, but we worked together, so I kept telling myself that I couldn’t make a move because it was too risky. One night we were drinking wine and waiting for some pizza to be delivered to her apartment, and I started telling her about how I was basically in love with my coworker, but I refused to do anything about it. She was like, "So what? Lots of people meet through work. What’s the worst that can happen?"

I hadn’t really thought about the worst case scenario — and when I did, I realized that not going after what I wanted and potentially regretting it later was a way bigger risk.

After a really brutal breakup in college, I did what anyone who’s feeling hurt and jaded would do, and dramatically declared “I’M NEVER FALLING IN LOVE AGAIN.” My sister laughed at me, which really pissed me off. She said, “You’re only saying that because you want to avoid the pain you’re feeling right now. But trust me, at some point, someone else is going to come along and change your mind. You’re gonna realize that the risk is worth the reward.” She’s like, my Yoda.

I had been dating this guy for a couple months and — well — I was feeling the feels real quickly. In fact, it was getting to the point where I kept almost accidentally saying, “I love you,” whenever we were saying goodbye as I was getting out of his car, or he was leaving my apartment. But fortunately, I’d always manage to stop myself. One day I was telling my sis about this phenomenon and she basically said, “Why are you fighting it? If you don’t say it, you’ll never know if he feels the same way or not.”

The next time it happened, I let it slip freely. Thank god, he said it back, or I probably would have killed her.

There's no doubt about it: You may not always get along with your sister, but in the end, she’s kind of your love guru and all-around superhero. Whether you’re mending a broken heart, feeling on the fence about whether they’re “the one,” or working through some other relationship-related problem, your older sister probably has something to say on the subject — and whatever that is, you may want to write it down. Even if you're not willing to heed her advice now, it's probably going to come in handy later.