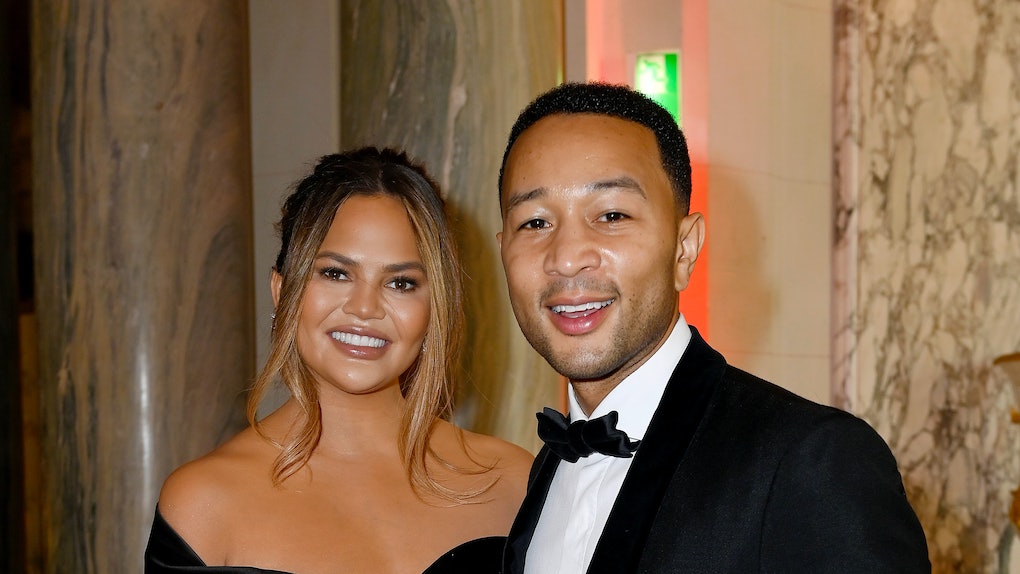 8 Celebrity Couples That Love Each Other Unconditionally, Because They Have It Too

From walking their dogs to brushing their hair (or having it brushed for them) to spilling coffee — celebs, they're just like us! But they also date, swoon, pursue, and break up. Sometimes, however, they don't break up, and stories of celebs who've stayed in love warm my heart. I like to imagine that the people who create romantic tales on TV, in movies, and in music also experience it themselves. If you're anything like me, you, too, may choose to follow the lives of celebrity couples that love each other unconditionally. And if this is the case, you've come to the right place.

I get caught up in celebrity drama, and I'm not sorry about it. Celebrities are a part of the culture, and I learn a lot by following their lives. I draw inspiration from some of my favorite celebs, and watching them in relationships can help me. Of course, I don't model my dating life on celebrities (I got fewer Tinder matches when I claimed I starred in Riverdale — so weird), but I like to see how they talk about their relationships publicly. For example, when Lili Reinhart shared this post about her boyfriend Cole Sprouse, I remembered how important it is to have a partner who backs up your work. Watching celebrities fall and stay in love is not just fun for me — it's educational.

Read on to find eight celebrity couples who prove that love is real.

1. Jessica Biel And Justin Timberlake: Too Much Talent

Is there anything Jessica Biel and Justin Timberlake can't do? They act, they bike, they sing, they dance, and they have a son, according to etonline.com. After getting together in 2007 and tying the knot in 2012, they've stayed strong while speaking openly about marriage. The pair is positively adorable and overwhelmingly talented, so I can only hope they continue sharing their talents and love with the world!

2. Jada Pinkett Smith And Will Smith: A Philanthropic Pair

Jada Pinkett Smith and Will Smith first met in 1995, and they're going strong today. They run a philanthropy together to help students at inner city schools, according to insidephilanthropy.com. They also run a production company together, so it's safe to say they're a pretty hardworking partnership. They've been married for over a decade, and their passion, as well as the work they do together, inspires me!

Who can forget Twitter legend and John Legend? Teigen and Legend just might be America's sweethearts. With their two kids and vast social media presence, I personally feel like I know them, and I can't tell you how much I love following their romance. For example, I'm currently watching their family vacation to Italy, and I'm eating gelato with my pals to celebrate it!

Bell and Shepard are adorable, and it's not just the fact that she gave him chewing gum out of her own mouth the first time they met. They love to talk publicly about how much they love each other, according to Parade, and I'm all here for a declaration (it's almost Independence Day, after all). Still, they're honest about the work it takes to make a relationship work, according to USA Today, and I find that refreshing. Ultimately, truth is the very best #couplegoal.

5. Sarah Jessica Parker And Matthew Broderick: Sex And The Marriage

Sex and the City icon and Ferris Bueller dreamboat Parker and Broderick just celebrated 22 years of marriage, according to people.com. They have four kids together, and both have shared the joy of parenting with their social media followers. After raising children together, they've come out more in love than ever. If Broderick is Parker's Big, I have just one question — who was her Aiden?

It's been over 20 years since the couple met, when the soccer star invited the Spice Girl to watch him play. He wowed her with his soccer talent and then later with his romance. They've been through dozens of hairstyles together (mostly his) and kept their romance strong, which just goes to show — love weathers all mohawks.

The piano player and hip hop producer met in their teens — she was 16, he was 17, according to Bustle. Keys told Marie Claire UK that she didn't like Beats when they first met, but he eventually won her over, and the pair was married in 2010. They have two children together — Egypt and Genesis — and they boast 35 Grammy nominations between the two of them, according to Harper's Bazaar. They're still going strong today, and no one turns love into music quite like the two of them!

Sprouse and Reinhart met because of hit show Riverdale, which means I'm not the only person who had my life transformed because of the fantastic teen mystery. Sprouse has taken and shared so many photos of Reinhart, I can't help but wonder if he's trying to create a 3D replica. If he did, I'm sure I'd want to watch it on screen, too, but until then — happy romancing for the lovebirds!

Celebrity couples — they're just like us! Except famous, but still. They can love each other unconditionally just like the rest of us, and there's no reason their romances have to be any different. I love to follow the lives of my favorite celebrities because I want the best for them, and I'm happy to see them in joyful relationships. And when I say that celebs are just like us, I mean that you, too, deserve unconditional love, if that's what you're looking for. And if not, you can always make like Carrie Bradshaw and enjoy the holiday weekend with your BFFs! Either way, love is real, as these celebrities prove.