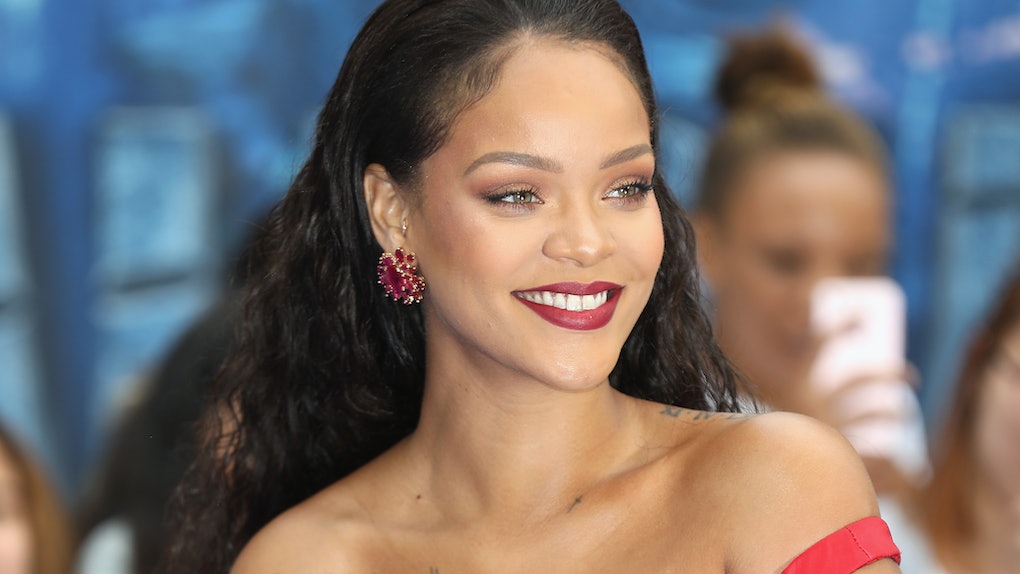 I don't know why being single gets such a bad rap. You can starfish your bed! You can eat potato chips in that same bed while only subjecting yourself to the terrible feeling of a crumb in the sheets! And beyond foul bed habits, you never have to compromise — with your partner or when choosing a partner. But society tells us to endlessly doubt the state of being single, which I find uncool. This is also why I find celebrity quotes about being single to be strangely validating.

I'm mostly thinking of A-list celebrities here, not weight-loss tea-hawking Instagram influencers. (Though honestly, anyone questioning why "relationship," is the default state for women to aim to be in is kosher to me.) Love them or hate them, these celebrities are doing something right. They know how to be successful and handle pressure at a level I could only imagine (because the seven-and-a-half internet trolls I have ever interacted with have given me agita already). So it's nice to hear that they don't feel they need a relationship to live their best life.

Gloria Steinem once said, "Some of us are becoming the men we wanted to marry." While I'm not exactly looking for a man who eats potato chips in bed, I do agree that you can be your own best partner, and that sometimes it's honestly better that way. Now, for the singles out there looking for a little affirmation, here's what my A-list ladies say.

In a New York Times interview with Miranda July, Rihanna said, “Guys need attention. They need that nourishment, that little stroke of the ego that gets them by every now and then. I’ll give it to my family, I’ll give it to my work — but I will not give it to a man right now.” My ultimate pet peeve is when a friend prioritizes being in a relationship over family or work. And we all need to keep working in order to snag that new Fenty Beauty.

"It's ironic that we rush through being 'single' as if it's some disease or malady to get rid of or overcome. The truth is, most likely, one day you will meet someone and it will be gone," wrote Drew Barrymore in her book, Wildflower. "And once it's gone, it's really gone! Why does no one tell us how important it is to enjoy being single and being by yourself?" I'm telling you, Drew! Being alone is great!

"Without single women and their impressive sense of self, we’d be without Queen Elizabeth I, Marie-Sophie Germain, Susan B. Anthony, Florence Nightingale, Jane Austen, Harper Lee, Diane Keaton, Greta Garbo, Jane Goodall and me, myself and I," Chelsea Handler wrote in an excellent article for Time. "Being single is delightfully more than it’s cracked up to be… if you can stand the horror of your own company, that is." IF YOU ARE SINGLE, READ THIS ARTICLE!

“I don’t need marriage," Mindy Kaling told Good Housekeeping in 2015. "I don’t need anyone to take care of all my needs and desires. I can take care of them myself now.” Including having a baby. Go, Mindy, go!

“It sounds like a cliché but I also learnt that you’re not going to fall for the right person until you really love yourself and feel good about how you are,” Emma Watson told the Telegraph. Watson was dating Chord Overstreet until recently, but this advice is timeless.

"Most women would not be happy being me," said Nicks in a 2013 interview with Vulture. "People say, 'But you're alone.' But I don't feel alone. I feel very un-alone. I feel very sparkly and excited about everything. I know women who are going, like, 'I don't want to grow old alone.' And I'm like, 'See, that doesn't scare me.' Because I'll never be alone. I'll always be surrounded by people. I'm like the crystal ball and these are all the rings of Saturn around me... My generation fought very hard for feminism, and we fought very hard to not be labeled as you had to have a husband or you had to be in a relationship, or you were somehow not a cool chick." Nicks is serving up some realness, and I like it.

"We are complete with or without a mate, with or without a child. We get to decide for ourselves what is beautiful when it comes to our bodies. That decision is ours and ours alone," Aniston wrote in an op-ed for the Huffington Post. Considering the bizarre pressure society has collectively placed on Aniston to find someone and be happy, we should all listen to her advice.

Though she has since been linked to cinematographer Michael Barrett since, when Anna Faris first separated from actor Chris Pratt, she spoke about being single on her podcast. “Life is too short to be in relationships where you feel this isn’t fully right or somebody doesn’t have your back, or somebody doesn’t fully value you,” she said. “Don’t be afraid to feel your independence if things aren’t right." SAME!

Black-ish and Grown-ish actor, activist, and future Harvard University student Yara Shahidi is my hero. I also think she has the exact right idea about dating, especially for someone so young. “I haven’t dated anybody," she told Seventeen. My general outlook is if I don’t have time to take a bath on a regular basis, then I don’t have time for another human. I love being busy, and I enjoy where I am at right now."

Though she is now dating Vampire Weekend frontman Ezra Koenig, Jones once told The Guardian, “I had the full princess fantasy: the white horse, the whole being saved from my life, which is ridiculous. What do I want to be saved from? My life’s great! But it’s just this weird thing that’s been hammered into my head culturally: that’s the only way to succeed, that’s the only thing that counts for a woman. I’m happy, but the fact that I’m not married and don’t have kids — it’s taken me a long time to get to a place where I actually am OK with that, where I actually don’t feel like I’m some sort of loser.”

That's the rub: Being single does not mean you are a loser. It does not mean you are missing something. It just means you are living your life, and that you happen to be living it independently. Can we all get behind that and realize this pressure to couple off and have babies is just the patriarchy looking to maintain its dominance? Cool.