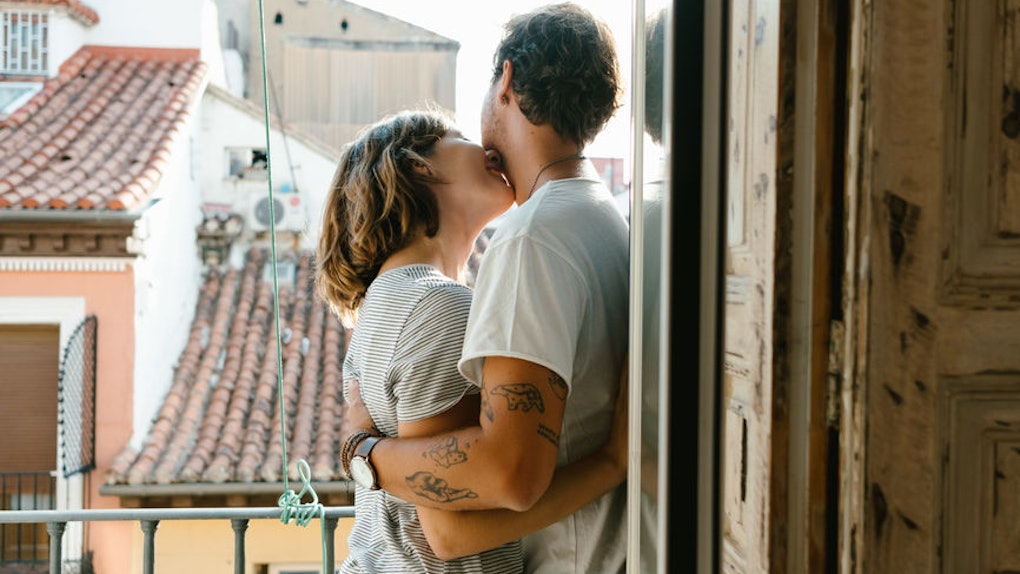 6 Things Not To Say To People In Relationships, Because We Have Feelings Too

Cuffing season may be over, but contrary to popular belief, you and your boo are still thriving. You’re one of the lucky couples who made it out, and the two of you have never been happier. Your friends are happy for you, but sometimes they just can’t get the words out properly, and some things they say could come across the wrong way. Whether intentional or not, there are just certain things not to say to people in relationships, especially at the beginning.

While it’s easy to think that people in relationships have no worries (*cue “Hakuna Matata”*) because they have someone by their side, it’s not a fair assumption. Everyone has their own set of issues, single or not, and frankly, when you’re in a relationship, the ups and downs can be overwhelming from time to time.

If you’re in a relationship and your friends say any of these things to you, don’t overthink it or even take it to heart. They’re not trying to be cruel or judgey, they’re just trying to share their opinions with you, like they do about the pair of jeans you’ve had since the sixth grade or your new tiny sunglasses. (We can’t all rock them like Ryan Reynolds.) For those who are single, this isn’t an attack directed at you — it’s just a heads up that some of the things you say may not come across the way you intend them to. So maybe, think twice before saying some of the following things.

Um, what? I didn’t realize there was a timeline I was supposed to be following. Please tell me more about the pace I should be taking in my own relationship. What might be too fast for you in a relationship isn’t necessarily too fast for me in one. Each relationship is different. Whether we're moving too fast or not is a decision I need to make with my partner, not a decision you have to make for me based on your own experiences. So, whether you’re single or not, please trust that we know what we’re doing with our relationships.

Alright, slow your roll there. Whether someone has been in a relationship for weeks, months, or years, asking them if they’re going to marry their SO may do more harm than good. Maybe they’ve been together for seven years and the question hasn’t been popped yet, even though one person really wants it to be. Maybe they’ve been together for only a couple of months, and it still seems way too soon to even be thinking about a year from now, much less marriage. This question, while not necessarily insulting, is scary. Though some people can very easily answer it in just a couple of months or even weeks, most people can’t (nor do they want to, honestly).

Excuse me? Did you just age-shame your friend? Yes, they may be young, but maybe they already found the person of their dreams!Please don’t tell them they’re too young to know that. Some people find their soulmates when they’re 14 years old. Others find them when they’re 40. I repeat: There’s no specific timeline to follow. The only timeline that matters is their own.

Trust issues can come to light in any relationship. For those who (like me) deal with trust issues, someone asking how you can trust your partner can bring up a lot of internal feelings that you were successfully able to forget about until right now. Maybe it brings back bad memories of relationships past that you’ve tried to work through. Or maybe your trust issues stem from your internal insecurities. So, maybe try to steer clear of asking people in relationships this question, because they may have had experiences you don’t even know about. But do be open to listen if they choose to confide in you.

OK, while this is kind of, sort of, maybe, a valid question, don’t ask it. If they missed their freedom, then they’d end their relationship. Just because “freedom” may be the thing that most appeals to you, doesn’t mean it’s what most appeals to someone else. Also, it is possible to have freedom and independence in a relationship. Being your own person is essential to the health of a good relationship. Continue to do the things you love, and make yourself just as big of a priority as your SO.

So, next time you’re hanging out with someone who’s in a relationship, take these questions and comments into consideration.While they may seem innocent to you or you’re just trying to start a conversation, they can be hurtful. Like my mom always says: If it doesn’t need to be said and if it’ll hurt someone you care about, is it even worth saying?