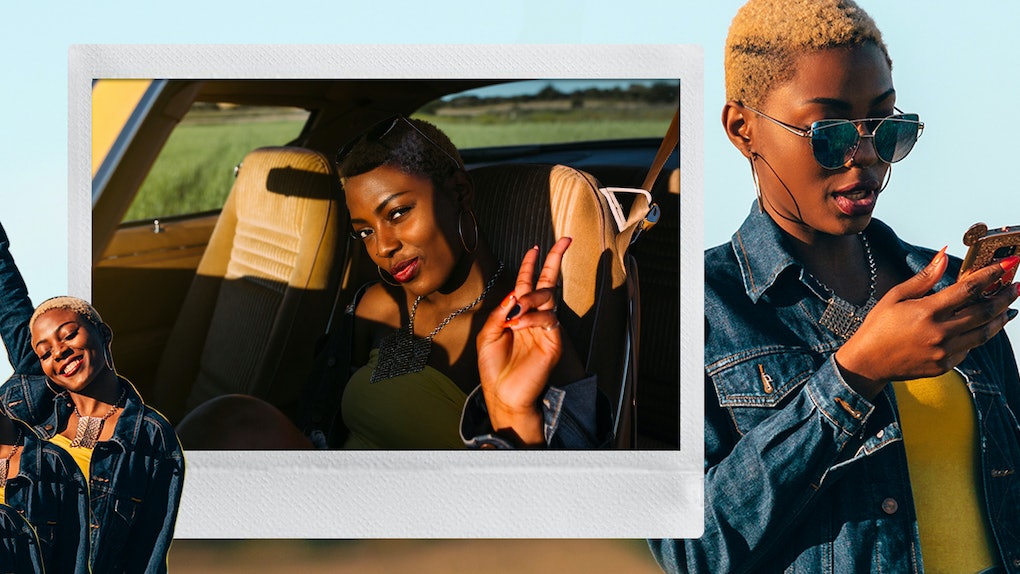 The conventional wisdom about breakups is that you should always end a relationship face to face, especially if you've been dating for a while (so long as it’s safe for you to do so). Sometimes, however, when a relationship has gone on too long, or you've tried and tried to end things but you just can’t quite seem to fully extricate yourself from this person, then a text message can be a girl’s best friend. There are reasons to opt for sending texts to send your ex after no contact, when you are really done. For one thing, it creates the emotional buffer that you need to finally pull the trigger. If you're the type of person who needs time to really organize your thoughts and feelings and choose your words carefully, a text will give you the opportunity to write and edit your message until it really reflects how you're feeling and what you need. Plus, a text message means they can't interrupt if you just really need to get the words out and over with before you lose your mind. All that being said, Trina Leckie, breakup coach and host of the Breakup BOOST podcast, tells Elite Daily that breaking up via text should be a last resort rather than a go-to move as much as possible. “[It] can cause the person you are breaking up with a lot of pain and also leave them with unanswered questions,” she warns. However, if it’s a matter of safety because the person you are breaking up with is “volatile or abusive,” then Leckie says ending things by text is totally acceptable.

Even when you understand in your heart what you need to say in essence, you may still not know exactly how to word it. “It should be direct and to the point, making it clear than you do not want to continue the relationship because the two of you are not a good match,” says Leckie. That may feel a little harsh, but this is a case where it really is kinder to be blunt and spare their feelings long-term. So, if the time has come and you're really ready to move on, here are some text ideas you can send to let your ex know it's over for good this time.

1. The On-Again, Off-Again Relationship That’s Gone On For Too Long

“Hey, I’ve been doing a lot of thinking, and I’ve realized this relationship isn’t going where we want it to. This just isn’t the right fit for either of us. I wish you all the happiness in the world with someone else, but it’s time for us to say goodbye for good.”

2. The Ex You Really Do Want To Be Friends With Someday

“So, this is really hard to say, but we need to take some time apart. You are amazing, and I genuinely hope we can be friends someday in the future.”

3. When You Really Tried To Make It Work, But It Just Isn’t Working

“Hey, I know we’ve both tried hard to make this relationship work, but if we’re being honest, this still isn’t working. I care very much about you, which is why I think it’s time for both of us to move on.”

4. For The Ex Who You Realize Will Never Really Change

“Hi, I’ve come to the realization that we are not the right people for one another. I truly hope you find what you’re looking for with someone else."

5. The Awful Ex Whom You Just Want Gone Forever

The next part after calling it quits may actually be the hardest: sticking with your breakup convictions. In these moments of weakness, stay strong. Everyone has those passing doubts, but remind yourself that you wouldn't have reached this point in the first place if they really were the one for you. Stick to your guns now, and you'll be amazed how quickly you heal and are ready for love with someone new.

This article was originally published on Jan. 9, 2018