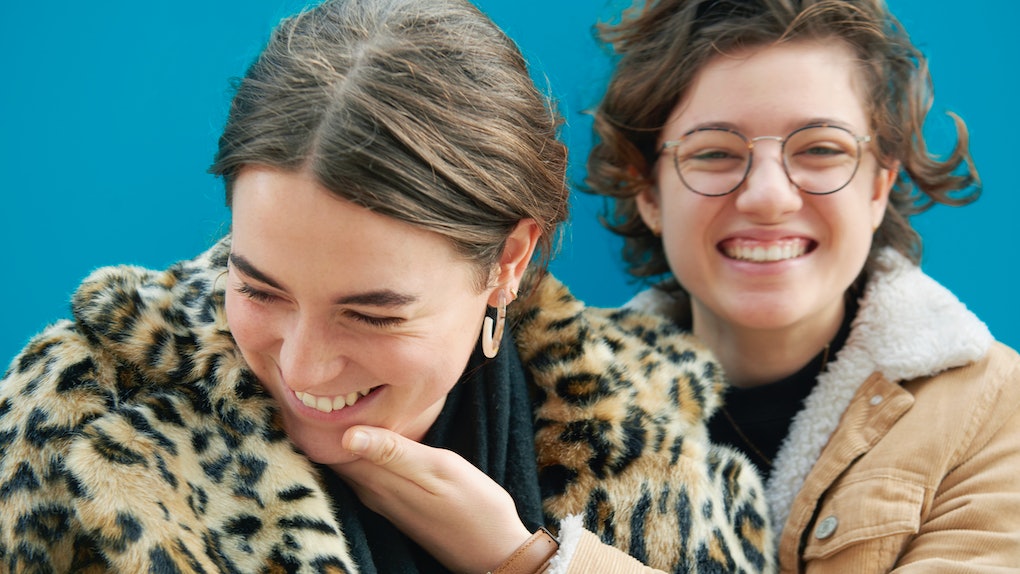 There are two kinds of people: Those who drop their guard instantly, and those who need some time before they allow themselves to be vulnerable. The Myers-Briggs personality types who take a while to open up while dating may need to slow their roll for different reasons. For some, it’s a matter of having a Thinking preference over a Feeling preference. For others, it stems from needing to build trust before showing their authentic selves or simply taking a more cautious approach to love in general.

To be clear, there’s absolutely nothing wrong with taking your sweet time to open up. Many people find that slowing things down allows them to build deeper, more meaningful connections. And it can certainly be an effective way to gauge whether or not a relationship is worth the emotional investment before you hand over your heart. As long as you can find someone who’s willing to wait for your walls to come down (and trust me, you’re well worth the wait), there’s no reason why your love life can’t be fulfilling AF.

Wondering whether you or your new boo is slower to share their thoughts, feelings, and experiences? For these Myers-Briggs types, love is a marathon, not a race.

The Defender may take a while before they feel comfortable letting their guard down, but make no mistake — they are super emotionally connected individuals. As introverted feelers, they just tend to need some alone time to process their emotions before sharing them. Commitment and shared values are super important to them, and the sooner they feel like they’re on the same page with someone they’re dating, the sooner they’ll open up.

While the ISFJ seems reserved on the surface, they’re actually a hopeless romantic at heart. And one of the reasons why they may not easily reveal their feelings is that they’d rather focus on their partner’s needs than risk feeling like a burden.

The best things you can do for an ISFJ are respect their independence and privacy, be a good listener, allow them time to think things over before responding, express your expectations for the relationship early on, and follow through on your word. All of these things will help to build trust, thus encouraging them to be vulnerable.

The Mediator has so much to offer in relationships — they’re optimistic and deeply compassionate, with a strong sense of ethics. That said, they tend to be focused internally, which means they’re more likely to grapple with things privately than they are to divulge their inner world to you.

The INFP is about as nonjudgmental as it gets, and all they really need is to know with certainty that their SO isn’t going to judge them when they peel back their layers and reveal their thoughts, feelings, and desires. It’s not that they won’t let anyone in, but rather, that they’re super selective with who they expose their soul to. If you can be authentic, accepting, and open-minded with an INFP, it's only a matter of time before they'll bare all.

Don’t hold it against an INTP if they seem somewhat guarded early on in your relationship. It’s likely because they’re so often misunderstood, and they’ve become a little self-protective as a result. Not only that, but they’re just super quiet and private by nature. Not to mention, they exhibit a strong preference for Thinking over Feeling, which means they tend to focus more on logic and reason than emotions. But just because they don’t constantly share their feelings and shower you with verbal affection doesn’t mean they don’t care. An INTP is just far more likely to show their love through caring acts.

The Logistician thrives in a relationship with someone who is playful, honest, and straightforward, and who stimulates and challenges them intellectually. The more open you can be, the better. While it may take some time for them to do the same, your patience will pay off when you realize what a thoughtful, adaptable, and dedicated partner they make.

If there’s one thing you should know about INTJs, it’s that expressing their feelings doesn’t exactly come easily to them, don’t take it personally, because they’re simply wired to emphasize rational thought. Moreover, they don’t like to be rushed in romance. They may appear stoic, but that doesn’t mean that they’re entirely closed off. It’s just that they like having as much information as possible before making a decision to expose themselves in any way.

Even though they’re not really the mushy type, INTJs show their love in other ways, like helping you to prepare for an interview, listening intently when you talk about your day, and showing up at your family party exactly when they said they would. It’s also worth noting that certain personality types — particularly those with a counterbalancing Feeling, Extraverted, and/or Sensing trait — may be able to draw the Architect out of their shell and help them get in touch with their emotions.

More like this
Is Madison LeCroy Dating Whitney Sudler-Smith? Here's What Sources Say
By Candice Jalili
5 Signs You're Burned Out From Dating & Could Use A Break
By Danielle Sinay
Clare Crawley's Tweet About Matt James Reportedly Dating Grace Amerling Is Shady
By Candice Jalili
Stay up to date