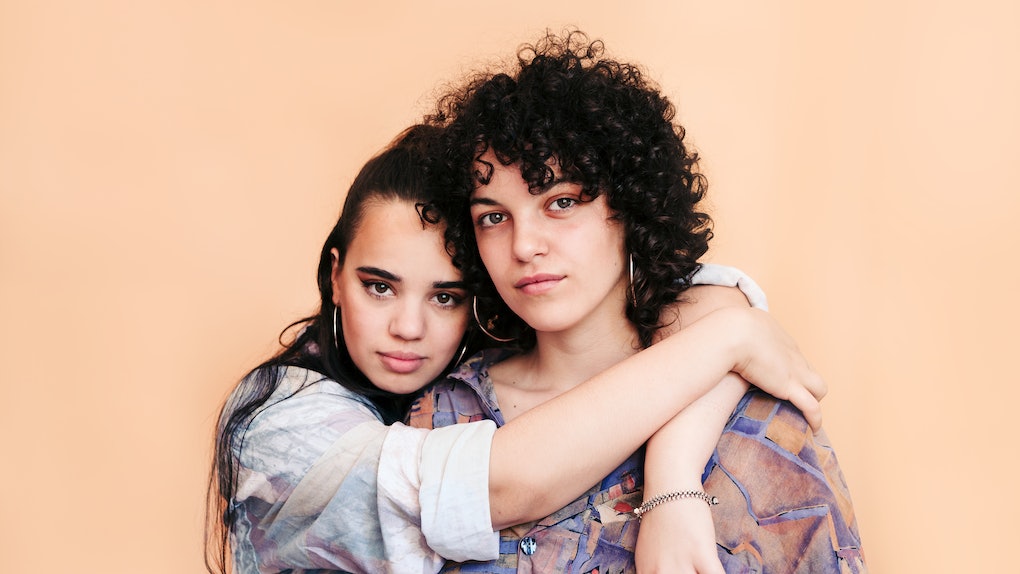 After dating someone for a while, there might come a time when you start to wonder where the relationship is heading. Even though starting a conversation about the future can be scary, it's the only way to ensure both people are on the same page. Using some relaxed conversation starters about dating exclusively is a great way to broach the topic without applying too much pressure on your partner. If the idea of having a formal conversation freaks you out, initiating mini conversations throughout the early stages of the dating process can be a less daunting approach. This way, you can figure out how someone's feelings little by little, instead of later down the line when you're already emotionally invested, according to relationship and well-being coach Shula Melamed, MA, MPH.

"I think having conversations about relationships and relating styles is a great way to front-load a conversation like this," Melamed previously told Elite Daily. "Getting a sense of what they are looking for, talking about future hopes and dreams, where they see themselves, how they would like to spend their days, what they want to do in their free time, [and] how they relate to their family, is a great information-gathering exercise." However, if you've been dating for a while and aren't sure how they really feel, here are some conversation starters to help you figure it out.

1. "I Love Spending Time With You"

When initiating the "what are we" talk, Melamed said it's best to start on a positive note and avoid saying, "We need to talk." This phrase can lead to anxiety that can push someone into a defensive headspace. "The anxiety bells might not be going off because the person is a commitment-phobe," said Melamed. "It's just that... most people will engage with conversation over confrontation any day of the week."

2. "I Feel Lucky That We've Had This Time To Get To Know Each Other"

Starting a dialogue by expressing gratitude is another way to keep the vibe relaxed and sincere. Telling someone that you've enjoyed getting to know them will might encourage them to consider how they perceived the time you've spent together.

3. "Hanging Out With You Has Made Me Feel [Fill In The Blank]"

"Instead of putting all of the responsibility on the other person, make how you feel known first," Kali Rogers, CEO and founder of Blush Online Life Coaching, previously told Elite Daily. "Describe what you're feeling, what your end goals are, and why you feel the need to create an official relationship between the two of you." Sometimes, being direct and putting yourself out there is the easiest way to suss out if your feelings are reciprocated.

4. "I Really Like What We've Got Going. How Would You Feel About Dating Exclusively?"

When it comes to communicating how you feel, according to Rogers, there's no need to overthink it. "As long as you're honest, there probably isn't a 'right' way to start the conversation," she said. The most important thing is that you don't let your fears about a partner's response keep you from seeking clarity.

Ultimately, if someone's interested in taking things to the next level or putting a label on a relationship, then they will probably be pumped that you brought it up. And if they're not sure how they feel, that's OK too. Some people need more time to process their feelings than others. As long as you're both communicating honestly and openly about what you want, then you're probably on the right track.