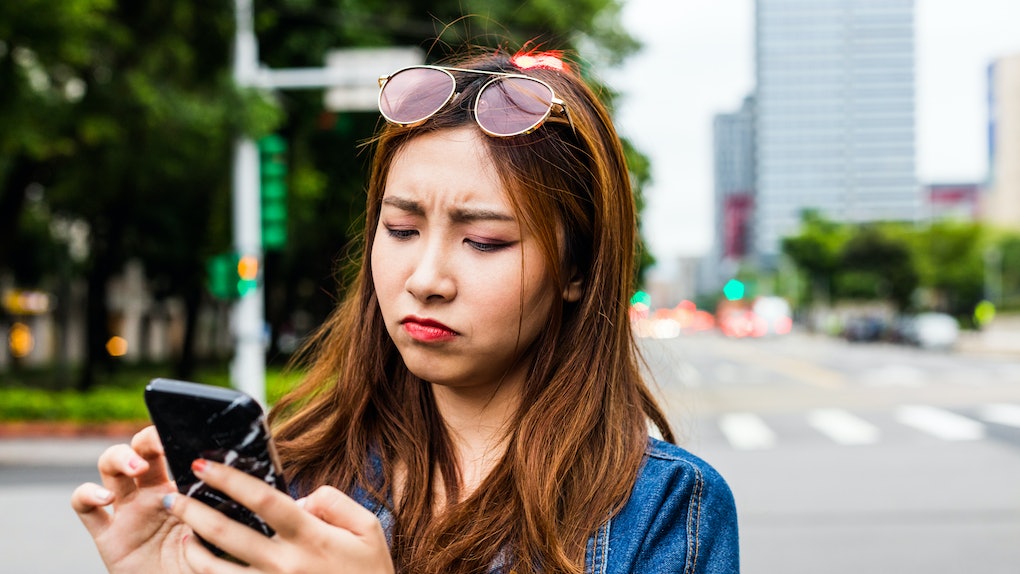 3 Zodiac Signs Who Don't Text Their Significant Others Often

Ping. Ping. Ping. Another text. The third message in three minutes. If your phone is constantly blowing up with texts from your partner about riveting updates like, "I might get chicken nuggets later?" followed by, "Wait, no, cheese fries," and then, "Mmm... cheese fries," and you're a person of few words, that might start to bug you. Some people simply aren't that into electronic communication and would prefer an in-person convo over texts. For others, texting their SO randomly doesn't even occur to them. There are a few zodiac signs who don't text their significant others as often as other signs, and if your partner is one of them, don't expect their name to pop up on your phone screen too frequently.

It's natural to desire 24/7 contact with bae, especially if you two have just started dating. But the sooner you establish texting boundaries and expectations, the better. "It's great to check in during the day, but it isn't (or shouldn't be) necessary to be in constant contact," Nicole Richardson, licensed marriage and family therapist, previously told Elite Daily. Of course, if your partner isn't checking in at all, that's worth discussing, as well. For these three signs, texting an SO frequently goes against their instincts, and their partner may be left wanting more.

Taureans really hate texting, and it's not just because they're kind of lazy. Those born under this earth sign are all about face-to-face communication, so conversations that go down via text tend to feel pretty empty. Connecting with an SO is important to them, but texting just doesn't do it. Seeing as it's hard for them to open up in general, it's unlikely you'll get more than a few words out of them when texting — and I wouldn't expect them to ever text first. Taureans simply aren't the type to initiate a conversation, especially when it's over text message.

There's basically a one-in-five chance of Sagittarians remembering their phone when they leave the house, and even when they do bring their phone along, it rarely occurs to them to text their SO. This fire sign is wildly independent and always on the go, so you can never expect them to check in too often. Those born under this sign have a tendency to be a bit careless, both with other's feelings and their own responsibilities, but they don't mean to be hurtful. These happy-go-lucky people just love to have a good time, and that good time usually doesn't involve keeping their partner up-to-date.

Despite constantly being on their phones, Capricorns rarely use their phones to keep in touch with their SOs. Productivity is imperative for this earth sign, and they're usually spending too much time adding events to their calendar, emailing their employers and professors, and updating their LinkedIn to say "hey" to their partner. Work almost always comes before relationships for this sign, and like Sagittarians, they aren't terribly flexible with their personal agenda. If they do text their SO, it's likely concerning logistics rather than asking about their day. Who has time for idle chit-chat when there's so much work to be done?

Not texting often enough can be just as problematic as too much texting in a relationship. In an ideal world, both partners would reach out to each other just as frequently, but if your SO is just not a texter, you might want to consider whether your expectations are realistic. Believe it or not, your sweetie can still miss you even if they don't send you puppy GIFs once an hour, so sometimes you just have to accept people's texting habits for what they are.

More like this
3 Zodiac Signs Most Compatible With Kourtney Kardashian & Travis Barker
By Caroline Colvin
7 Reasons A Libra & A Pisces Make The Ultimate Power Couple
By Courtney Dercqu
Here's Why Someone Cheats On Their Partner, Based On Their Zodiac Sign
By Danielle Sinay
Stay up to date