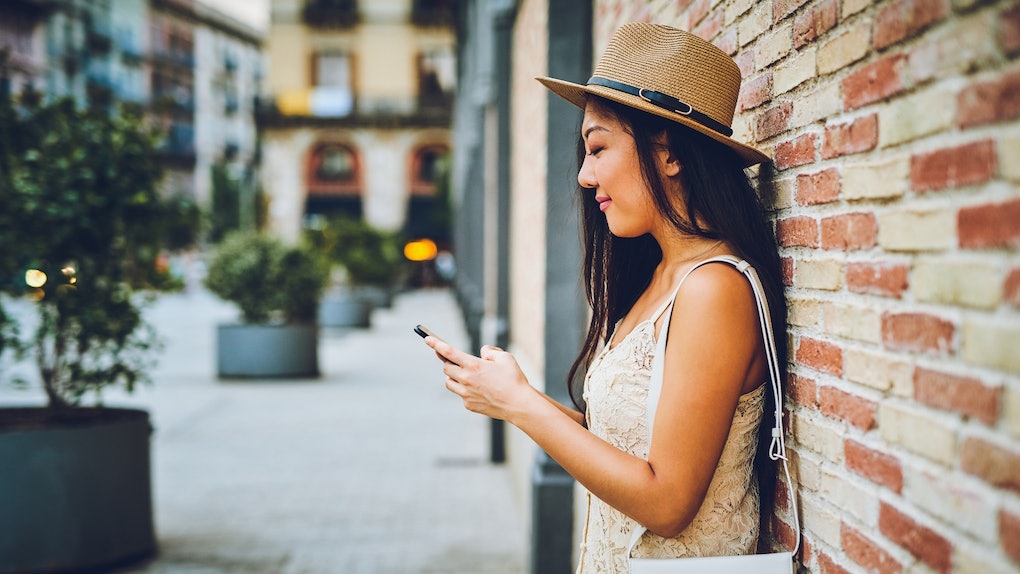 4 Zodiac Signs Who Text Their Significant Other All Day Long

Messaging a partner 24/7 isn't always a result of insecurity. Someone constantly engaged in SMS with an SO might just see their partner as someone with whom they can share all the funny GIFs they find and the random thoughts they have throughout the day. Texting may be someone's way of saying, "I miss you," when they're separated from their boo. But constant texting can be an unhealthy habit, according to Nicole Richardson, licensed marriage and family therapist, who previously told Elite Daily, "Too much texting makes it less necessary and more difficult to connect with others throughout the day."

If your partner is one of these signs, then you better get ready for texts aplenty.

Pisceans may be easygoing and deeply intuitive, but that doesn't stop them from craving almost constant reassurance. They love with all their hearts, and when they're in a relationship, this sign usually wants to remind their partner how much they care as often as possible. They're also a bit scatterbrained, and they won't hesitate to share any of the random ideas that pop into their head via text.

A Pisces may not always reply to the texts they receive right away, but they'll still expect immediate responses from an SO. When that reply lags, it's only a matter of time before a Pisces follows up with a dozen texts saying, "Are you mad at me?"

Geminis are chatterboxes, so even when they're not with their SO, they tend to keep a constant convo going. This sign is impulsive, and like Pisces, they don't think before they text. It's likely that any funny, troubling, or interesting thought they have is going to be shared with their partner. Geminis love being the center of attention, and what better way to keep a partner's attention than by texting them all day?

Also like Pisces, Geminis tend to be unreliable texters, so even though this sign is often glued to their phone, they don't always get back to their partner right away. When you're in a dozen different group chats at once, it's hard to keep up with the demand!

Like their fellow water sign Pisces, a Cancer tends to be a bit... well, needy. Cancers are homebodies who require comfort and familiarity, so when this sign is separated from their boo, 24/7 texting allows them to still feel close. They'll likely share cute animal videos or throwback pics throughout the day, and it's probably just as much for their own enjoyment as their partner's. They can't help it — they're just big ol' softies.

Unlike Pisces and Gemini, Cancer has a tendency to reply to texts almost instantaneously, and they expect their partner to do the same. Cancers truly need the security of knowing that bae is only ever a text away in order to function.

Leos, like Geminis, thrive when they have everyone's undivided attention, including their SO's. They don't care whether their partner is taking a test, in the middle of a meeting, or stuck on a subway underground with no service — they still expect a prompt reply to the (many) texts they send throughout the day. From hot selfies to not-so-humble brags, Leos don't actually need reassurance, but they still like to get it.

Leos know they're pretty awesome, and they can only assume their partner finds them as endless interesting as they find themselves. They like to supply their boos with a running commentary about their day, and if their SO doesn't reply with the appropriate speed and enthusiasm, they probably won't last.

Establishing texting expectations and boundaries in a relationship is essential, especially since you and your significant other may not see eye-to-eye. If you're not thrilled with how often your partner texts you, it's time to have a talk with them about it... and no, it doesn't need to be over text.

More like this
3 Zodiac Signs Most Compatible With Kourtney Kardashian & Travis Barker
By Caroline Colvin
7 Reasons A Libra & A Pisces Make The Ultimate Power Couple
By Courtney Dercqu
Here's Why Someone Cheats On Their Partner, Based On Their Zodiac Sign
By Danielle Sinay
Stay up to date