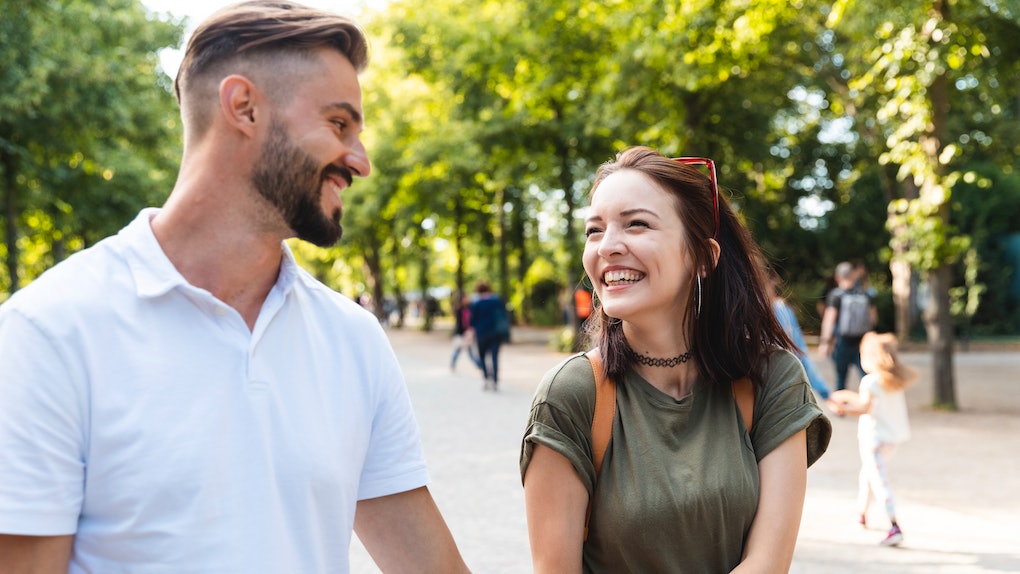 You're probably familiar with a couple like this: They fight, they break up, they kiss, they make up. No matter how nasty the split, some people still find a way to couple up again and make things work. When it comes to zodiac sign pairs who break up and get back together with their exes, there are a few specific types of people who are likely to crave a reunion: folks who seek comfort over adventure, or softies who believe that love conquers all. In other words, there's probably a very slim chance of an Aries patching things up with an ex.

Getting back with an ex is complicated, and as Dr. Benjamin Ritter previously told Elite Daily, you should ask yourself certain questions before commencing round two with your old boo. "Are you willing to be in the same relationship?" he asked. "Are you at the point where you don't want the things that you wanted before? Are you willing to give up the things you fought about and that caused your relationship to end?" For some zodiac signs, the answer to all the above tends to be yes — especially when it involves these three idealistic sign pairings.

As earth signs, Taurus and Virgo share more than just a tendency to rekindle romances with old flames. These two have a reputation for being practical and grounded, but that doesn't mean they're not willing to give an old relationship a second shot. They both value the stability of a long-term romance, and as comfort and familiarity are top priorities for both signs, they often find a way back to each other. Although Taurus may be stubborn and Virgo may be a little overly critical, these two have the ability to work things out even after going their separate ways.

Pleaure-seeking Leo and people-pleasing Libra may seem like an odd combination, but this fire sign and air sign make for a surprisingly good match. They share a love of socializing and being admired by others, and a Libra is usually more than happy to fulfill the whims of a Leo. They also share a common fear: being judged. After breaking up, their first thought is usually about what other people will think, so these two tend to get back together just to save face. Even with a Leo's penchant for drama, Libras are so conflict-avoidant that they can work things out with a Leo ex, if only to restore balance and salvage their reputation.

When two water signs get together, big emotional displays are pretty much inevitable. While Cancer and Scorpio is a near-perfect pairing that defines the relationship quickly, a relationship between a Cancer and a Pisces tends to be a little more tumultuous. As they're both highly sensitive and intuitive, they're careful not to hurt each other's feelings, but they also tend to lose touch with reality together. These fellow dreamers let their emotions run high, and while they may drift apart, their forgiving and romantic natures will allow them to put aside their hurt feelings and give their relationship another go.

Breaking up with an SO doesn't always mean your relationship is over. Plenty of couples manage to find their way back together after splitting up, and for these pairings, reconciliation is more likely than not.

More like this
May 13, 2021 Will Be The Best Day This Month For Virgo In Terms Of Relationships
By Chelsea Jackson
3 Zodiac Sign Pairings Most Likely To Ghost Each Other
By Rachel Shatto
Here's The Reason You Don't Like Dating Apps, Based On Your Zodiac Sign
By Corinne Sullivan
Stay up to date