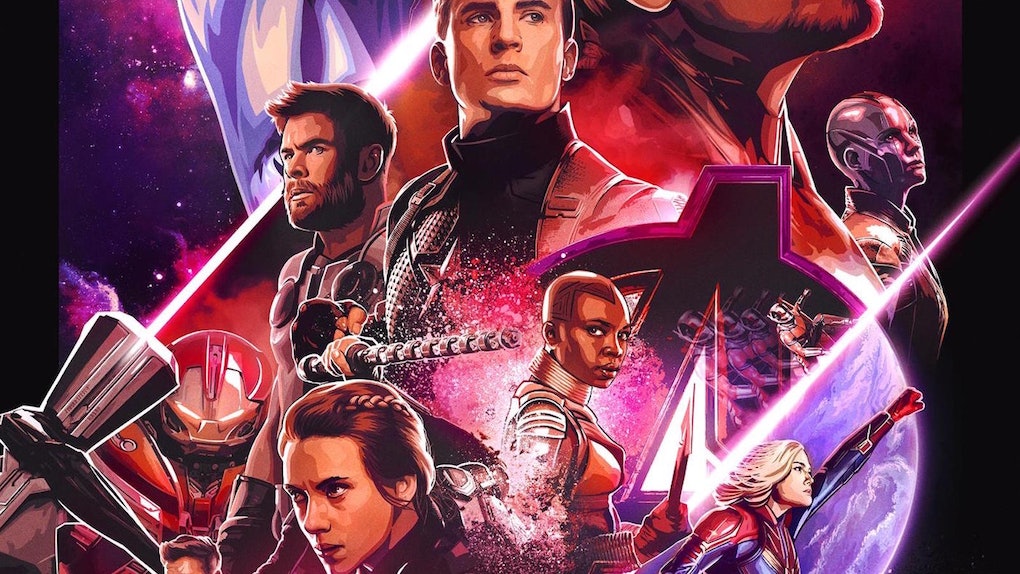 Even though everyone is still curious about how Avengers: Endgame is going to end, Marvel fans have been getting a ton of teasers, trailers, and posters over the past few weeks that have provided lots of looks at the upcoming movie. Tuesday morning was a particularly big day, because not only did we get a new Avengers: Endgame trailer and tickets finally went on sale, but Marvel also hit us with three new Avengers: Endgame posters to pump fans up for the rematch with Thanos even more.

Now that we are officially only days away from the Avengers: Endgame premiere, Marvel's promotions for the movie are going nuclear. Along with movie tickets finally being made available to purchase, the studio also released its final trailer for Endgame. The minute-long special look shows the Avengers who survived the ending of Infinity War making plans for their next fight against Thanos, as the team piles into a spaceship and flies up to the planet Titan to come face to face with the intergalactic foe once again. The trailer also confirms Pepper Potts survived the snap, and we get to see Iron Man and Captain America have the reconciliation that fans have been waiting for since Captain America: Civil War.

But that trailer was not the only new bit of promo that Marvel dropped for Avengers: Endgame. The studio also released three new posters that give new and different looks at the superhero team and their purple nemesis. The new posters were released exclusively through Dolby Cinema, IMAX, and Atom Tickets.

The Dolby Cinema poster is the most stylistically different from all of the other artwork that Marvel has released for Avengers: Endgame. The illustrated poster pays homage to the movie's comic-book origins, and it also teases some important elements of Endgame — the spaceship that Tony Stark and Nebula are gazing at depict the place where they will begin Endgame, and Captain Marvel's position in the purple-y backdrop with Thanos could be a clue that she is the key to defeating him.

The IMAX poster is the most similar to all of the previous Avengers: Endgame posters, focusing on a the familiar clump of surviving superheroes in the center as Thanos ominously watches on in the background. The difference here is that all of the fallen heroes are visible as ghostly figures next to Thanos.

And finally, the exclusive Atom Tickets poster was actually created by the popular fandom illustrator BossLogic. The fiery poster also teases the importance of Captain Marvel in the fight against Thanos, as she stands glowing within a pillar of flames engulfing the Mad Titan beneath her.

With the final trailer and these three action-packed posters, there is more than enough to keep Marvel fans pumped and theorizing in the next couple of weeks of waiting. And the wait will be worth it, since Avengers: Endgame is going to be over 3 hours long. So get ready to settle in for a long movie when Avengers: Endgame hits theaters on Friday, April 26.

More like this
This Video Of Disneyland's Marvel's Avengers Campus Is Super
By Cianna Garrison
What's Coming To Netflix In May 2021? Lots Of Action & Drama
By Ani Bundel
'Downton Abbey 2': Release Date, Cast, Trailer, Photos, & More
By Ani Bundel
Stay up to date