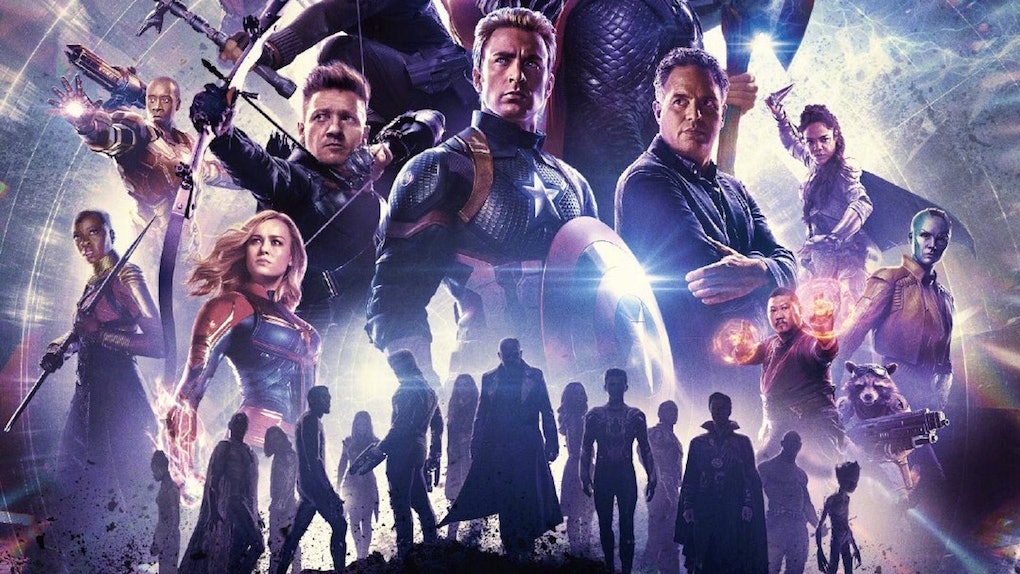 Spirits may be low going into Avengers: Endgame, but the movie's latest poster may be at least somewhat promising. Although the U.S. official poster only gathered together the main group of surviving Avengers after Infinity War, the newly released Chinese poster delivers on the true meaning of Avengers assemble. The new Avengers: Endgame poster brings back the dead heroes from Thanos' snap to stand alongside the survivors.

At this point, it is an open secret that the Avengers will find some way to reverse Thanos' snap and resurrect their comrades that turned to dust at the end of Infinity War. Not only would it be ludicrous for Marvel to kill off half of its money-making machine in one fell swoop, but the studio has already confirmed upcoming sequels for currently-deceased heroes like the Guardians of the Galaxy and Spider-Man, along with all but confirming that Black Panther and Doctor Strange will definitely be getting sequels as well.

But because of that universe-halving snap, the trailers and posters for Avengers: Endgame have only featured the living heroes interacting. with one another. Recently released character posters showed every single Avenger singularly, denoting the dead ones by coloring them in black and white. The latest poster, though, brings all the heroes together. The poster, which was shared by Disney's president of marketing Asad Ayaz, shows the living Avengers posing together in the light while the deceased Avengers stand as shadows beneath them. Check it out:

There are several interesting details to note about this new poster. First of all, as the character posters had already confirmed, Shuri is standing among the fallen heroes, meaning she did indeed die from Thanos' snap. The poster is also the first inclusion of Valkyrie, Nebula, and Wong in an ensemble poster for Endgame, as those three living heroes were left out of the U.S. official poster.

Another potentially crucial detail is who was and was not included in the shadowy portion of the poster. The deceased lineup includes both Vision and Gamora, which is interesting since both of those heroes died before Thanos' snap and were therefore not dusted like the rest. On the contrary, though, Loki and Heimdall do not appear on this poster, even though they also died during Infinity War but before Thanos' snap. This seems to suggest that Vision and Gamora may actually be saved with the rest of Thanos' victims, but Loki and Heimdall may not be so lucky.

Then again, Loki actually did get his own character poster, which fans thought was a confirmation that he will be brought back in Avengers: Endgame. Between all the posters we have seen so far, Loki seems to be the biggest question mark as far as someone who may come back or may not. At least we can put Heimdall to rest, it seems, since he got neither a character poster nor a spot on this poster.

Avengers: Endgame will have a lot of time to deal with every last one of these characters, since it is reportedly clocking in at over 3 hours. The movie will hit theaters on April 26.