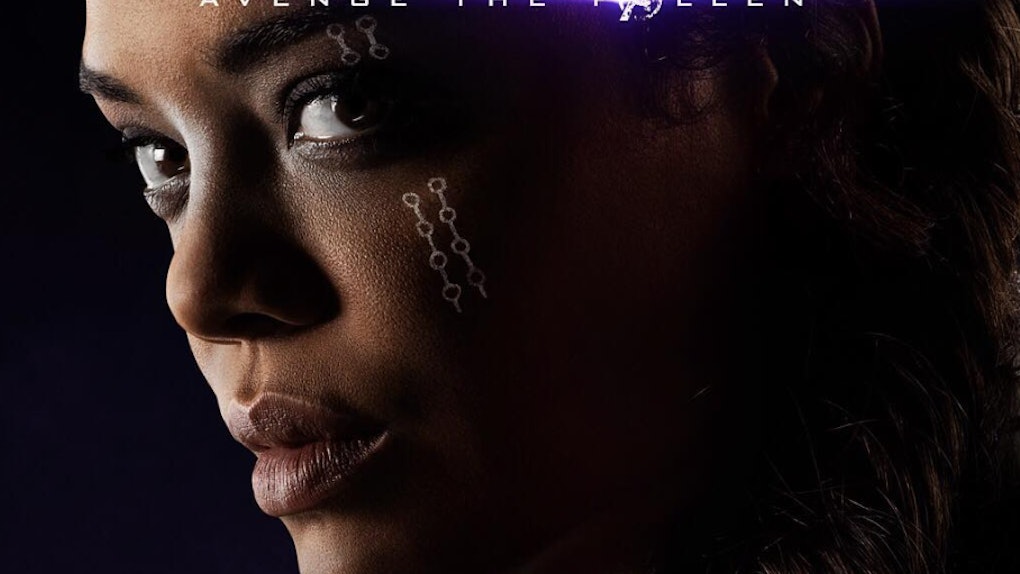 Will Tessa Thompson Be In ‘Avengers: Endgame’? The New Posters Reveal A Lot About Valkyrie

When fans last saw their favorite superheroes in last year's Avengers: Infinity War, fans were left with a lot of questions. What will happen to Tony Stark and Pepper Potts' relationship? Will Bruce Banner ever become The Hulk again? And, definitely not least of all, who survived Thanos' life-shattering snap and how will its victims be saved? Hopefully all the answers will come in the next Avengers installment, but until then at least one question has already been settled: Will Tessa Thompson be in Avengers: Endgame? Thanks to release of new posters on March 26, fans of Valkyrie can rest easy knowing they'll get to see her in the next Marvel flick.

With the release date of Avengers: Endgame fast approaching, fans got a little sneak peek into the Marvel world with the release of a collection of character posters. Each of the main heroes in Avengers: Endgame received portrait, and Valkyrie is one of them. She doesn't appear in any of the trailers or in the official poster that features a collage of characters' heads. But, this new poster release confirms that Valkyrie is among the heroes who will be fighting Thanos in the new movie. It's an understatement to say that folks are excited to see this fan-favorite character again:

Valkyrie was first introduced in the Marvel Cinematic Universe in Thor: Ragnorak, but she was suspiciously missing from Avengers: Infinity War. Many fans wondered if that meant that she didn't survive the end of Ragnorak. If she was alive during Infinity War, it was unclear whether or not she survived Thanos' snap (which wiped out half of all live in the universe) since fans didn't get to see her on screen at all. It looks like she did survive the snap, and she'll be called upon to help save those who didn't.

Now that it's clear Valkyrie will be back on the big screen, many fans are excited about the possibility that she might interact with another popular character. Since the release of Captain Marvel at the beginning of March, MCU fans have been fantasizing about seeing the two powerful female characters together. Thompson seems to be on board to get her character together with Brie Larson's Carol Danvers. She and Larson have been sharing Valkyrie/Captain Marvel fan art with each other on Twitter:

Of course I would love the chance to work with Brie. We were just like, ‘Look! It’s us together!’ I think we’re both new to the MCU, so we both retain the sense of like, ‘Can you believe!?’ We’re just like, ‘What? We got capes? What’s happening?!’ We’re both really geeked out by having dolls and occupying this space.

It's a good thing that Thompson is on board to have Valkyrie and Captain Marvel join forces because fans on Twitter are already flipping out over the prospect of it:

Luckily, Marvel fans won't have to wait very long to see how it all plays out. Avengers: Endgame hits theaters April 26.