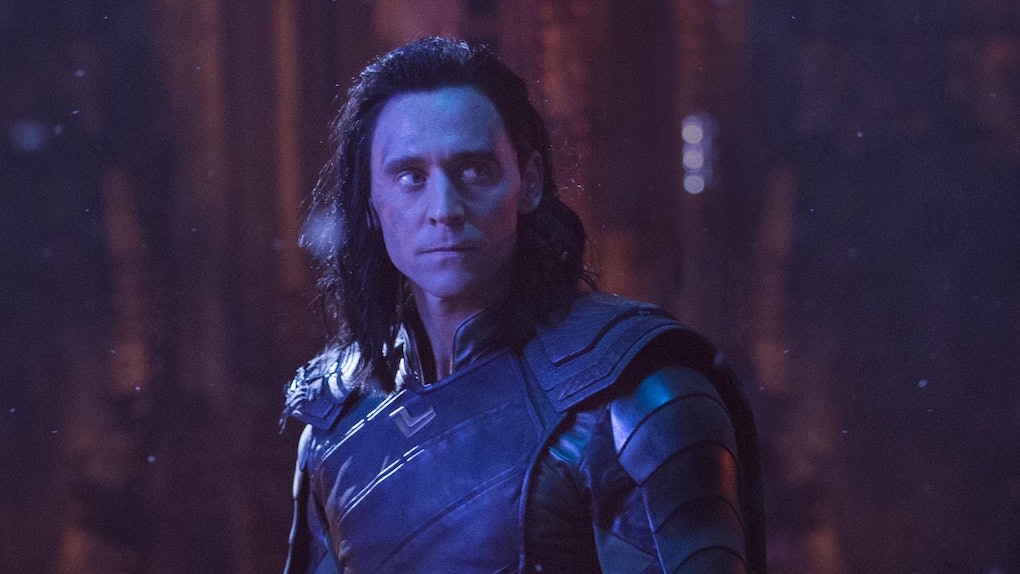 Will Loki Be Resurrected In 'Avengers: Endgame'? Fans Think The New Posters Hold The Answer

It is no secret that Avengers: Endgame is going to bring back the superheroes that turned to dust after Thanos' snap — I mean, Spider-Man and the Guardians of the Galaxy have upcoming movies scheduled — but there are a few Marvel favorites that are not guaranteed a comeback. Some fans think that the newly released character posters may finally give us some answers about the dead superheroes in question. So, will Loki be resurrected in Avengers: Endgame? We may have gotten an answer.

Although it seems fairly obvious that the dusted heroes will somehow be resurrected, Marvel fans are less sure about the heroes in Avengers: Infinity War that died before Thanos performed his lethal finger-snap. These include Loki, Heimdall, Gamora, and Vision, all of whom were killed by Thanos simply by brute force rather than as the result of his snap, which seems to be an important distinction. Even if the remaining Avengers are able to reverse the snap, it would not bring back those four heroes killed pre-snap, right? Well, the newly released character posters for Avengers: Endgame have fans thinking something totally unexpected may happen.

Marvel just released a ton of character posters for Avengers: Endgame that denote whether each hero is currently living or dead by whether or not they are shown in color or in black and white. The posters have already shocked fans by revealing Shuri was indeed a victim of Thanos' snap, but they could potentially hold even more clues. Notably, Loki, Gamora, and Vision all get their own memorial posters stylized the same as the heroes who turned to dust:

But Heimdall, who was also killed by Thanos in sacrifice to save Thor and the Hulk, does not get his own poster. This inclusion (and Heimdall's exclusion) has fans thinking that Loki, Gamora, and Vision really will get resurrected along with everyone else.

Fans have actually theorized Loki may still be alive after Infinity War for a while, and there are a few other factors that make his return seem plausible. One of which is the fact that Tom Hiddleston tweeted out his Endgame character poster.

This is a big deal because Hiddleston rarely ever uses his Twitter account — this is his first tweet in 2019, and he only tweeted twice throughout 2018. One of those 2018 tweets, tellingly, was a note promising more of Loki was to come after Infinity War:

The note was more likely a reference to the upcoming Disney streaming show Loki, which Tom Hiddleston will star in as his iconic character. And the fact that show exists provides all the more reason to believe Avengers: Endgame might see Loki coming back to life.

Similar things can be said for Gamora and Vision. Vision is starring in his own upcoming Disney streaming series with Scarlet Witch, and it actually would not be too difficult to resurrect him if the Avengers can just recapture the Mind Stone from Thanos. Gamora is the biggest question mark — although Guardians of the Galaxy Vol. 3 is confirmed for the future, the ensemble cast of those movies technically could continue without Gamora. But the major theory for Endgame right now is that time travel will be used to stop Thanos, which would give the Avengers the opportunity to prevent Thanos from tossing Gamora off that cliff.