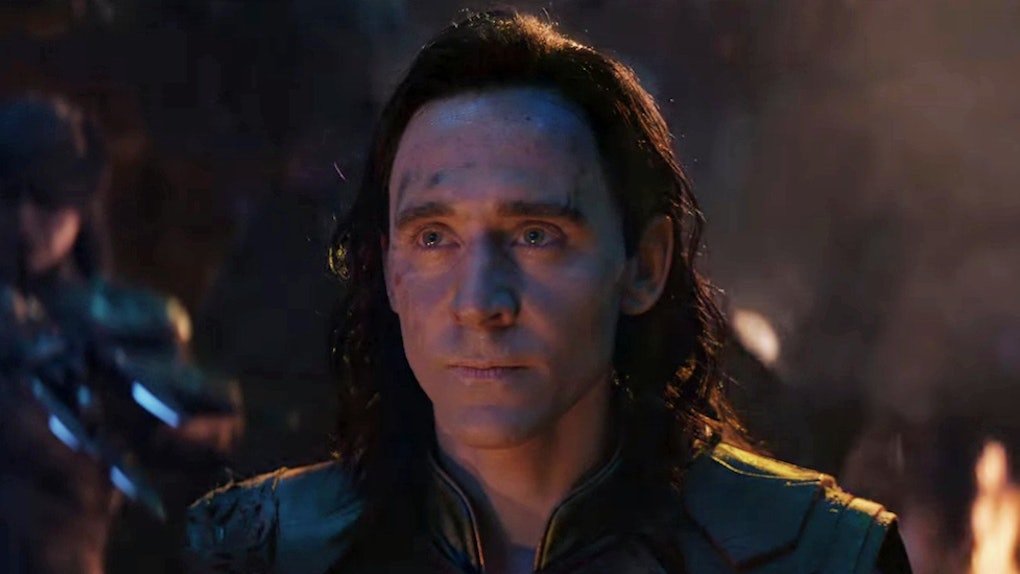 Did Loki Fake His Death In 'Avengers: Infinity War'? This Theory Claims He Is Still Alive

By now, everyone knows that Avengers: Infinity War ended in a whole lot of major deaths. Marvel fans are still trying to work out how the Marvel Cinematic Universe will move forward after Thanos' life-decimating snap, but what about that major character death that happened at the very beginning of the movie? A new Reddit fan theory is making the case that Loki may have not actually died in the movie. So, did Loki fake his death in Avengers: Infinity War? It certainly would not be the first time that the trickster god pulled a fast one, but could he really be that convincing with his illusory magic? Let's break down the new theory.

Basically, the theory points to the fact that Loki's primary motivation throughout his run in the Marvel Cinematic Universe has been self-preservation, but at the beginning of Avengers: Infinity War, he is quick to sacrifice himself in order to save Thor and the Hulk from Thanos. That definitely seems out of character. Let's not forget that Loki has already previously met Thanos — the Mad Titan is who originally sent Loki to Earth in The Avengers to search for the Space Stone — so he knows what Thanos is capable of more than anyone else. The Reddit poster also pointed out that Loki was looking very clean and healthy compared to all the sweaty, wounded people around him on the ship. Pretty suspicious...

So, what really might have happened? Well, it seems more likely the Loki that we all know would hide out among all the dead bodies on the Asgardian ship after Thanos came on board, and then created an illusion of himself to hand over the Space Stone and get killed by Thanos immediately afterwards.

Umm, so could that mean that Loki is still alive? He isn't called the trickster god for nothing, and he has faked his death before, so it is something that fans should consider. The real question among skeptics of this theory, though, is whether one of Loki's illusions could be corporeal enough to hold the Space Stone and be killed by Thanos.

There are also the statements that Tom Hiddleston and Avengers: Infinity War writer Christopher Markus have given about Loki's death, which sadly make it sound like it actually did occur. At a recent Comic Con, Hiddleston remarked on how Loki referring to himself as Odinson in his death scene "closes the whole journey of Loki," and how his character's death was important to set up Thanos as a truly terrifying villain. Likewise, Markus stated that the deaths in Infinity War are real, and that the follow-up movie may not do what fans think it will.

Although the actors and writers seem to be saying that Loki's death wasn't faked, that really does not detract from this theory, since most Marvel fans know that these people have to say what they need to say in order to preserve any big twists or reveals in future movies. At this point, there is about as much of a chance of Loki faking his death as there is in him actually being dead.

But if Loki really did manage to survive Thanos' attack on the Asgardian ship, then we might be seeing him again in next summer's Avengers 4. That is, if he also happened to make it through Thanos' snap. A surprise return from Loki could be a huge help to the remaining Avengers, since the trickster god knows Thanos the best out of anyone they know (aside from Gamora), and may be useful in tracking the Mad Titan down.