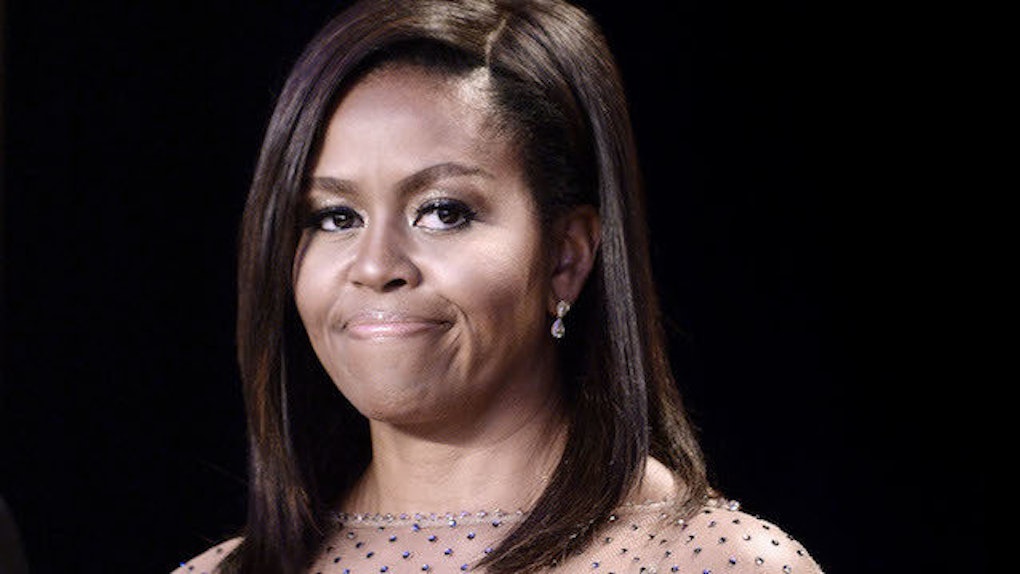 Michelle Obama is saying her goodbyes to the White House, so it's probably time for us to let go of the denial and say our goodbyes as well.

She posted a video on Wednesday using the FLOTUS Twitter account, which she will be losing once Donald Trump is inaugurated on Friday -- just as an added reminder the times are a-changing.

The video shows the first lady walking through the People's House. She tweeted it with the caption,

Taking it in on one last walk through the People's House.

You can see the video here:

"The People's House," just to clarify a confusing point there, is a sweet nickname for the White House where the president and his (because it's always been a "his") family lives.

The first lady, a title I will use to refer to Michelle with much gusto for the next 48 hours, walks through a couple rooms in the giant mansion in the video.

We see her walking down a hallway and calling out to Sunny and Bo, the dogs the Obamas got when they moved in as a promise to Sasha and Malia.

We then see Obama walk through some of the famed rooms of the White House. She looks around thoughtfully as she walks, clearly taking it all in for the last time -- before it gets a glam room and is covered in gold-leaf paint and potentially also spoiled with the urine of Russian prostitutes.

The Obamas will be moving out of the White House on Friday when the Trumps (possibly without young Barron) move in.

Obama has commented on the significance of her and her family living in the White House all these years.

In her speech at the Democratic National Convention in 2016, which she did not plagiarize, she spoke about waking up every morning in a house that was built by slaves, as the first black first family.

The Obamas have been a graceful mark in American history. We're saying goodbye to them as White House residents, but it's not a forever goodbye.