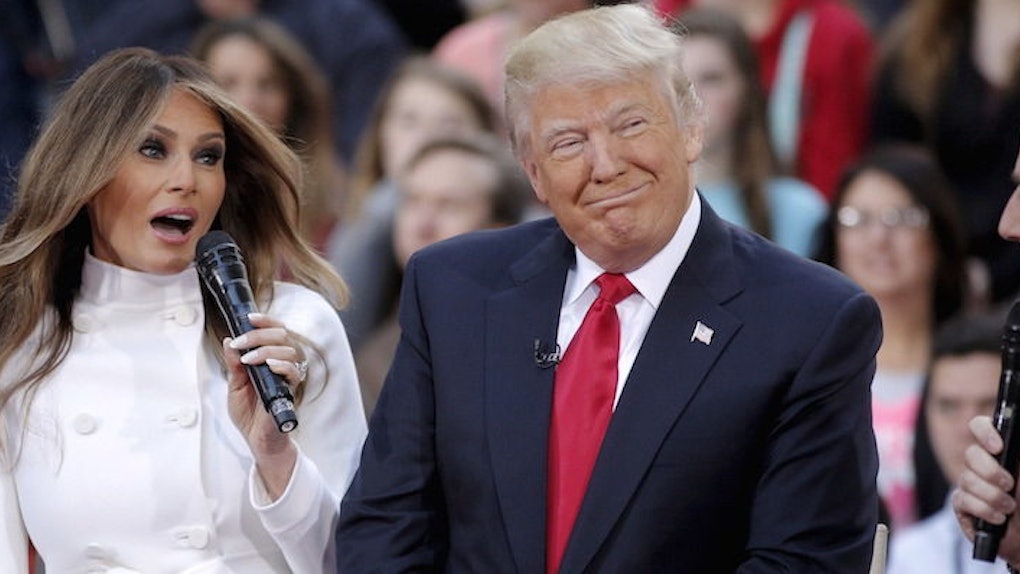 New Detail May Prove Melania's Speech Was Not Only Plagiarized, But Illegal

OK, so the truth is out: Parts of Melania Trump's speech were definitely plagiarized.

Donald Trump's employee Meredith McIver admitted including some "phrasing" from Michelle Obama's 2008 speech. It's all here in black and white (well, gold and brown, because it's Trump):

The whole thing erupted on Monday night, and it took two days for the Trump campaign to finally step up and take responsibility. McIver even offered to resign, but Trump rejected her resignation because he's such a great guy.

But there's a bigger problem, and it lies in this very letter from McIver.

The letter comes from "The Trump Organization," where McIver describes herself as a staff at his firm -- aka she's not part of his presidential campaign staff.

This is a bit of a gray area because it's not common for a presidential candidate to have the driving force of a huge business empire funding his or her campaign.

But basically, Trump might be in hot water over using corporate resources to aid the speech's writing for a political purpose.

Lawrence Noble, general counsel for the Campaign Legal Center, told The Washington Post it is a criminal offense if the campaign "knowingly and willingly" used corporate resources like this.

On the face of it, this looks like a corporate violation. It can result in civil penalties to the corporation and the campaign. It's very hard to tell exactly what's going on, but it's possible that what they're doing is paying in advance for the use of staff.

It's hard to tell how damaging this is going to be for the Trump campaign.

But I'm pretty sure The Donald's not breaking into a cold sweat over this. I mean, why would he -- he's already gotten away with way worse.