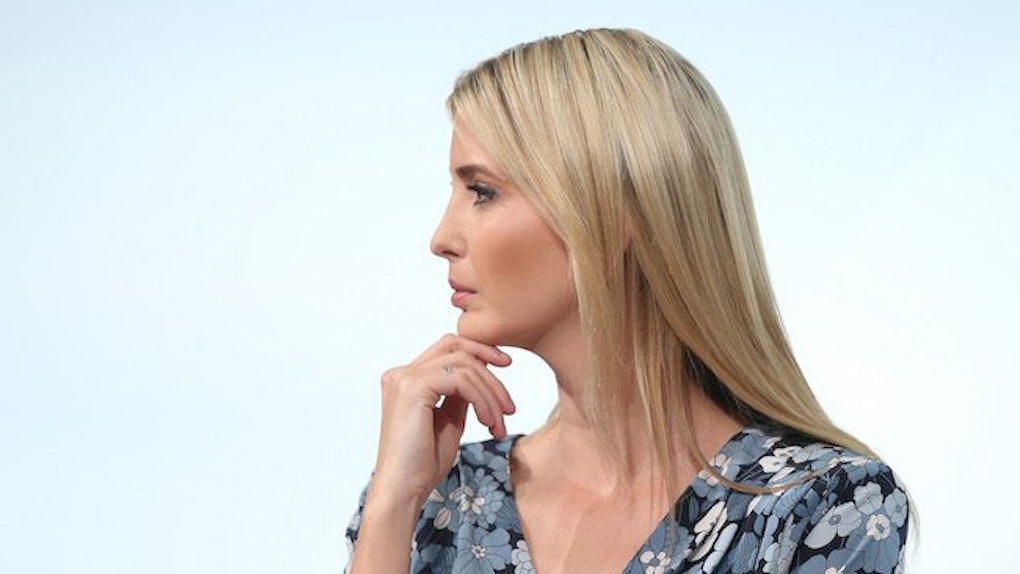 Ivanka Trump has been criticized repeatedly for not being more vocal about her father's sexism, especially in relation to the controversial "Access Hollywood" tape.

But according to people who were present in Donald Trump's office when the tape went public, she was extremely upset, The New York Times reports.

At the time, many felt this tape, in which Trump bragged about sexual assault and used extremely crude language, could derail his campaign.

To summarize what Trump said, "When you're a star… you can do anything." This was the video with his infamous "grab them by the pussy" comment.

But, the Times reported,

As she spoke, Mr. Trump remained unyielding. His daughter's eyes welled with tears, her face reddened, and she hurried out in frustration.

Trump ultimately issued a half-assed apology, in which he referred to his statements as "locker room talk."

Somehow, Trump still won the election, and Ivanka went on to become the first daughter and a very influential member of the Trump administration.

Meanwhile, Ivanka Trump is still facing a slew of criticism over her complicity in her father's derogatory behavior toward women, as well as his policies that attack gender equality.

Her brand has been boycotted, and Nordstrom even stopped carrying it.

The first daughter was booed as she attempted to defend the president's record on women's issues at a recent conference in Germany.

Ivanka Trump has attempted to paint herself as a voice of moderation in the White House and as someone who will be a fierce champion for women.

But many see her position there as blatant nepotism and feel she uses feminism as a means to build her brand.

It's hard to believe this story about how she reacted to the "Access Hollywood" tape will have a major impact on her image, especially with young women.

Unless she becomes a more outspoken critic her father, this likely won't change.