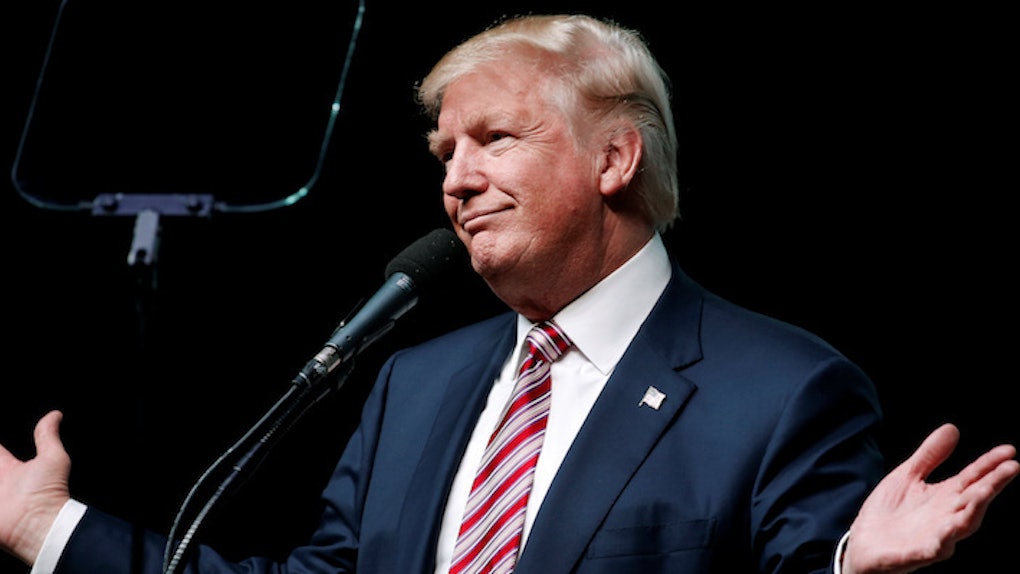 The Worst Celebrity Who Has The Same Zodiac Sign As You

Look, we can all agree that Astrology is a field of study based in hard, scientifically-sound evidence, and if you don't believe in it, you're a Capricorn. Therefore, it stands that if you're an Aries and someone else is an Aries, you're basically the same person.

Now, if you're an Aquarius, you might say, “Wait, stop right there! I'm my own unique person, with a life, an upbringing and a personality all my own. I won't be deduced to a type.” What a hilariously Aquarian outburst.

Well, I hate to break it to you, but there are only 12 astrological signs, so it's just basic math. You're not special.

Here are the terrible celebrities you have everything in common with, based on your shared zodiac sign:

Martin Shkreli is the pharmaceutical hobgoblin best known (and mostly hated) for hoarding medicine from newborns and people with AIDS by raising the price of said meds by 5000 percent. THEN, he spent millions on the new Wu-Tang Clan album so ONLY HE could listen to it.

Like all Aries, Shkreli is a baby, who has only physically developed into an adult. He sees the external world and all its wonders as a giant pacifier, and he spends his life grasping for what he believes he needs to survive.

Sound familiar, Aries? Of course it doesn't. Babies don't have the level of self-awareness to know they're this selfish.

Michael Moore is the pudgy, opinionated windbag, who loves making documentaries almost as much as he loves to say, “I told you so."

Like every Taurus ever born, Michael Moore is a stubborn, preachy blow-hard. He hates authority, but because he is plagued by a whorish need to show off his know-it-all attitude, he's devoted his life to telling us how we're doing it wrong.

Sure, his intentions are good, but, like, are they really?

Donald Trump is a man who needs no introduction, as he prefers to introduce himself by “grabbing women by the pussy.” But “Which Trump is the real Trump?” is a question the media (and the world) has been hammering their heads into walls over for the last year.

The answer is, they are ALL the real Donald Trump. Geminis are human Rubix Cubes, and they drive us all insane. It isn't until they're reading from a teleprompter that you realize Geminis are meant to be puzzles. They're just more entertaining that way.

Bill Cosby is known for filling the world with laughter and love, before the world found out he was drugging and raping woman.

Now, he hides away, hoarding his money to pay for lawyer fees and feeling sorry for his ruined legacy, like he actually believes he's the victim.

Before you hit the comments section, jut relax and hear me out. I'm not saying Cancers are rapists, but if you're a Cancer and you're doing something you shouldn't be doing, you'll probably act like a sad sack about it, instead of admitting your fault.

Instead, you'll isolate yourself and become overly reliant on the three things Cancers are all about: family, food and self-pity.

Everybody LOVES Madonna! She's a pop-genius! She's our Material Girl!

Yeah, but doesn't it put a bee in your basket when everyone is so obsessed with someone that they can't even understand why you hate them?

This is the problem with Madonna and all Leos: They're constantly surrounded by a bunch of sycophantic losers, so they'll never be taken down a peg. Even worse, their haters — true heroes of independent thought — will never have the satisfaction of watching that happen.

Also, a Leo is the infamous Brock Turner, but listing two pardoned rapists in a row makes this a different kind of article.

Oh, THIS bitch. There's nothing more frustrating than a thrice-divorced county clerk denying marriage licenses to gay couples, while claiming to act on “God's authority.”

Like every Virgo ever born, Kim Davis needs to shut her damn yap and stop judging everybody. She sets herself up for failure because she sees the whole world in terms of absolutes and her own ideals.

When the world doesn't measure up, ol' Kimmy gets disappointed and makes herself look like a jackass by trying to take matters into her own hands. Nobody likes you, Kim. And nobody likes you, Virgo.

Gwyneth Paltrow began her career at the height of movie stardom and is now best known for being a pretentiously tone-deaf blogger whom everyone hates. By making her divorce to Chris Martin sound like a spa treatment, calling it a “conscious uncoupling,” America decided they'd had quite enough of this skinny windbag.

The absolute science of astrology would indicate that if you're a Libra like Gwyneth, you're also a huge, snobby pain in the ass, with weird, snobby standards about social acceptability.

Go step in some dogshit, Libra. Try to stay humble.

Rachel Dolezal is a white woman who disguised herself in black face while serving as the president of the NAACP in Spokane, Washington.

When she was outed to the world by her parents, she did the most white-privileged thing ever: She doubled down on her fake black heritage, saying she was black because she “identified” as such.

Like all Scorpios, Rachel Dolezal's life is about power, manipulation and secrecy. She's annoyingly secretive and won't let anyone in on what's going on inside that insanely-twisted mind of hers, mostly because she doesn't even understand it herself.

Basically, handing out that information gives you the advantage in the psychological warfare game that is her life.

Obnoxious, loud-mouthed, cultural-fungus Anne Coulter has been peddling hate speech to right-wing idiots in the Midwest for years, and she shows no signs of zipping her lips anytime soon.

As is the case with every Sagittarius, this is because Anne Coulter's brand is annoying. Think of Miley Cyrus and her awful tongue, and you've got all the scientific evidence you need.

Every Sagittarius on God's green earth is incapable of understanding how obnoxious they are. They're too busy dispersing their awfulness out into the world to take a cold, hard look at themselves.

Ed Hardy was a tattoo artist who chose to abandon everything cool about his life to sell t-shirts to losers.

This is the problem with all Capricorns: Regardless of the cool lives they work toward, deep down, they are still boring people.

There's nothing more to say about them. Literally, they make me want to fall asleep.

Paris Hilton is known for being Paris Hilton. She's done some things, sure. She had a reality television show called “The Simple Life,” she's been a sort-of DJ and she has, like, a million different perfume lines only a dog could differentiate between.

Mostly, though, she's known for the weird baby voice she does when she talks.

As is the case with all Aquarians, Paris Hilton is somehow removed from her own humanity. She wanders the earth aloof and detached — a “persona” more than a person — while the rest of us wonder where she belongs (if not Earth).

Like all Pisces, Bieber needs to go back to Canada. Also like all Pisces, he is just a huge fucking martyr. While touring the album "Believe" (such an annoying title), he was actually lowered down to the stage, attached to a pair of gigantic angels wings.

Take a nap, Justin “Gabriel” Bieber. The world doesn't need you that bad. The same goes for all you Pisces out there.

Stop trying to be a hero. Every time you open your mouth, it sounds like we're listening to an audiobook of “The Secret,” and frankly, everyone has had it up to here with your inspirational bullshit.