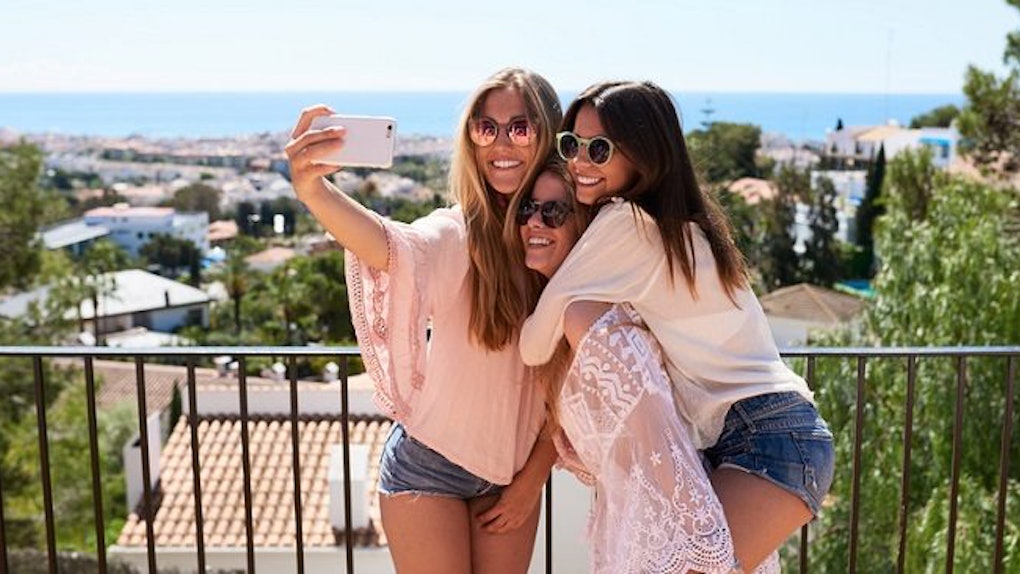 How Being The Youngest Sibling In The Family Makes Life Different

I'm not going to sugarcoat it; growing up the youngest in my family was pretty difficult at times. Anyone who's the youngest sibling totally knows what I'm talking about. You were treated like a kid even though you told everyone you were old enough and super responsible. They just never believed you because of that innocent baby face.

Don't get me wrong, being the baby of the family came with a lot of perks as well. You weren't forced to be the responsible one like the eldest sibling, and you had that go-to, cute smile that could get you out of a lot of sticky situations. Here's how your life is completely different as the youngest child. Your siblings may be jealous of some of these, but you know you totally rock anyways.

1. You Get Away With A Lot More

I may be skewed in my perception, but I'm pretty sure I'm always right in an argument with my sister. However, even if I may be wrong, I know I can always pull out the innocence card to win. You were the cute baby, so your parents were more likely to believe you because your older siblings should have known better, right? In any situation, you can pull out a pair of sad eyes that usually work to get you to win an argument, or for someone to drop whatever they were upset about.

2. You're Babied By Literally Everyone

It's harder for anyone to ever take you seriously as an adult because to them, you will always be the baby. Even though everyone was once a kid, you were the last baby to pop out, so it's fresher in their mind. They can't forget you in your diaper, so it's hard for them to see you as a successful businesswoman.

3. You're Used To Getting Left Out

You're the youngest, so not everyone wanted to hang out with the baby of the group. People tend to think they're too cool for you because they're older, even if it was just by a year or two. Age was huge when you were kids, so the baby got left behind. Sure, it sucked to be left out of playing games, but it made you more comfortable with yourself and being alone, which is super valuable now.

4. You're More Of A Dreamer

Where your oldest sibling had to be more responsible, you got to stay young longer, which means you're most likely more of a dreamer. You didn't have to think about money as much or taking care of your other siblings. You probably went for more of a dream career, and heck, one day that could even make you a millionaire.

5. You May Find Your Independence Later In Life

Since you've been babied, you may tend to find your independence a little later than everyone else. It might not be until you're off at college and finally away from home. When your older siblings left for school, your parents' attention was fully on you, because they didn't want to lose all of their kids. This made it a lot harder for you to live on your own for the first time. You probably had to call your mom for help more than your other siblings did, but that's definitely not a bad thing, because you still call her more now just to catch up.

6. It's Harder For You To Be Away From Home

You probably tend to get homesick a lot more. Your other siblings had more freedom to leave, so they got used to being away from home. You were kept so close, that now you're more attached and it's harder to be away.

7. You're Used To Being Resourceful Because Of Hand-Me-Downs

You were given all of the hand-me-downs, so you're used to being thrifty with clothes. You've probably kept a pair of pants around for longer than you should have. You can patch up a few holes and they're as good as new.