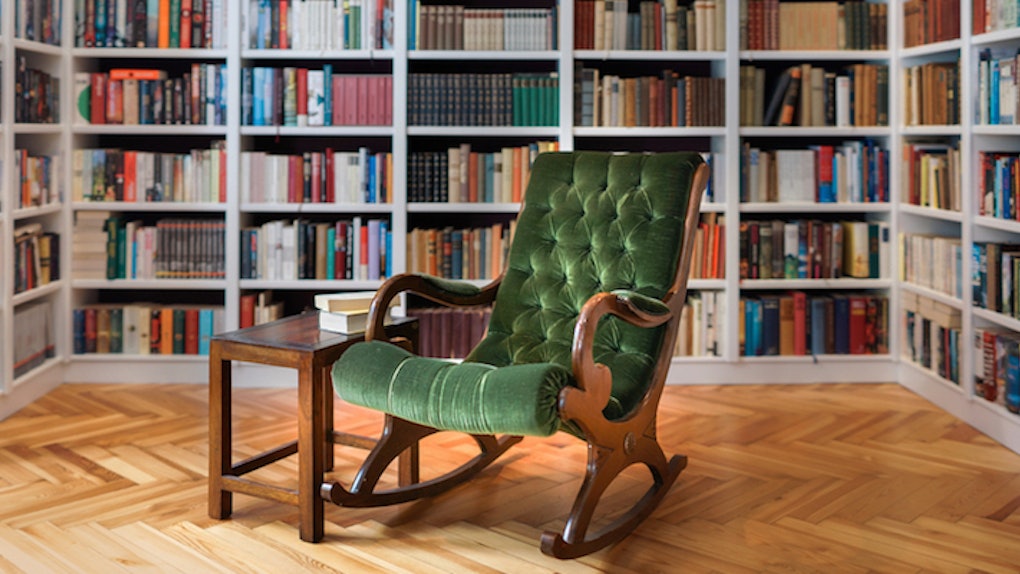 Reading for pleasure is somewhat of a myth these days. Being that it's the height of the fall season, life for most of us is busier than ever.

Whether that means remaining stationary in the library for hours on end sipping your third cup of caffeine, or answering e-mails until you're ready to self-diagnose tendonitis, cramming in a break to read a book for fun sounds like something only a TV character has time for.

Yet, chances are you still manage to scroll on your newsfeed for half an hour before getting some shut-eye, so maybe picking up a book here and there isn't such a crazy idea after all.

It doesn't have to be Shakespeare, or "Finance for Dummies" (unless you're in to that type of thing), but reading is a way to relax, learn something new and dive into another world. It's really something we can all use every now and then.

Below is a list of six books that are worth making time to read.

1. "Six Of Crows" by Leigh Bardugo

Compared to "Ocean's 11" by NPR, this whirlwind of a novel centers around a band of six criminals whose mission is to break into the most secure prison in a made-up world.

The heist takes up the majority of the story, but it's anything but one-dimensional. The sequel, "Crooked Kingdom", is out now so make sure to pick up "Six of Crows" before you read any unexpected spoilers.

2. "With Malice" by Eileen Cook

The Amanda Knox documentary recently hit the streaming airwaves on Netflix, and for anyone who's been following the mystery or is simply intrigued by the idea of a young adult thriller, "With Malice" is your book.

The story follows Jill, a student coming back from a trip abroad that she doesn't remember, whose life is not as she left it.

The Titanic wasn't the only doomed vessel in our history to set sail; "Salt to the Sea" tells the tale of World War II MV Wilhelm Gustloff from the perspective of four teens each on their own path.

It's a compelling read that'll open your eyes just a little bit wider to a different part of history that's often untold.

4. "The Heiresses" by Sara Shepard

We can't help but remember authors by their most publicized work, which is why Shepard's name probably rings a bell as author of "Pretty Little Liars."

Not so fun fact: The show that stemmed from Shepard's nail-biting teen series is ending next season, but all the more reason to become a fan of "The Heiresses."

It follows the misfortunes of The Saybrooks, a wealthy family basking in the perks of high society, only to find out their empire might come crashing down in the most unexpected way.

5. "Z: A Novel Of Zelda Fitzgerald" by Therese Anne Fowler

Zelda was the wife of 20th century writer F. Scott Fitzgerald, the couple of the Jazz Age.

My appreciation for this book might stem from my belief that I'd be a flapper in another life, but I stand by the fact that everyone should read this historical fiction novel.

Although fictional, Fowler did extensive research on the Fitzgeralds' lives before, during and after their days as darlings of the Roaring Twenties, which breathed depth into this story of glamour and heartbreak.

6. "The Girl On The Train" by Paula Hawkins

OK, OK, so everyone was talking about this book this summer, and either you've read it or are tired of hearing about it. But for the latter, or those of you who still have it on hold at the library, don't give up.

The thriller is a page-turner for the 21st century reader with an attention span of five minutes. Case in point: I finished it in one sitting and didn't check my phone once nor did I care.

For fans of "Gone Girl", be sure to read "The Girl on the Train" before the movie hits theaters this month.