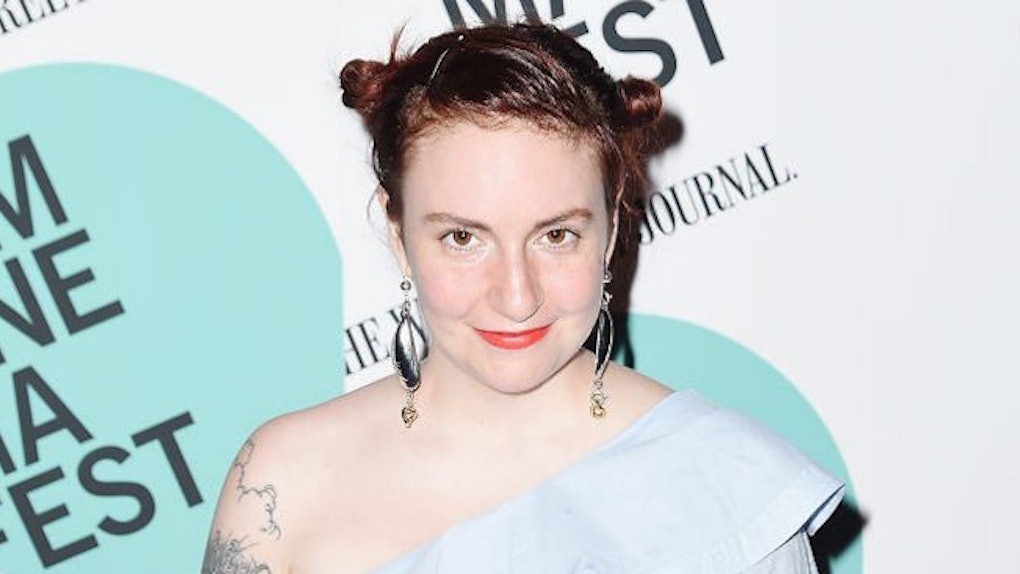 Lena Dunham has her first post-Girls acting gig lined up, and it will come as a surprise to most fans. The headline-grabbing writer and actress will star in the upcoming seventh season of American Horror Story.

As if Hannah Horvath's volatile relationship with Adam wasn't scary enough, Dunham will be turning the horror up a notch on AHS. Ryan Murphy announced the surprising casting decision on Twitter Wednesday night.

Of course, in true Horror Story fashion, Dunham's role in the new series is being kept under wraps, but Hollywood Reporter editor Jackie Strause did confirm Dunham would not be a regular, only appearing on one episode of the new season.

Lena Dunham joins a handful of other exciting newcomers previously revealed by Murphy to be making their AHS debut in Season 7, including Billy Eichner, Billie Lourd, and Colton Haynes. AHS vets Evan Peters, Sarah Paulson, and Cheyenne Jackson are also confirmed to star in the new season.

While Season 7 is shrouded in mystery right now, the good news is it won't be for much longer. Murphy confirmed the season's theme will be revealed sometime on Thursday, July 20.

Right now, what we know is the new season will be set around the time of the 2016 presidential election and will have a political bent. A vocal political activist throughout the recent election, it will be interesting to see if Dunham's role will be somehow involved in this political storyline.

This one-episode role marks Lena Dunham's first acting job since her long-running HBO series Girls concluded in April after six seasons. In his announcement, Ryan Murphy wrote he and Dunham are friends and have always wanted to work together.

We'll just have to wait and see what Dunham scares up in the new part. Season 7 of American Horror Story is slated to premiere this September.