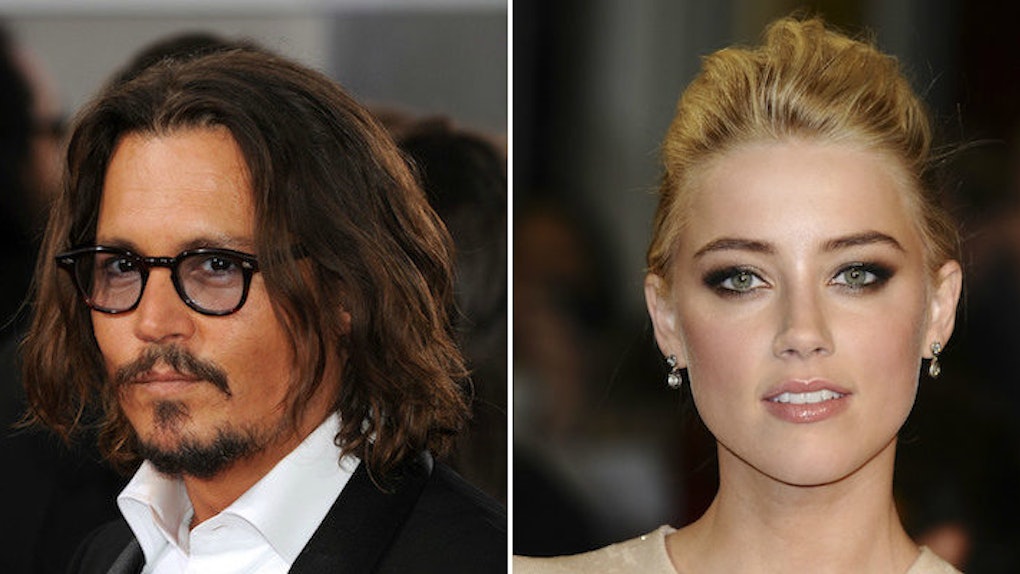 In an old video just released by TMZ, Johnny Depp can be seen raging around his kitchen and yelling at Amber Heard as he tries to help himself to wine.

In the video, Depp is kicking something and swearing loudly, and Heard asks him, "What happened?"

Depp paces angrily and the two discuss the event in vague terms.

At some point during the conversation, Depp loses his temper and smashes a glass in front of Heard before violently taking her recording device, presumably her phone, and asking her if she's recording him.

Just before doing so, Depp says, "You want to see crazy? I'll give you fucking crazy," as he pours himself a very tall glass of wine.

According to TMZ, this video was shot about six months before Heard first accused Depp of abuse in May. Sources connected to Depp also told TMZ the video was "heavily edited" and that Heard was encouraging Depp.

I suppose that could be the case, but Heard seems pretty serious in the video, and the "Pirates of the Caribbean" star doesn't seem to be playing around.

Either way, this is just the latest news to come out about Depp and Heard's relationship in light of their divorce and her accusations that he abused her.

Her camp accused Depp of abuse, and his camp accused Heard of fabricating everything and basically blackmailing Depp, which, of course, her side denied.

It seems this video is the newest thing to surface from what's definitely been an ugly divorce.

According to reports, Depp even changed his Amber Heard tattoo, and he's attempted to keep the divorce totally under wraps and out of the news by filing a petition to keep all forthcoming legal proceedings on the divorce private.

Well, Depp might be able to keep the court battle quiet, but it seems there isn't much he can do about this video.

In any case, damaging as the video might be to Depp during the divorce proceedings, TMZ notes the video probably wouldn't be allowed in court, as Depp didn't know he was being recorded.