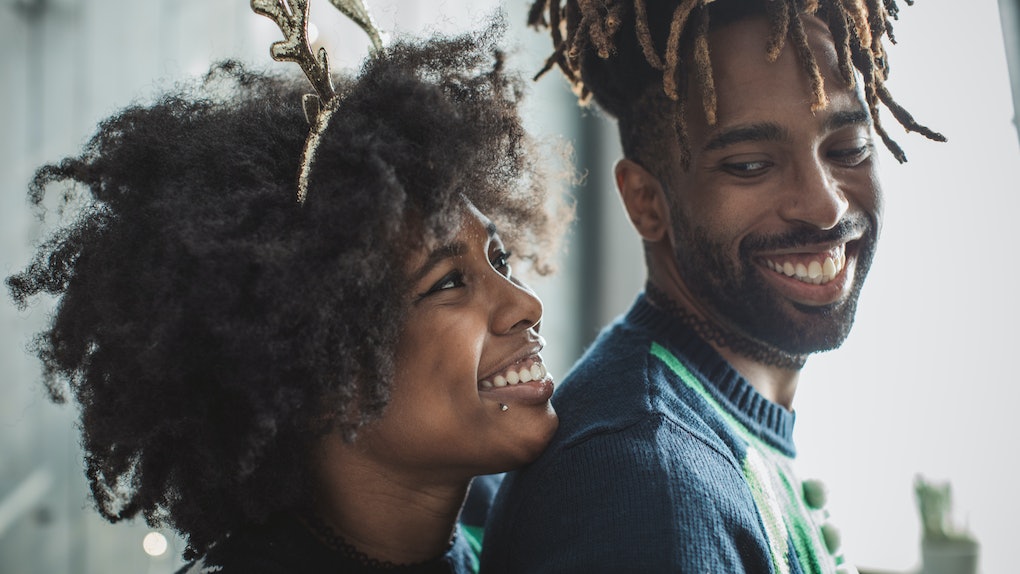 As a Virgo with Leo tendencies (I was born on the cusp), I've always been profoundly picky when it comes to the people I date, sometimes in the most detrimental ways. That was, until another Virgo entered my life seemingly out of nowhere. Ruled by Mercury — which promotes rationality, logic, and realism — and born under the sign of the mother, a Virgo embodies understanding and overt honesty, which is part of what makes a Virgo man and Virgo woman (or just two Virgo partners) so great for each other.

A Virgo, which is the Latin word for "virgin," is tough but adaptable, sensual, and incredibly talented. But, a Virgo can also procrastinate and be stubborn as hell. Too much of something isn’t always a good thing. Some certified astrologists warn against dating your own sign, as many similarities could cause a lack of balance in the relationship. But, Virgos might just be strong enough people that those who work best with them romantically are those who are the most like them. When you have two Virgos dating, you might be surprised at how well the relationship works out. With their selflessness, generosity, and practicality, a Virgo might just need another Virgo in their life. I spoke to Clairsentient Astrologer Valerie Mesa, who’s also a writer for Elite Daily, to understand what makes two Virgos work so well together.

1. Virgos Can Break Into Each Other’s Core

As serious people, Virgos sometimes come off as critical, insensitive, no-nonsense types who know a lot of people, but keep a very tight circle of friends. “On the dark side, two Virgos can easily lose track of the bigger picture, given their uncanny levels of precision and razor sharp focus to detail," Mesa says. But beneath the surface, Virgos are actually fair, honest, and selfless. As the "mothers" of the zodiac, it is embedded in their fabric to take care of people.

Two Virgo partners will almost immediately intuitively get one another. They can’t help it — they just vibe. As strong nurturers, Virgo partners offer each other a level of patience and understanding. The couple will explore new forms of communication together, and before you know it, both have gained a lover and a friend.

2. Virgos Care About Each Other

Whether two Virgos are getting serious about their relationship or just beginning to date, once they have each other's attention, they expect nothing short of emotional loyalty. Mesa says, "Virgos express their loyalty [through] acts of service."

One of the five love languages, “acts of service” means that a partner shows their love by doing things they know you’d like them to do, like cook a meal or take out the garbage. Virgos are naturally supportive and attentive individuals.

3. Virgos Have A Practical Bond

Virgos are people who will work hard and never apologize for it. Both partners give their all to everything they do. Each partner is organized, thoughtful, and sticks to the schedule. Mesa says that Virgos "enjoy traditional courtship, and a partner who's highly attentive to detail."

As independently efficient people, neither Virgo would waste their time on a second date with someone who doesn't inspire them. Virgos are not ones to date people they may not like. "Of all the zodiac signs, it appears that the three earth signs least like to casual date," Linda Furiate, consulting astrologer specializing in addictive behavior and relationships, previously told Elite Daily. And yes — Virgo is an earth sign.

This similarity means two Virgos define their relationship early on — simply and reasonably. With this out of the way, they can concentrate on the very best part: exploring one another emotionally.

4. Virgos Have Goals They Want To Reach

Earth signs (Capricorn, Virgo, and Taurus) are resilient and realistic. A "Virgo’s key purpose in life it to be productive with the intention of serving the mind, body, and soul,” Furiate previously told Elite Daily. “When a Virgo chooses to spend time in a dating relationship, they would prefer the relationship to serve a meaningful objective.”

A Virgo is a responsible planner who knows who they are right now, who has a specific set of future goals, and a general plan for how to reach them. "There's always an anchor and a buoy, except when two Virgos are around,” Mesa says. Put two Virgos together and you’ve got two anchors — partners that’ll always be on the same page about their futures, both together and separately.

This same confidence that forces Virgos to work hard also allows them to recognize when to take a step back and just relax. Analytical from birth, Virgos have mastered the art of the joke.

In a Virgo-Virgo partnership, each partner will pull out the cards when they want to see their SO smile. Both share this sense of evaluative, sarcastic humor, and both are cunning and quick. Mesa says, "Virgos are incredibly observant and calculating, which means it won't take long before they know how to get a rise out of one another."

Two Virgo partners are not the same person, but they do share a similar way of viewing the world that seems to allow intimacy to blossom instead of clash. "This mutable earth sign is typically submissive, given their insatiable desire to be of service,” Mesa says.

When two very secretive, sensual, and immensely generous Virgos come together intimately, fireworks erupt. A generous and thoughtful Virgo will explore aspects of sex that a partner of a less physical sign may never feel comfortable trying. Sexual and naturally service-oriented, two Virgos will stop at nothing to please each other.

This article was originally published on Sep. 4, 2015