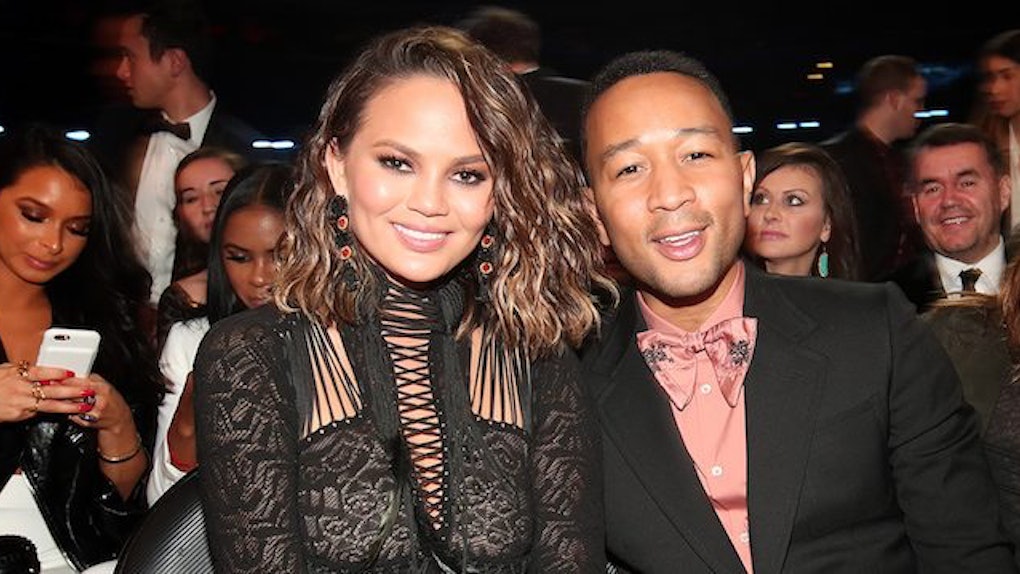 Why John Legend and Chrissy Teigen's Relationship Won The Grammys

The Grammys are a time when any one of us could get swept up in the glam and glitz of celebrity performances, red-carpet stunners and, of course, famous couples.

But lest we forget, Chrissy Teigen and John Legend are the only couple who really understands true love. The rest are just playing.

Last night, February 12, Chrissy and John took to the red carpet to do what they do best: look bomb AF together and make us all wish we knew what it was like to have true love.

Here they are being somehow hilarious and awkward AND sexy and mysterious:

They can have fun together, no matter the stakes (like a red carpet event, for example).

Even though they're mega-stars, they start off the morning before a huge event like a regular, ol' family.

This is totally how chill my morning would be when I have to attend a massive event in front of millions of people later in the evening.

They're always so proud and supportive of each other's accomplishments.

Even when those accomplishments are John being cramped into a cardboard car for some karaoke.

They're not afraid to show their emotions in front of each other.

Any couple who can get vulnerable with each other is on the path to everlasting love.

And any couple who cries over Bey (or anything for that matter) together stays together.

Even after being together for so long, John is still a gentleman, even while drunk.

The model's Snapchat revealed the couple sitting on the kitchen floor, and John, being the gentlemen he is, came to his wife's aid and fumbled around with annoying jewelry clasps for her.

And of course, John thinks Chrissy is still "perfect" no matter what.

Even when Chrissy is sure John is mad at her, John told her, "Why would I be mad at you? You're perfect," and all of our hearts burst into a million pieces.

And I will now be tattooing that entire exchange on my butt, so I will never forget what true love looks like.

Check out the video below to see all of Chrissy's perfect Snapchats from last night: