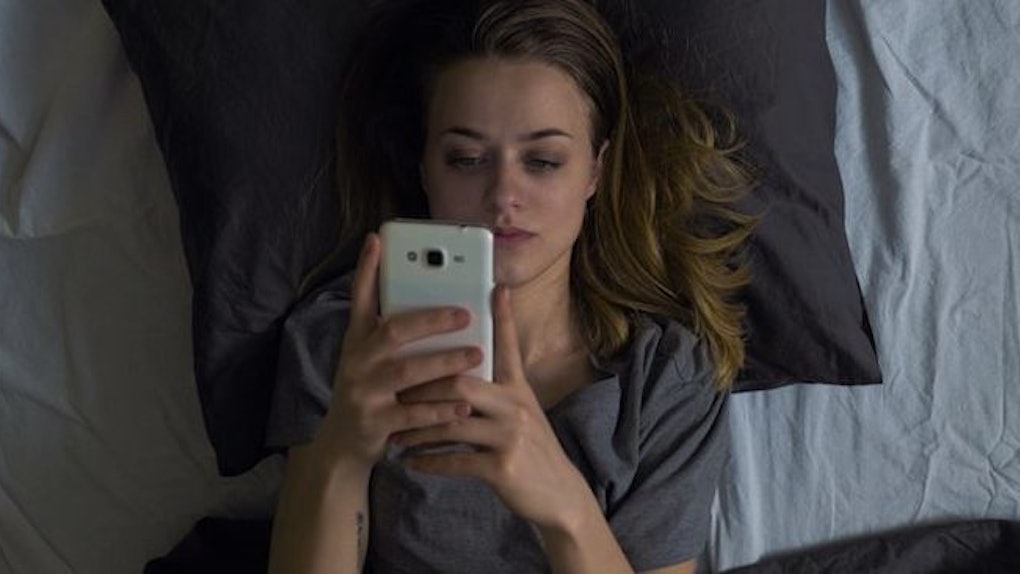 Is Ghosting OK? 6 Times When It's Justified

You probably won't hear this a lot, but I am actually pro-ghosting (within reason). I think that when we're in the beginning stages of getting to know someone, we don't owe them anything. If we choose not to see them anymore, we don't need to break up with someone we aren't even dating yet.

However, I know not everyone thinks that ghosting is acceptable. People like closure. Otherwise, you might be left wondering if you've lost your soulmate or feel rejected by that complete stranger who definitely should not define your self-worth — like, at all.

I get it, vanishing from someone's life is complicated. But when is ghosting someone OK?

Well, here are some times when I think ghosting someone is totally justified. Because you don't have to keep talking to everyone. That's just people-pleasing behavior.

1. If You've Been Disrespected

If someone has seriously disrespected you in any way, whether you've been dating for one day or one month (or one billion years), you're allowed to ghost.

While it might be a good idea to let someone know what they did that offended you so they don't become a repeat offender, you should feel absolutely no shame in unfriending, muting, blocking, or ignoring someone who repeatedly either disrespects you or causes you any discomfort or harm.

If someone wasn't worried about respecting you, then you shouldn't worry about ghosting them.

2. If You Find Out Scary Information About The Person

If you find out the person you've been talking to has a seriously bad rep, then it's time to diss and dismiss them, because you don't need that kind of drama and negativity in your life!

Listen, I firmly believe that we should not base our opinions of people off of rumors, and we should judge others off our own experiences with them. But if you find out your crush is a serial cheater, is verbally or emotionally abusive, or otherwise just bad news, then it's your prerogative to split without warning.

3. If You've Only Been On One Date

I once went on one date with a guy, and when I got home, I had a novel of a text message from him about how he and I shouldn't see one another again. Why was this strange man breaking up with me when he was absolutely not my boyfriend or someone I had any intention of seeing again either?

Here is my belief: We do not need to break up with people we are not actively dating. It doesn't do anyone a favor, and if anything, it can seem kind of condescending.

You're not committed to every person you date, and most likely, you won't like most of the people you go on dates with. Just don't reach out to them for a second meeting. Part of the luxury of being single is avoiding breakups, right?

4. If You've Never Even Met

Talking to someone you've decided you actually aren't that into on a dating app? Then, uhhh, just stop talking to them.

I once had a girl friend “break up” with a guy she hadn't even met yet once she decided she didn't want to keep chatting with him anymore. She messaged him on Bumble saying she didn't think they should talk anymore and that she didn't see a date happening in their future. (He hadn't even asked her out yet.)

But unnecessary breakups before you're even dating or hanging out in real life are exactly that — unnecessary. If you haven't even met yet, you're OK to disappear.

5. If They're Being Overly Sexual

If you get an unsolicited d*ck pic from someone, or if someone is suddenly trying to sext when you're trying to be soulful, then ghost them.

I once matched with a guy on a dating site when, out of nowhere, he sent me a nude while I was at Mother's Day brunch. I absolutely did not respond to it, nor did I respond to the several texts he sent me after, asking if I got his d*ck pic (I did) and asking why I didn't respond to the photo (because I didn't ask for it, you psycho).

If someone is getting unnecessarily sexual with you to the point of causing you discomfort, then stop talking to them! Immediately! Without explanation! Boy, bye!

Let me repeat: In the beginning stages of dating, you do not owe anyone anything.

6. When You're Being Led On

If you have a feeling you're being led on or that your crush is talking to multiple girls at once and your relationship has no real destination, then by all means, let your conversation die off. There's no reason you should be happy with crumbs in a relationship, especially when you and several other people are all sharing the same piece of bread. You're not starving! You don't need to have a stale, gross, piece of bread! (The stale, gross piece of bread is the guy who is leading you on.)

If you suspect you're just an afterthought for the person you're talking to, and if they're not giving you the time and energy that you deserve, then it's time for you to dip out of that relationship. Ghost them!

Don't forget, in my opinion, ghosting is OK. When it comes to the beginning stages of dating, you don't owe anyone anything. And if you get an unsolicited d*ck pic, then ghost that person and don't look back.