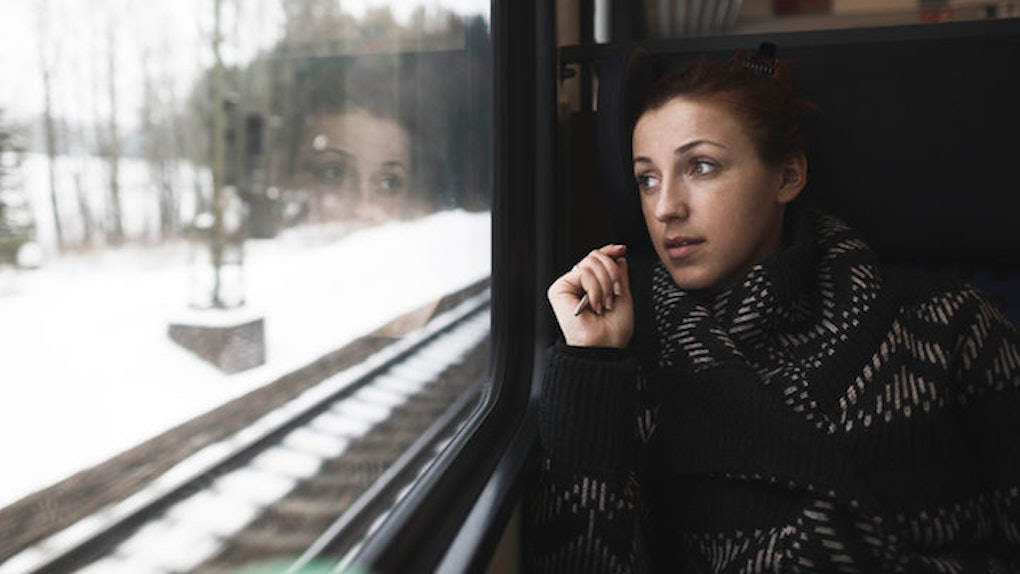 Sometimes, in tough situations, we don't allow ourselves to react to in a way that'll make us feel better.

Instead, we focus too much on trying to make sure other people think we're a strong, independent person. And in turn, we bottle things up until we want to explode.

Whether or not you get your hopes up in a situation, you'll probably still feel hurt if it doesn't work out the way you planned, especially when it comes to your love life.

But 2016's casual hook-up culture has made it impossible for us to react at all — emotionally speaking — when the situation doesn't go as planned.

If a guy turns out to be a douchebag, women are expected to blow it off because we want to be seen as strong, independent women who "think like men." And the most frustrating thing of all is, if we do react, we're immediately branded "emotional" or "clingy."

And people wonder why dating in 2016 is so hard.

Society always tries to tell us how we're supposed to react to a certain situation.

For example, if you've been "talking" to someone for over a month, and it doesn't work out, it's OK to feel hurt. It's OK to admit your hopes were let down and that you're pissed off.

And believe it or not, it's even OK to call the person who hurt you an asshole.

Does it help to dwell on things and hold grudges forever? No, not really. But it does help to openly acknowledge that your feelings got hurt.

I'm not sure when we got to the point of simply reacting to a situation being considered weak, but we need to encourage each other to accept that brushing things off so quickly may not be the best way for every person to handle something.

Girls are so quick to tell each other, “It's OK. He was an asshole anyway. Just move on.” But you know what? I will move on... in my own time.

If wanting to talk about these disappointments makes me a "whiner" and "too emotional," so be it. But for my own health and sanity, it's what I need to do. I shouldn't have to fear the judgement bound to come from everyone else.

Often, millennials as a whole are considered whiny and overly sensitive for this reason alone, and that's really frustrating. We vent our frustrations (out loud or on social media) and get flack for it in return.

Cry at work? You're weak. End a relationship and want to lie in bed for days? Get over it. Lose your job? Go out the next day and immediately find a new one.

We need to encourage each other to react to situations in a way that makes ourselves feel better. Don't shame another person just because they reacted to a situation differently than you would've.

Human beings are naturally emotional creatures, and regardless of if you think someone's being whiny AF, you need to respect their feelings and be there for them in their time of need.

If your friend feels sad their relationship didn't work out, let them vent about it as much as they need to. If your friend recently lost a job, console them and help them understand everything is going to be OK.

And for the love of everything, let's allow each other to feel our pain openly without worrying about whether or not we'll be judged for it.