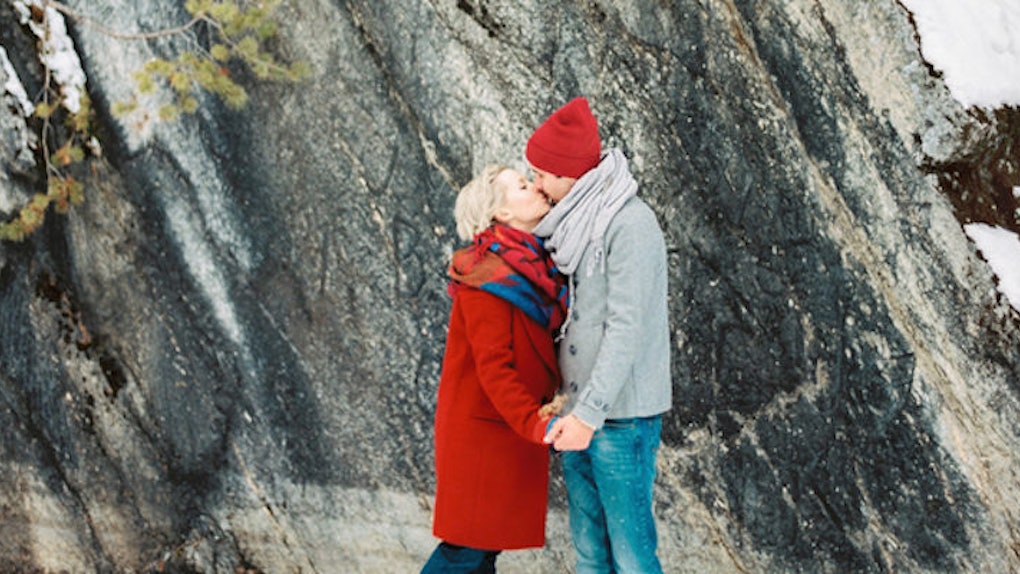 There are plenty of people you shouldn't be touching with a 10-foot pole while you're home for the holidays.

By that same token, there's an elite group of lucky bachelors who I'm going to have you consider locking lips with when you're home for the holidays this year.

You see, I'm all about living life with no regrets. From the older guy you had a crush on, but didn't have the guts to make a move on, to your best friend you were too afraid to admit you were always in love with, I think your time at home for the holidays is your big chance to find out what you've been missing out on after all these years.

Here are the 15 guys I think you absolutely should be making out with when you're home for the holidays this year:

1. The hot, young teacher everyone had a crush on

Odds are, he's still hot. And believe it or not, you're a grown woman now who can lock lips with him PERFECTLY legally.

2. Your crush in the grade above you, whom you never worked up the courage to talk to

A whole grade older seems a whole lot smaller when you're both adults living in the real world.

If not for anything else, do it for your awkward, 14-year-old self.

3. The prom date you never got a chance to hook up with

So you had to go home early instead of going to the prom afterparty, where the two of you probably would have hooked up, and you always wondered what would've happened if you did.

4. The guy you actually wanted to go to prom with, but you already said yes to someone else

He can't take you to prom now, but you can invest in a quick make-out sesh to figure out just how much you were missing out on.

5. Your best friend who was always in love with you

Odds are, he's still in love with you. And honestly, if he's your best friend, you already like his personality. So you might as well try out a kiss and see if there are any sparks there.

6. The popular guy who had no idea who you were

You're COOL now. He's not out of your league. If anything, he would be lucky to have you.

7. Your best friend you were always in love with

If you don't give it a shot, you're always going to think about him as the one who got away. So TRY IT OUT.

8. The shy guy in your history class who was always into you, even though you had no idea he existed

I bet he's come out of his shell a bit. And odds are, he's hotter than when he was an acne-ridden 15-year-old with braces.

9. Your AP Bio partner who always let you copy his homework

I'm going to bet he was a lot smarter than most of the other guys you wasted your time pining over.

Plus, he was nice enough to let you copy his homework. I say we give this guy a chance.

10. The guy with a bad reputation whom you flirted with in class but never had the guts to hang out with outside of school

He was always a little too bad for you back in the day, but the sexual tension was undeniable. He's probably still got a bit of a dark side, so I'm not saying you should marry the guy... but maybe have a little make out to ease the years of sexual tensh.

11. The guy you secretly had a thing for while you were dating your high school sweetheart

You always had a thing for him, but you could never act on it because you were with your beloved high school BF.

BUT NOW IS YOUR CHANCE TO ACT ON IT.

13. The guy who secretly had a thing for you while he was dating his high school sweetheart

You don't want to leave him wondering what could've been.

14. Your douche-y hook-up buddy's nice friend you never gave a chance to

Every time that douche-lord would screw you over, this guy would come clean up the mess and listen to you cry for hours. He is the guy you should've been with the whole time. Now's your chance to fix that mistake.

15. The nerdy valedictorian who's a super successful tech guy now

Do it for the story.

All right, pack on the Burt's Bees. You've got some makin' out to do!