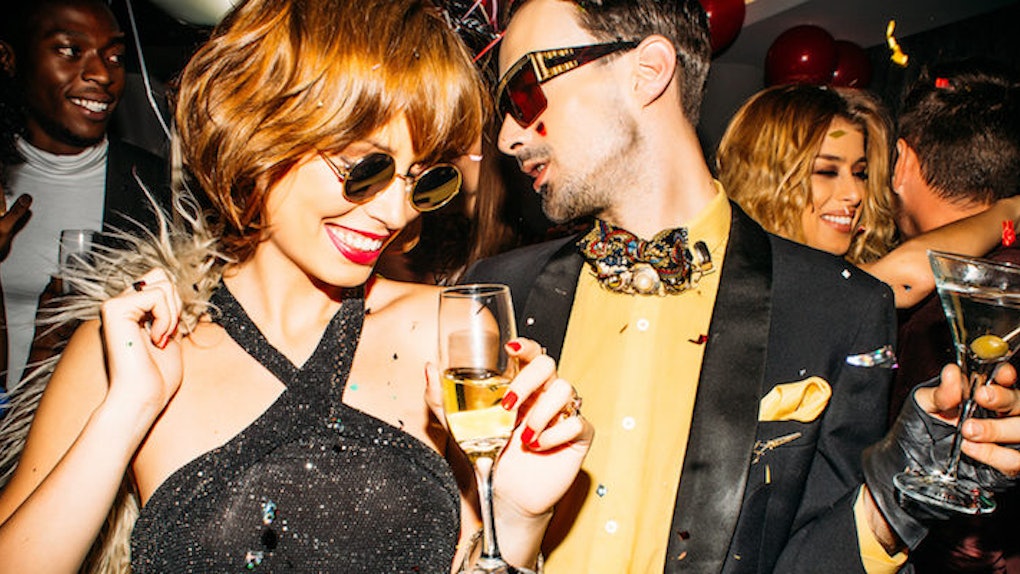 Guys Reveal Why They Slept With Engaged Women

The cliché that all guys like the chase really comes to life when we hear about guys going after women who are totally off the market, whether married, in a long-term relationship or wearing some bling on their ring finger.

So while you may think someone who is committed to walking down the aisle is completely off-limits, it's a mission for some guys to get them.

But for others, the women are the ones who are chasing after them.

Check out these six true stories of guys who admit why they said yes to sleeping with an engaged woman, who was just months, weeks or even days away from saying "I do" to somebody else:

I started flirting with this chick one night at a bar when I was out with all my guy friends, and we ended up going back to my place. We spent the night together, and the next day, I went to go add her on Facebook. I saw she was engaged. I was outraged because I would never have pursued her, even for just the night, if I knew she was engaged. I texted her basically saying WTF, and she never wrote back.

There was something really hot to me about chasing a girl who was semi-off the market. Like, she wasn't married yet, so there was still a chance I could get her to want to be with me, so it was a chase. I kind of enjoyed that. Plus, she was into the thrill of the whole thing. When she did finally get married, we stopped hooking up and talking. At that point, I knew I was just entering into a very messy situation if she ever got caught, and I wanted out before it ever got that bad.

3. I knew it wouldn't turn in to anything.

One of the main reasons I was so down to hook up with an engaged girl was because I knew she wouldn't be clingy or attached. I met this girl while out on her bachelorette party, and it turned into a drunken night of shenanigans. I liked it because I knew it was a one-and-done situation, and she wouldn't be trying to get with me again the next morning or in the future. I didn't even take her number or give her mine.

4. I checked off an item on my bucket list.

I mean, guys have bucket lists of the types of women they want to hook up with before they settle down. Hooking up with someone married or engaged was on my list, so I found a way to check that item off. I didn't feel bad or good about it. It just was a goal of mine.

5. I hoped she'd call off her wedding.

I found myself in this really weird, emotional relationship with someone I work with, who happened to be engaged and getting married in three months. She totally fell for me too, and we ended up getting together secretly. I really did fall hard for her and I hoped she'd call off the wedding and be with me. I tried to knock some sense into her and tell her that if she was getting so attached to me and everything, clearly the guy she was marrying wasn't the right guy. But she did end up going through with the wedding. Eventually we didn't speak or even look at each other at work. It was a tough situation for me that I still haven't gotten over.

I have standards and morals, so I would never actively pursue someone who was engaged or even had a boyfriend. But I was out one night, and this girl was all over me, even with an engagement ring on. What was I supposed to do? Turn her down? Well, I didn't. I think she wanted to get with me as her last fling before the ring type of thing, and I was cool with that.