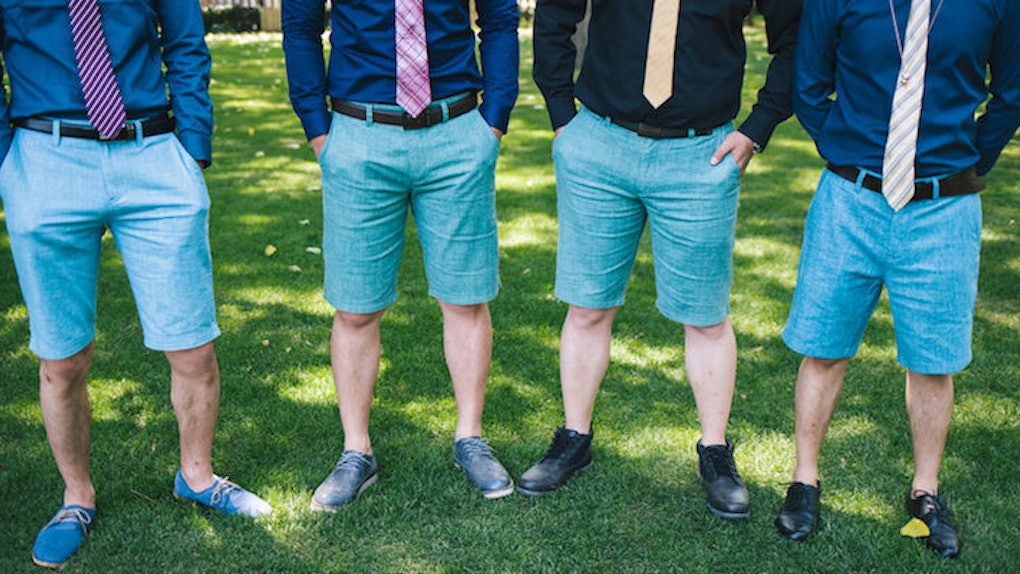 Guys Confess How Their Weddings Would Be If They Planned Them

Have you ever wondered what your wedding would look like if, say, someone else planned it for you? Someone who doesn't know how to access your secret Pinterest boards and doesn't stalk wedding hashtags on Instagram all day?

Chances are, it would look anything but like what you dreamed your wedding day would look like since you were a toddler.

It may be better, worse or so strange that, when you walk into the venue, you pinch yourself, not because you're happy, but because you desperately hope the whole thing is actually just a nightmare you'll wake up from.

And that might just be what would happen if you let your boyfriend plan your future wedding for you.

Just listen to how these seven guys would plan their wedding if they planned it alone:

I'd skip the fancy feast and have cheap pizza and craft beer for all my guests. It wouldn't matter to me if the guests don't like pizza and don't want to drink beer because it's my wedding and that's all that matters. Plus, whoever doesn't like pizza is probably a person I wouldn't be friends with and have at my wedding in the first place.

2. It would be on Super Bowl Sunday.

OK, it sounds crazy, but I'd pick Super Bowl Sunday as the day for the wedding. We'd have the ceremony in the morning with a brunch type thing after. At night, we'd have the venue put out big screens and have chips and finger foods for everyone to snack on. It would be two awesome events all crammed into the same day.

I got married last year. My wife planned the whole wedding and it cost over $100,000. Her parents paid for it, or else we would never have a wedding like that. But if we could turn back the clocks, and I was in charge, we'd have a wedding on a tight budget because I would never pay more than $10,000 for a party that lasts literally eight hours max.

4. Nobody would be invited.

I'd cut distant relatives, work friends and people I haven't seen in a year off the guest list. So that would probably leave a total of 50 people I'd invite. I think weddings with 200 or 300 people are stupid. You don't like 75 percent of those people, so why have them at your party?

5. It would be chill with a capital C.

I'm totally down for, like, an island-themed wedding on a beach somewhere or in Mexico. Something that's super chill, and if you walked by, you wouldn't think it was a wedding. You'd think it was a sick party with good food, live music and a postcard backdrop.

6. There would probably be no wedding.

If I were ever in charge of planning a wedding, there wouldn't be a wedding. I'd elope, take any money given to me to pay for the wedding and do something smart with it, like buy a house.

7. I'd have couches instead of tables and chairs.

I never understood why weddings were so formal and people sit at tables? If I were in charge of a wedding, I'd make everyone sit on couches — long couches. That's really my own request for my future wedding.