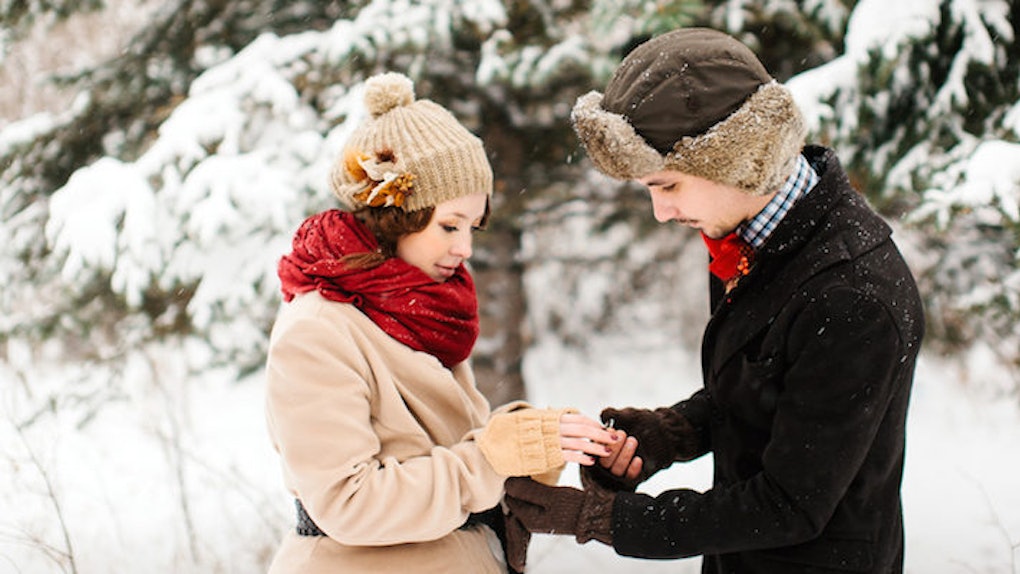 But when you're someone like me who works in the wedding industry, and often find yourself front-row center up at the altar almost every single weekend, you start to see that people get married for a lot of different reasons.

And that reason is not always the four-letter word we all imagine it would be.

Some get married because they don't want to lose the person they've been breaking bread with for years; others do it for the simple reason that the other person has way more money than they do.

And some get married just because they are at an age when being single is no longer a trendy thing to be.

Check out the real reason these guys are proposing, none of those reasons involving love:

"Found myself a sugar momma."

The girl I've been with for a year now makes way more money than I do. I haven't been able to get my shit together or find a career that interests me. I'm constantly in between jobs and trying to get one that pays me a decent amount. Right now, I'm working at our local grocery store. She's a VP at her company and makes close to $250,000 a year. That's why I'm looking to propose. It'll be great financial security for me and my [potentially] lame future.

Everyone tells me all the time that I'm dating up. I found someone way hotter than me or any of my past girlfriends. At first, I couldn't figure out why this girl was with me. I'm not rich. I'm not really funny. But we have a great connection, and I know it's not all about looks. She really is the one for me.

I'm approaching the big 4-0, and I've never settled down. I'd like to have kids and a real family. Right now, I've just been living [with] and dating my girlfriend for three years. I [haven't] been eager to marry her just because I have loads of commitment issues, but then I look at myself in the mirror and realize I'm not getting any older and I might as well bite the bullet in the love department.

"I want her benefits."

My girlfriend and I would joke that we should get married just for the benefits, the tax benefits and her health insurance benefits, since I'm a freelancer and she works full-time. Well, I'm starting to think it's a better idea than joke. That's my reason for proposing next month.

"I was given an ultimatum."

Basically, what happened was my girlfriend of two years told me that if I didn't pop the question in the next few months, she'd move out and break up with me. I'm totally serious. I get it. She wants to settle down; all her friends are and everything. I just didn't want to rush it. But I also don't want to lose her just like that.