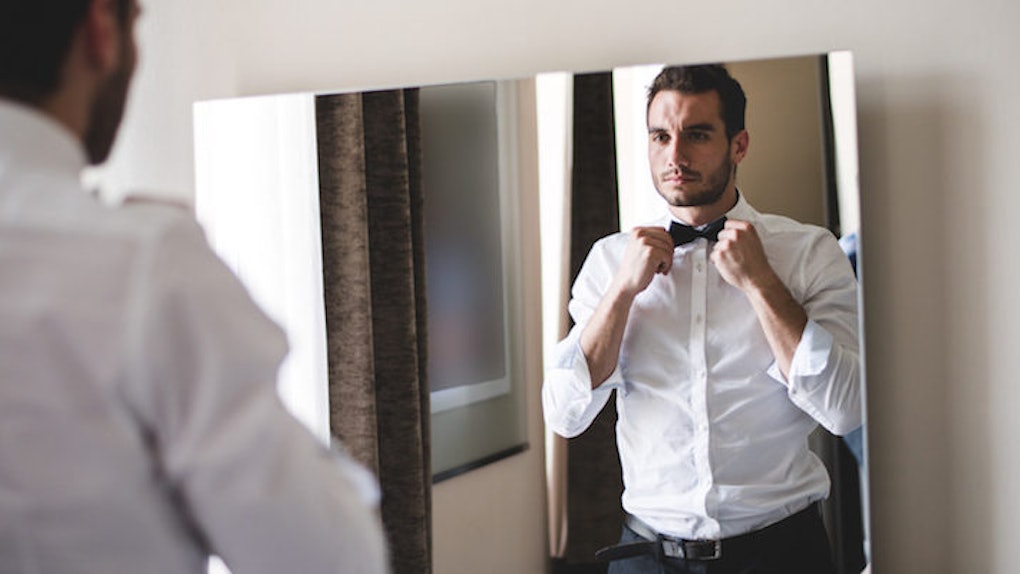 Getting married young isn't on every single guy's bucket list.

This is especially true in the age of dating apps — if you swipe right enough times, you may find yourself with a dating roster of more women than you can manage at any given time.

But for some guys who met "the one” in college, or before they were legally old enough to rent a car, getting married in their 20s was their next step, regardless of their age or their friends' relationship statuses.

So if you're on the fast track toward tying the knot before your 30th birthday, take some advice from these seven guys who got married in their 20s:

Listen to your girl when she speaks. Always listen. If not, you will have no idea what is going on, ever, and it will be the cause of every single fight. Honestly, when you listen when she speaks, it makes your relationship and marriage solid because then you are on the same page. I guess more than listening, take the marriage seriously. Realize the person you're looking at every day isn't just anyone. She's your wife, and you have to give her mad respect.

Everyone was always telling me, when I get married, things will change hardcore. I mean, it was easy at first because we already lived together and stuff, but then, like a year in, things did change. We hardly went on dates or had nights out. We didn't talk as much or as nicely to each other as we used to. We got, like, really lazy. The excitement started to die, and I was really worried we wouldn't make it. When we talked this out, we decided not to let this idea of being married ruin our idea of having 'us.' So marriage doesn't have to change everything if you don't let it.

3. Figure out your finances.

Neither of us had money so we didn't do a pre-nup, but we also didn't talk about debt, student loans or joining our savings account. When we got married, shit got real because we had to figure out joint accounts and credit cards and stuff. It was kind of ugly and not super romantic. My advice would be to sort this all out before getting married.

Dudes of the world, do not rush getting married! If you feel pressure from your girlfriend, leave that relationship. Only get married because, deep down inside of you, you know it's the right person AND the right time.

A lot of guys my age are terrified to settle down and get married, but, like, honestly, it's not a big deal at all. The grass is never greener, and there's really not someone better one swipe away. If you like the person you are with, don't be a baby about it, and don't be so stupidly scared of proposing.

I have to be seriously honest and say that getting engaged and married in my 20s was a big mistake. I was married by 24. I was way too young, and I feel like I missed out on like everything. If I could do it again, I'd tell the person I was dating, 'Listen, you're great, but let's hold out on becoming adults until our 30s.'

7. Get involved in the wedding plans.

Marriage is relatively easy, but planning a wedding sucks. It was so stressful. When you get married, whoever is reading this getting married, be involved with the wedding plans and say no to anything that costs more money than you actually have.