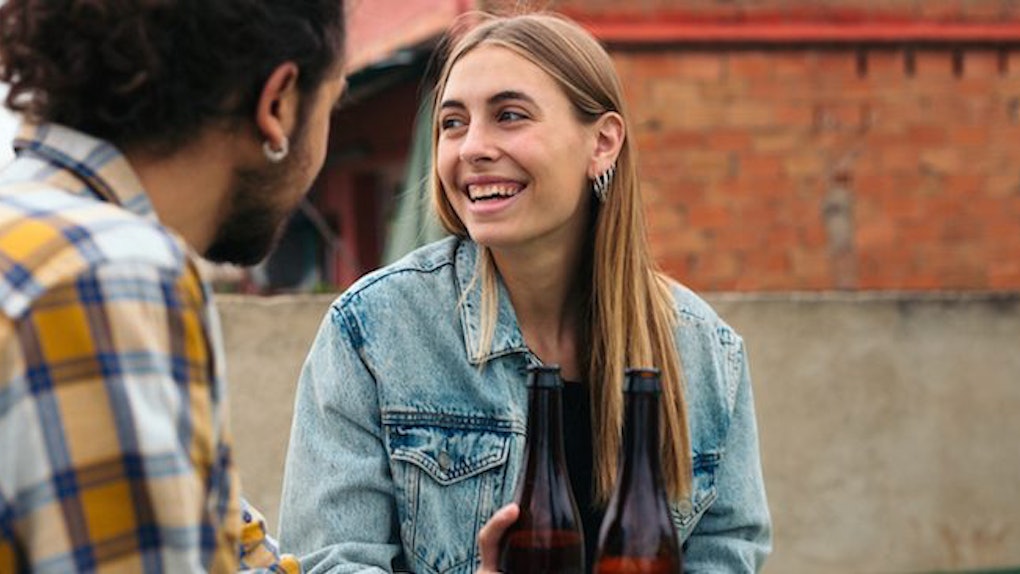 How To Ask A Guy Out, According To Guys Themselves

I have never been one for making the first move.

My current boyfriend proposed to me the day we met and then texted me for four days straight until I agreed to go out with him. And you know what? THAT'S HOW I LIKE IT.

That being said, I'd be lying if I didn't admit that part of the reason I hated the idea of making the first move so much when I was single was because I literally had no idea how to go about it.

I was always way too terrified of saying something weird or coming off "too strong" to make that first move and tell someone I'm interested... which could also be a very valid reason for why I didn't get into my first relationship until the ripe age of 23.

Don't be lame like me. Make the first move.

And if you need a little help on how to go about making it, these guys on Reddit have some trusty tips for you:

Write him a cute (or maybe kind of creepy — I can't decide) poem.

Get a little ~physical~ with him.

Put yourself at risk of sounding desperate by throwing in a "please."

Try to go against all your millennial training and do it in person.

Go out for dinner.

Ask him for nudes then Jedi-mind-trick him into a date.

Go with a hip, happening, cool "yo!" as your opener.

Do a little dance.

As you could tell by some of my more ~sarcastic~ comments, some of these pieces of advice are better than others.

The best advice here, if you ask me, is to just stop being scared and ask the person you like. The worst they can say is no. And however you do it is probably just fine.

Citations: what would be the best way for a girl to ask you out? (Reddit)