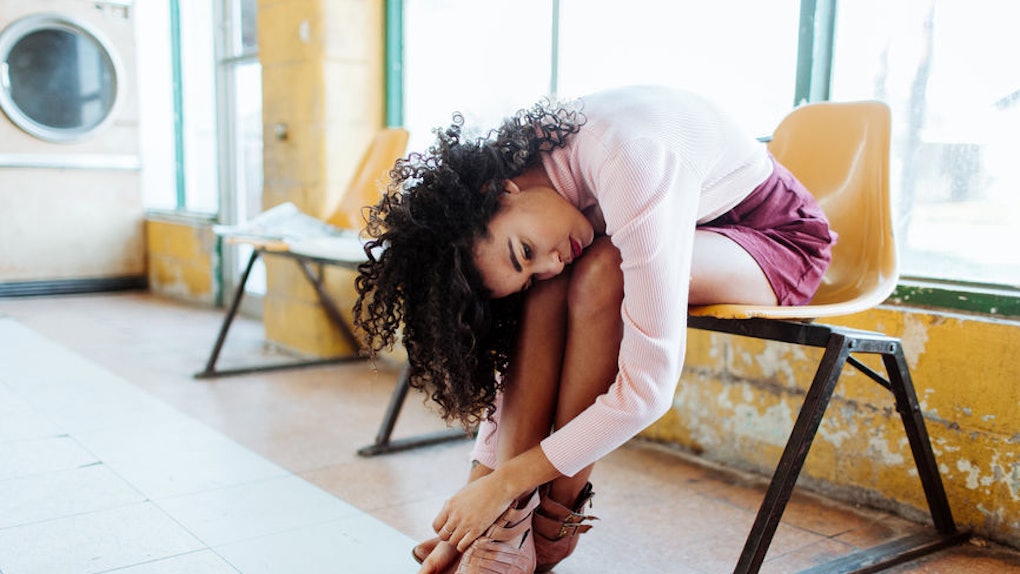 When It Comes To Handling Rejection, Experts Recommend This One Thing

Dating is nothing if not vulnerable. Not only do you expose yourself to potential hurt and heartbreak from betrayals and unexpected shifts in feelings, but you also open yourself up to the possibility of rejection — which, TBH, isn’t super easy for anyone to deal with. Getting turned down when you finally muster up the courage to ask that cute barista for her number or suggest taking your relationship to a more serious level can definitely cause a blow to your confidence. That said, when it comes to handling rejection, there are things you can do that will help you bounce back more quickly.

Namely — you can focus on self-love. Think about it this way: We all have insecurities, whether relating to our physical appearance, job, income, or personality. When someone rejects you, it’s all too easy to project those insecurities and assume that you’re not “good enough” because of those perceived “flaws.” But guess what? Rejection doesn’t necessarily mean you’re lacking in something. And that’s why experts say it’s so important to show yourself as much love and compassion as you can muster when handling rejection.

The first step, according to Dr. Gary Brown, a prominent relationship therapist in Los Angeles, is to acknowledge your inner-critic — that voice inside your head that eats away at your self-worth.

“Ask yourself: What healthy purpose does your inner critic serve?” says Dr. Brown. “What can you learn from it? Are there things about yourself that you need to look at? You have an opportunity to learn and grow from this knowledge. It takes courage to look inside and sometimes we don't always like what we see. But if we can embrace self-awareness then we can improve our chances that the next scenario may have a better outcome.”

While it’s important to acknowledge that inner-critic, there’s a difference between identifying the thoughts and giving in to them. The idea is that once you dig into your beliefs about yourself, you can figure out which ones are worth paying attention to.

“Sometimes we go down this negative rabbithole of self-hate, self-doubt, and even self-loathing,” explains Dr. Brown. “Raking yourself over the coals is not going to help you heal. What will help you recover is self-love in the form of being gentle with yourself.”

The next step is to shift where you get your self-worth from, according to Chris Armstrong, relationship coach and founder of Maze Of Love.

“Many people get their self-worth from the validation of others,” says Armstrong. “This is unhealthy because that is an externally driven influencer that we cannot control. Rejection is the opposite of validation and thus, most people lose a sense of self-worth when we get rejected.”

So, where should you get your self-esteem from instead?

“A more healthy source of self-worth comes from identifying the impact we have on others,” he explains. “This is internally driven and drives people to focus on what they are doing and how their actions impact others.”

In other words, stopping to recognize the positive difference you made in your bestie’s life during her breakup, or how you helped encourage your sister to pursue that promotion she ultimately landed, can do wonders for your self-esteem. If the rejection has really taken a toll on your confidence, Armstrong says it can be helpful to put it into perspective by asking yourself three questions: Does this rejection change who I am as a person? Does this rejection say more about me or the other person? And what makes me an awesome partner for the right person?

“Self-worth will be at the root of someone's inability to handle rejection in a self-compassionate way,” adds Armstrong. “When we lack self-worth, we assume that every mistake, every rejection, and every unlucky thing that occurs in our life is a result of something we did or something we introduced to the equation.”

The problem with this mindset is that in reality, the rejection often has nothing to do with you. Dr. Brown notes that often, it's simply a sign that you and the other person weren't totally compatible.

“I hear all the time about why someone is rejected,” says Trombetti. “Really, it doesn’t have to do with the person they are rejecting most of the time. It’s the person doing the rejecting that has the problem. I’ve heard, 'she reminded me of my boring cousin' and so they projected the quality of being boring onto that person. It could be that they aren’t over an ex. It could be where they are in life.”

Sometimes, you may need a little extra help in your efforts regarding self-love. According to Dr. Brown, it’s totally OK to reach out for some support after a particularly painful rejection.

“They say that pain shared is pain halved,” he tells Elite Daily. “I strongly believe this and highly recommend that you do not go through this rejection alone but rather seek out trusted friends and family members who have a good track record of loving you and supporting you.”

It’s all too easy to give into negative self-talk after you’ve been rejected. But the truth is, that won’t help you to heal, and it certainly won’t help you to retain the sense of self-worth you’ll need for a healthy, happy love life. So, experts agree that the best thing you can do after being rejected is to simply be kind to yourself. Self-love is a powerful thing — it can shut that inner-critic down, thus preparing you to boldly put yourself on the line the next time a romantic opportunity presents itself.