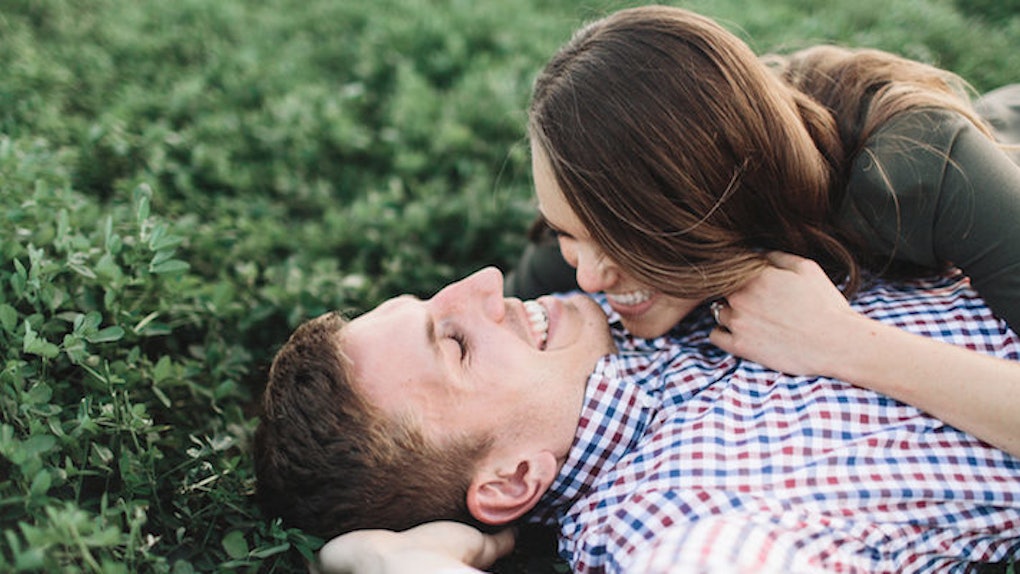 What Men Really Mean When They Call You Cute, Sexy Or Beautiful

The other day, one of my female friends came to me seeking advice. She was distraught over the fact that a guy she was interested in had called her "cute." She wanted a male perspective on what this really meant.

In her mind, "cute" was a demeaning term. When she thought of "cute," she pictured a small infant swaddled up like a cocoon.

While I could see where she was coming from, I couldn't help but laugh. She was thinking far too literally.

"Cute" has two entirely different definitions, and it's important to distinguish between them. A cute woman is different from a cute child.

I told my friend that being called cute was a compliment. And at that point, she finally stopped sobbing and let go of her blankie (just kidding).

On a more serious note, a lot of women get caught up thinking about the terms men use to describe them -- cute, beautiful, sexy -- and aren't always sure what we mean by them.

These are all a far cry from being ugly, though. So don't worry.

But if you're looking for a more in-depth clarification for a few of the big ones, allow me to explain.

What he means by "cute."

While cute women may not ooze sex appeal in a more overtly risqué way, they're alluring (and equally attractive) in their own way.

It may seem a bit debasing to call a woman “cute," since it's a word we also use to describe puppies and children. But being called cute is far from negative.

For the most part, cuteness refers to a woman's reserved temperament. A cute woman might be too shy to steal everyone's attention at the bar, but she could if she wanted.

At the same time, the cute woman is typically pretty approachable. Once you break her open, she starts to come out of her shell.

Physically, a cute woman will usually have soft features and a more youthful appearance (but still not be childish).

While many people might think that “cute” is just used as a lesser compliment for people who don't qualify as pretty or beautiful, let me be the first to tell you that's not true. A cute woman just doesn't try too hard. And -- more importantly -- she doesn't have to.

Think about Jennifer Aniston on "Friends." I've always considered her to be cute. At the same time, she's also a straight dime.

What he means by "sexy."

For the most part, the sexy woman will know she's sexy.

She's usually the main attraction at the bar. She has a presence. While a lot of her presence may have to do with some type of physical characteristic (like fuller features), the majority of it has to do with her confidence, which we all know is one of the sexiest traits.

The term “sexy” is pretty straightforward -- it comes from a place of lust. Having said that, “sexy” doesn't just apply to the bedroom or a set of lingerie. A career-driven, intellectual woman can be equally as sexy as the one with the low-cut shirt at the bar -- as long as she carries herself with the same amount of swagger.

A sexy woman is sexy because she's sexy, not because some article of clothing she's wearing is sexy.

Naturally, when a woman has all of the physical assets that men look for, that's sexy in a more explicit sense. But a lot of what defines sexiness is beneath the surface, whether that means having a wild side or a type of mystique that isn't easy to read.

What he means by "beautiful."

The sexy woman might be the one at the bar who you want to take home for the night, but the beautiful one is the one you want to hold down.

When a man calls a woman beautiful, he's talking about something deeper than lust. Personally, when I hear the word beautiful, I think of the quality that I'd look for in a wife. Beauty is physical, but it also says something about the type of woman behind the looks.

Being beautiful is different from being sexy or cute, but a beautiful woman will probably have some of everything.

Sure, a dress, a hair-tie and some makeup may enhance her appearance -- but they're probably not necessary.

Olivia Munn is beautiful, if you couldn't figure that one out.