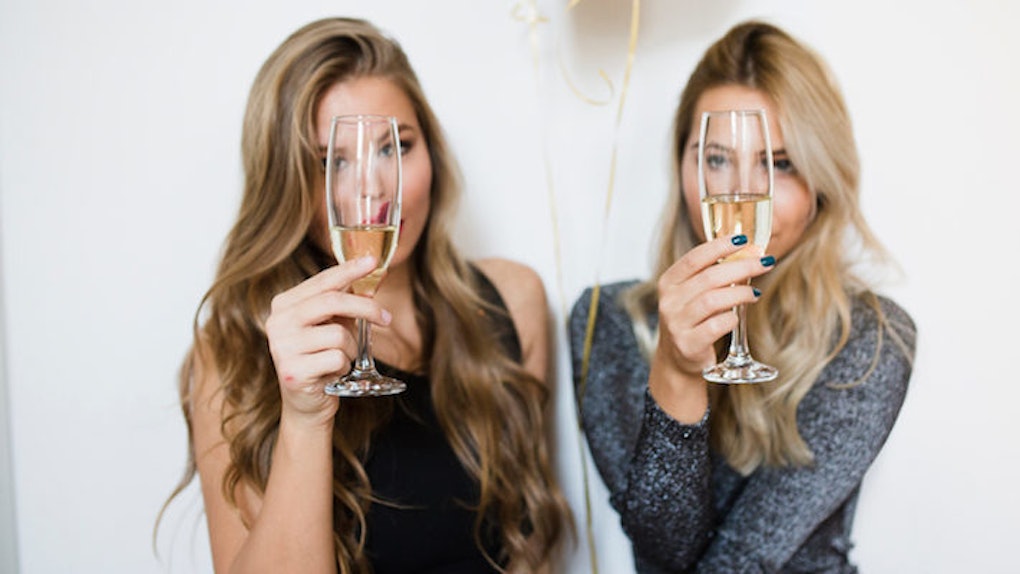 Here's Why There's One Type Of Alcohol You Just Can't Handle

We all have one type alcohol that makes us puke -- or, at the very least, makes us nauseous.

If you don't, good for you! You are truly a magical unicorn. But if you're like the rest of us, just the scent of a certain type of alcohol can activate your gag reflexes.

For me, the alcohols my body dislikes the most are tequila and wine. I've blacked out and subsequently barfed from tequila at least three times in my life, and now, I can barely touch the stuff.

I drink wine more frequently, but too much of it makes me feel fuzzy, tired, nauseous and usually leaves me with a nasty hangover.

I have one friend who looks at me in horror when I tell her I ordered a vodka soda because she can't keep vodka down. My boyfriend can't handle saké, and I have a few friends who say they can't stand the way beer makes them feel.

So, why do we react to certain types of alcohol the way we do? Let's chat.

You may be allergic to certain ingredients in it.

Some people are flat-out allergic to alcohol. If your face immediately flushes once you drink, you break out in hives or your mouth and nose swell up and you get nauseous, I hate to break it to you, but you should probably stay away from the stuff altogether.

If it's just certain alcohols that bring out reactions in you, you might be allergic to one of the ingredients in that specific alcohol. For example, some people are sensitive to the sulfites found in wine, which could be why they leave happy hours feeling like absolute crap.

If tequila produces a terrible reaction in you, you may be allergic to agave, the plant used to make tequila.

In any case, if there's one specific alcohol that makes you feel like crap or even throw up on command, you should absolutely stay away from it. It's just common sense!

You had a bad experience with it.

On your 21st birthday, the rum and cokes were seriously flowing. You puked that night and, then, the entire next day. Five years later, you won't even touch rum with a 10-foot pole.

When something makes you feel really, really bad at one point in your life, your body remembers it. For example, I once got food poisoning from Thai food and wanted nothing to do with it for years.

If you decide to give the alcohol that made you sick another shot, and it makes you sick again, it may just be your body senses danger and doesn't want to deal with that a second time.

Consider it a friendly reminder from your body.

Maybe once upon a time, you could knock back five vodka shots (hello, college), and now, you can barely have two beers without feeling nauseous.

That's why your hangover used to be cured by a bacon, egg and cheese bagel, a glass of water and an extra hour of sleep, and now, it won't go away until the next day.

You're just drinking too much.

This one may seem obvious, but it's worth noting there's a chance the tequila, vodka, rum, whiskey, wine and beer aren't to blame.

You're just drinking too much of them.

I have one particularly embarrassing memory in which my dad picked me up at my best friend's college graduation party, where I'd taken a few too many tequila shots. I had to keep asking him to stop the car so I could open the door and puke.

Because I have a trusting father who always gives me the benefit of the doubt, he innocently asked me if I had perhaps mixed alcohols.

I looked up at him, shame in my very drunk eyes, and said,

Nope, I just drank way too much.

Drink with caution, people. Life's too short to spend it barfing when you really don't have to.