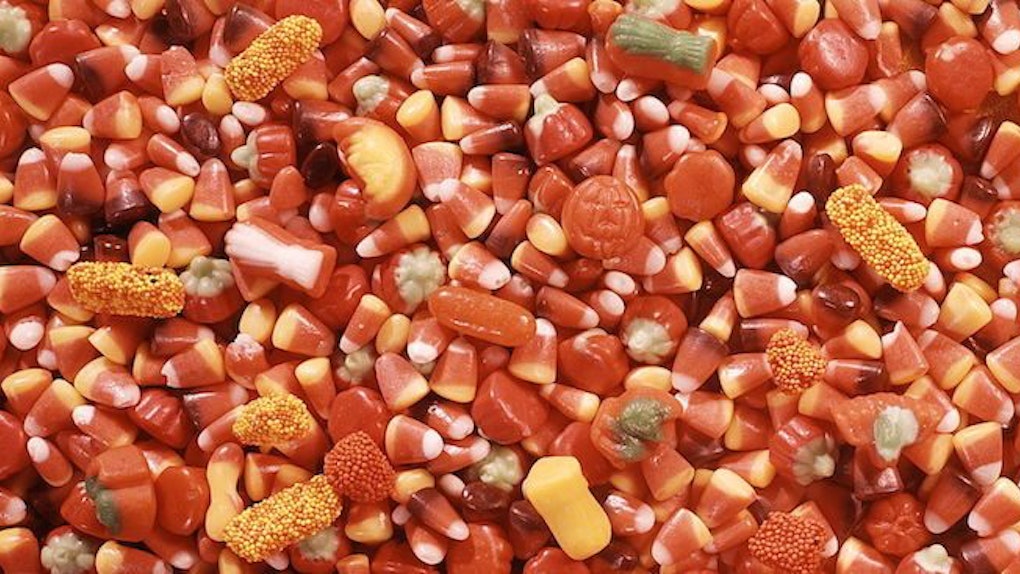 'Tis the season of all-pumpkin everything. From coffee to chocolate -- and even unusual items like deodorant -- the flavor reigns supreme. It's easy to overlook other seasonal favorites like apples and cinnamon because of the pumpkin craze, but one thing you're not going to want to miss this year is candy corn. Disney's candy corn soft serve is taking a classic and turning it on its head, so hold the PSL for just a moment.

Though the snack is not terribly new, it's managed to go unnoticed in comparison to other treats (so it goes during the pumpkin season). From Aug. 25 to Nov. 1, Mickey's Not-So Scary Halloween Party will run on select nights, so obviously this treat is a must for such an occasion. Side note: Any organization that's willing to celebrate Halloween in August is OK in my book. Bring on the spooks.

The orange-vanilla cone comes complete with a candy corn on top of the swirl. It definitely puts customers in a trick-or-treat mood. If you happen to be visiting Storybook Treats in Fantasyland, or Auntie Gravity's Galactic Goodies in Tomorrowland, snag a taste for yourself. What better way to ring in this creepy, kooky, mysterious, and spooky time of year?

Though this order is sure to be a go-to this season, Disney visitors must stay informed about the park's conditions following Hurricane Irma. In a somewhat historic move, Disney World and its attractions closed its gates on Sept. 9, 10, and 11 due to inclement weather from Irma.

A statement from Disney outlined its emergency plans, saying,

Based on the latest forecasts for Hurricane Irma and keeping safety top of mind, Walt Disney World Resort will be closing early on Saturday, September 9 and will remain closed through Monday, September 11. Resort hotels will remain open. We hope to resume normal operations on Tuesday, September 12. We will provide regular updates to our guests on all operational changes. Please continue to check this page for updates.

Though Hurricane Irma approached Orlando — the theme park's home — in a weakened state as a Category 1 storm, 70 mph winds struck the city's airport from 1 a.m. to 4 a.m. ET on Sept. 11, and that's certainly not something to disregard. Irma might be "packing less of a punch" than some originally predicted for central Florida, according to the Orlando Sentinel, but that doesn't mean the conditions should be overlooked. Disney plans to get up and running as soon as possible, but its Sunshine State neighbors might be facing more difficulty. If you want to find out a way to help, look here.

Once things get on track and Florida starts to recover from the destruction, you can look forward to a spooky (or not-so-spooky) Disney visit. A candy corn cone will be a welcomed refreshment. But for those who cannot make it to the theme park — or those who are just too wary of straying away from pumpkin — there are certainly plenty of fall options to choose from. Morning cereal, bread, and even the granola for your yogurt is getting a taste of pumpkin, so why not kick fall into high gear and give everything a try?

While you're snacking on something that screams "autumn," start getting those creative juices. It's never too early to start thinking about the Halloween costume you want to wear for the big day. Good news is Elite Daily provides simple yet effective costume suggestions for those who want to make a statement but are too preoccupied trying to figure out what type of candy they are going to receive instead — with this year's variety, that sentiment is totally understandable.

Whether at Disney or not, don't forget about the holiday's classic sweet: candy corn.